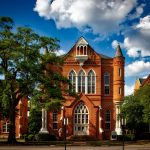 Sing Your Way through College: Ten Steps to Help Turn Your Talent into a Scholarship

Learn how to nail your college audition with this overview of Michael Chipman’s new book. With highlights from specific chapters, you can schedule your consultation lesson and be prepared to ace your post-audition interview. 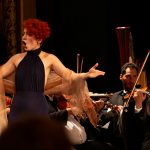 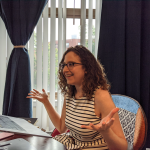 Adrienne Boris has always felt comfortable traversing multiple worlds and wearing multiple hats, as performer/director/producer of theater and opera, focusing equally on new work and old. She is now serving as the Executive Producer and Stage Director at Harvard University’s Lowell House Opera, the longest continually performing opera company in New England, as Chief
Strategy Officer at Helios Opera, and as Booking Manager at ADA Artist Management, but her artistic journey started at a community theater company outside Boston. Her parents, a lawyer and a sociologist, caught the theater bug when she was very young, and used to take her to rehearsals, where she would sing along to herself, and even appeared in children’s choruses a
few times. “I began seeing myself as a serious arts practitioner and pre-professional from a very early age, and my parents are my biggest supporters to this day,” she tells CS Music. 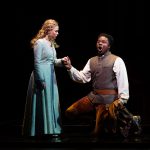 As Told By: History, Race, and Justice on the Opera Stage

Black composers and musicians have been around for centuries, but their work is just now becoming part of the canon. While opera companies and symphony orchestras began to plan works by marginalized composers in their seasons in the last few years, one group that stands out in doing this work for almost 30 years is the Boston Modern Orchestra Project (BMOP). BMOP was founded in 1996 by conductor Gil Rose and in tandem with Odyssey Opera, they are devoted to performing and recording forgotten or overlooked pieces in the hopes of bringing them back into the standard repertoire. 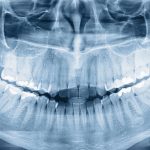 The Dr. Is In: Your Jaw and Your Voice

Dr. Jahn explains the role and function of the jaw and the problems that can be caused by chronic tension. Read on to gain a deeper understanding of jaw tension and ways to mitigate it. 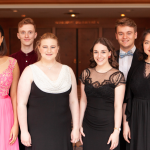 Leveling the Playing Field with Technology Created by Singers for Singers

Technology updates abound that can help classical singers with their education and careers. In this article, learn about new apps that can help you succeed, including the new CS Music App. 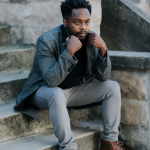 Will Liverman: Not Waiting for Permission

Fresh from his performance in the critically acclaimed production of Fire Shut Up in My Bones at the Metropolitan Opera, Will Liverman boldly steps forward as a Black artist leading others in the industry. 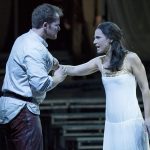 Mezzo-soprano Kelley O’Connor is one of the most exciting and versatile artists in the world of classical music. She is a quadruple threat at least, in that she is a phenomenal singer, actress, pedagogue and is simply “drop dead” gorgeous! Her repertoire is as wide as you can imagine, ranging from highly acclaimed performances of such dramatic heavyweights as Britten’s Rape of Lucretia with Boston Lyric Opera, 2019 and Mahler’s Das Lied von der Erde  with both BBC Scottish Symphony Orchestra and Dallas Symphony Orchestra, 2019, to a string of world premieres by international composers, including her Grammy winning portrayal of Federico García Lorca in Osvaldo Golijov’s Ainadamar. 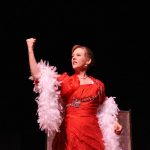 Acting for the Singer: Opera vs. Musical Theatre Part 2

Crossover artists must balance the expectations and requirements for acting in both opera and musical theatre. In this continuation from the September/October issue article, learn more about the rehearsal process and performance expectations. 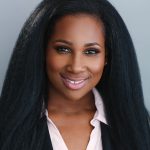 Addressing important issues of acting methods, this publication is a much needed resource that rectifies a homogeneous approach to acting through history, critical commentary, and methodologies.

George Gagnidze: Baritone Back in Business

Baritone George Gagnidze returns to stages all over the world, appearing in his celebrated villainous roles. In this interview, Gagnidze shares his strategies for success, his regular practice routine, and how he continues to strive to prove himself. 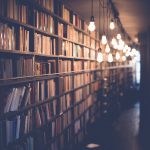 The Singer’s Library : Compton Publishing--A Decade Dedicated to the Voice