Lisa Houston is a writer and dramatic soprano who divides her time between Berlin and Berkeley. She recently performed Wagner’s Wesendonck Lieder with the Kensington Symphony Orchestra and the title role in The Last Diva on Broadway with the Leipzig Kammeroper. She can be reached at Lisahouston360@gmail.com. 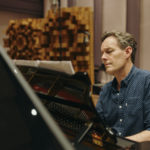 A Composer Improvises : A Conversation with Jake Heggie

Get a closer look at a composer who strives to work with singers rather than making demands of them. His approach and techniques offer invaluable insight for every singer at any stage. 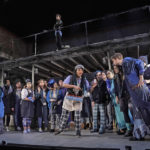 The Curtis Institute of Music has been producing world-class talent for almost 100 years. A change in leadership this fall guarantees that this tradition will continue for another century. 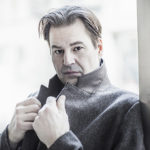 Easy Does It : The Relaxed Success of Baritone Peter Mattei

Peter Mattei’s operatic career has now spanned almost three decades and continues to thrive across the globe. Discover his methods for achieving his effortless sound with such a great variety of repertoire—including works by Wagner, Mozart, and Sondheim—as well as his process for keeping his sound honest and authentic across this broad spectrum. With a Winterreise recording in the works and Wozzeck on the horizon at the Met, this baritone has cultivated a unique and personal formula for success. 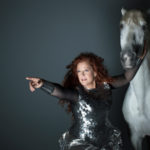 Superstar soprano Deborah Voigt is taking charge of life beyond the stage in a commanding way. A biography, a one-woman show, a teaching fellowship at the University of Notre Dame, artistic advisor of Vero Beach Opera with a competition named after her—and all while finishing up her first two years as a full-time professor at San Francisco Conservatory of Music. The singer has hardly been resting on her laurels. Join Voigt as she shares her energy and wisdom this month at the Classical Singer Convention in Boston. 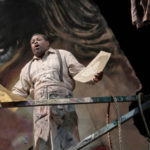 Tenor Russell Thomas’ roles have spanned the repertoire from Tamino to Tannhäuser in opera houses around the globe. Though not yet 40 years old, the singer is quickly moving into more dramatic repertoire and can be seen this month in his company debut with Washington National Opera in the title role of Don Carlo. Quick to speak his mind, Thomas speaks candidly about everything from why he proactively reads every review to how he feels about recent current events in the business in this Classical Singer exclusive. 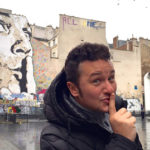 Tenor Piotr Beczala is having a meaningful career, built over decades of consistent excellence that keeps him in high demand at the world’s most illustrious houses, as he continues to benefit greatly from the support of his wife, Katarzyna, who gave up her own successful career as a singer two decades ago to support and travel with him. But his career also stands on a foundation of respect and serious attention paid to the lineage of singers that preceded him. Perhaps it’s that awe for both the past and present that has helped Beczala find a remarkable sense of balance in his personal and professional life, all of which he discusses in this exclusive interview. 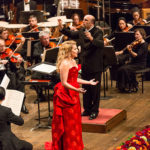 A regular on the podium at La Scala, the Met, and San Francisco Opera, Italian conductor Riccardo Frizza makes his Lyric Opera of Chicago debut this month with Bellini’s Norma. Frizza has made a name for himself in the Italian operatic repertoire, and in this Classical Singer exclusive, he shares his thoughts on Rossini, Donizetti, Verdi, Puccini, and some of their greatest arias. He also gives his advice for that first sing-through with a conductor and how to deal with those first-time jitters. 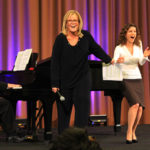 Deborah Voigt has trod the boards as the dramatic soprano of this generation. But as Voigt herself says in this exclusive interview, “You can’t be the top banana until you’re 75.” And, so, the soprano is wisely expanding her repertoire to include the roles of voice teacher, artistic advisor and, most recently, assistant professor at the San Francisco Conservatory of Music. Discover Voigt’s feelings about these life changes as well as her candid thoughts on addiction, weight, and feeling confident in your skin no matter what. 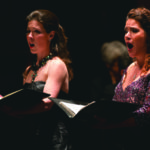 The Singer at Virginia Tech

Are there advantages to getting a music degree at a technical school? Faculty and alumni with firsthand experience discuss the benefits of this well-rounded education. 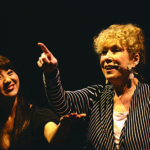 Founded in 1986 by Metropolitan Opera’s Joan Dornemann, IVAI continues to train and inspire the next generation of singers. Read what changes are in store for this longtime program as it revamps its locations while staying focused on its primary goal: giving singers what they need to succeed. 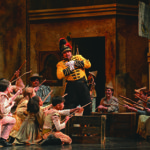 Native New Orleanian and tenor Bryan Hymel is enjoying a flourishing career, singing at the major opera houses in the U.S. and abroad. This season alone, he starred as Rodolfo at the Metropolitan Opera, makes his Lyric Opera of Chicago debut this month and San Francisco Opera debut next summer, and returns to Dallas Opera and Santa Fe Opera. But once upon a time, Hymel was a struggling singer living on credit cards and his meager Virgin Megastore paycheck to make ends meet in New York City. Hymel shares the remarkable turning point that started him on the path to finding his voice, his support team and, perhaps most importantly, his confidence. 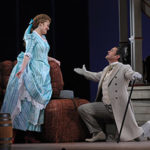 Nathan Gunn: : On Words and Music, Work, and Family

Baritone Nathan Gunn has sung on the major stages the world over. A man for all seasons, Gunn is also a veteran with concert, recital, and musical theatre work. In recent years he has added professor to his many hats, teaching at the University of Illinois alongside his wife, Julie Jordan Gunn. Find out how this world-famous baritone keeps all of these balls in the air while still managing to stay grounded and focused on the things most important.