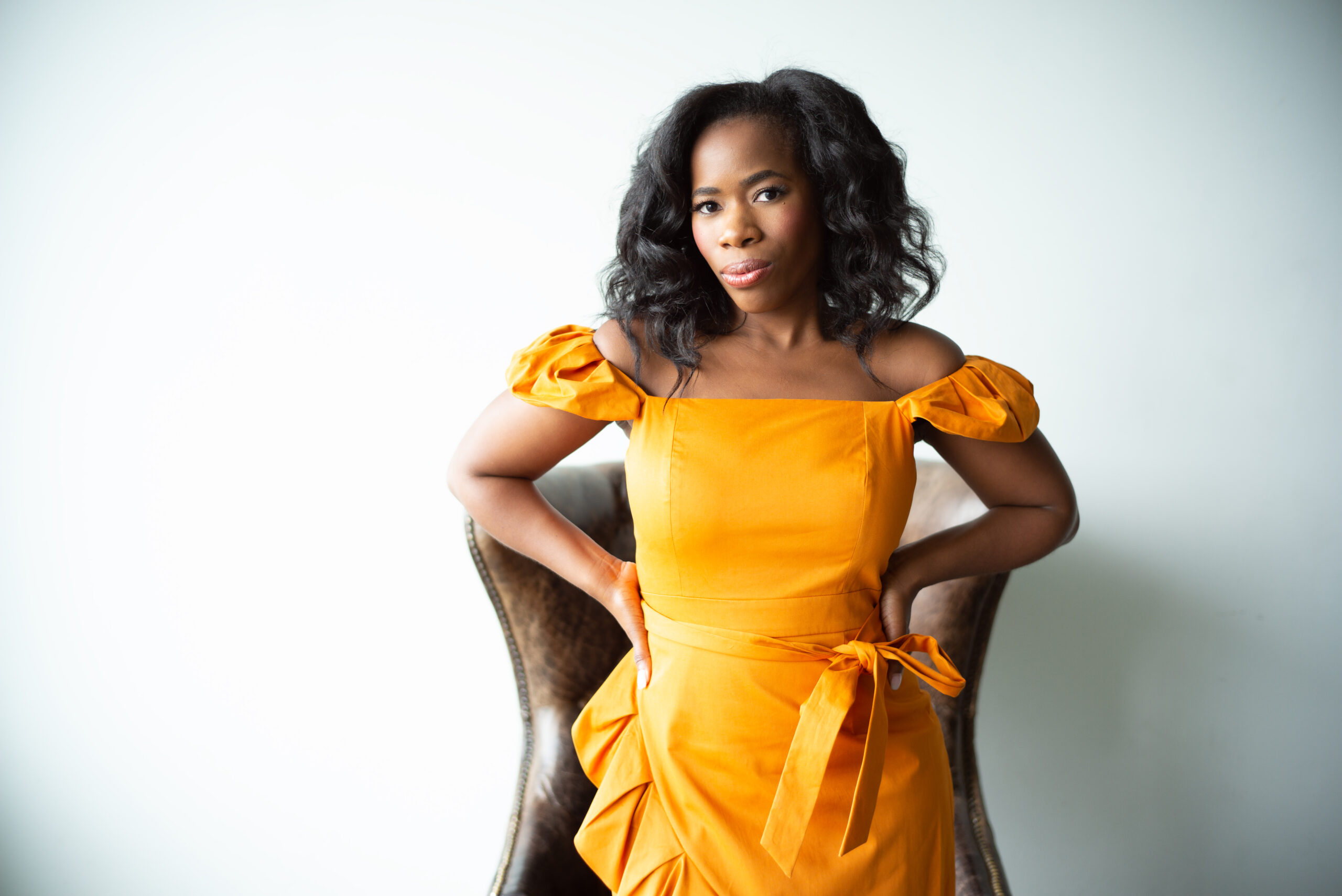 Soprano Jasmine Habersham forges a path all her own in classical voice. Read on to learn about this soprano’s bold creation of her own path as a professional singer who didn’t fit into someone else’s mold.

At first glance, Jasmine Habersham might seem to onlookers as a classical vocalist who has followed a well worn path. But as one begins to peel back the layers of the soprano called “magnificent” by the San Francisco Chronicle, “memorable” by Twin Cities Arts, and “exquisite” by Broadway World, they’re likely to find an intriguing reminder that no two roads are ever alike.

“I think the key thing is that I took it upon myself to create opportunities,” she says. “If I wasn’t getting what I needed in terms of lessons, coachings, language classes, and performance opportunities, I made sure I found my way to them. In a way, I think what I’ve created is a professional experience that is unique to me and on my own terms—of course, having a lot of support from my family in those early years. That’s forced me to know a lot about myself as an artist. Some things have been right for me. Others, not so much. But it has allowed me to play with things and find my way in having a chance to do what I wanted to do, how I wanted to do it.”

At 33, and only about five years into her professional career, Habersham has crafted an impressive resume. She is a graduate of Shorter College in Rome, Georgia, where she received her bachelor’s degree in vocal performance, as well as the University of Cincinnati College-Conservatory of Music, where she earned her master’s degree and artist diploma.

Thus far, her career highlights include championing a roster of new operatic works, such as Katie Jackson in Joel Puckett and Eric Simonson’s The Fix with Minnesota Opera and Mariola in Jake Heggie and Gene Scheer’s Out of Darkness: Two Remain with Atlanta Opera. Recently, she also made a return to the Glimmerglass Festival to tack on two more world premiere operas, including as Mimi in Gioachino Rossini and Ken Ludwig’s Tenor Overboard and as Mary in Damien Geter and Lila Palmer’s Holy Ground.

Additional, and more familiar roles have included Zerlina in Don Giovanni, Nannetta in Falstaff, Bubikopf in Der Kaiser von Atlantis, Micaela in The Threepenny Opera, Pip in Moby Dick, Clara in Porgy and Bess, Adina in L’elisir d’amore, Pamina and Papagena in The Magic Flute, Yum Yum in The Mikado, Esther in Intimate Apparel, Cleopatra in Giulio Cesare, Dew Fairy/Sandman in Hansel and Gretel, and Eurydice in Orpheus in the Underworld.

Beyond her work in opera, she also has been a featured soloist for numerous concert works and is a decorated competitor, having received a silver medal for the 2020 American Traditions Competition, second place for the 2018 Southeast Regional Metropolitan Opera National Council Auditions, the Strauss Award from the National Orpheus Competition, and the Young Artist Guild Award from Central City Opera, among others.

However, it was her grassroots work in her hometown of Macon, Georgia, that would set her on the path she ultimately would choose in classical singing.

Habersham was born into a musical family. Her mother was a piano teacher, so Habersham tickled the ivories for a number of years. She also played clarinet in her school band. Additionally, she has a brother who works as a professional musician. “Music was just always very fun for me,” Habersham says. “It was always something that was around.”

Then one summer, she enrolled in a program known as MidSummer Macon. “It was basically an arts camp that exposed students to all types of artistic media, like music, dance, art,” Habersham explains. “It was almost like college, where you would pick a major in a subject and take classes in it.” During the camp, a concert was offered that exposed Habersham, then 15, to classical singing for the first time. It sparked an interest that would further be nurtured by the purchase of an original Broadway cast recording enjoying popularity at the time.

“I just thought, ‘Oh, that’s so interesting,’” she says of her impressions of the concert. “I thought that might be something I would like to try and do. That got me going in singing as far as the vocal camp. But then, I did a scene from the musical Ragtime. I bought the CD that featured Audra McDonald, and the very first song, I said, ‘My God. This is it.’ So, I found my way to classical music through Broadway.”

Following her experience at MidSummer Macon, Habersham began taking voice lessons from a teacher at the school that hosted the program, Wesleyan College. “Her name was Nadine Whitney, and she was the first person that told me that she really thought I could do this professionally,” Habersham remembers. Inspired and encouraged, she applied at multiple colleges, ultimately selecting Shorter University to continue growing in her vocal studies.

“It was a good experience,” Habersham says. “It offered me a lot of performance opportunities, so I learned a lot about just how to be on stage.” While a student at Shorter, she also participated in a summer program with the prestigious Brevard Music Center in North Carolina, an experience she calls “life changing.” “It was one of the best summers of my life in terms of being surrounded by people who really believed in me and helped me to cultivate what would become my career,” Habersham notes. “So many successful singers have come through that program.”

Her time at University of Cincinnati College-Conservatory of Music also proved an inspiration, enabling her to further elevate her training under the guidance of voice teachers widely regarded as some of the best in the United States. “The excellence that was demanded from you almost made you feel as though it was easy once you got out,” Habersham recalls with a laugh. “They prepared you so well for the difficulty of a professional career.” 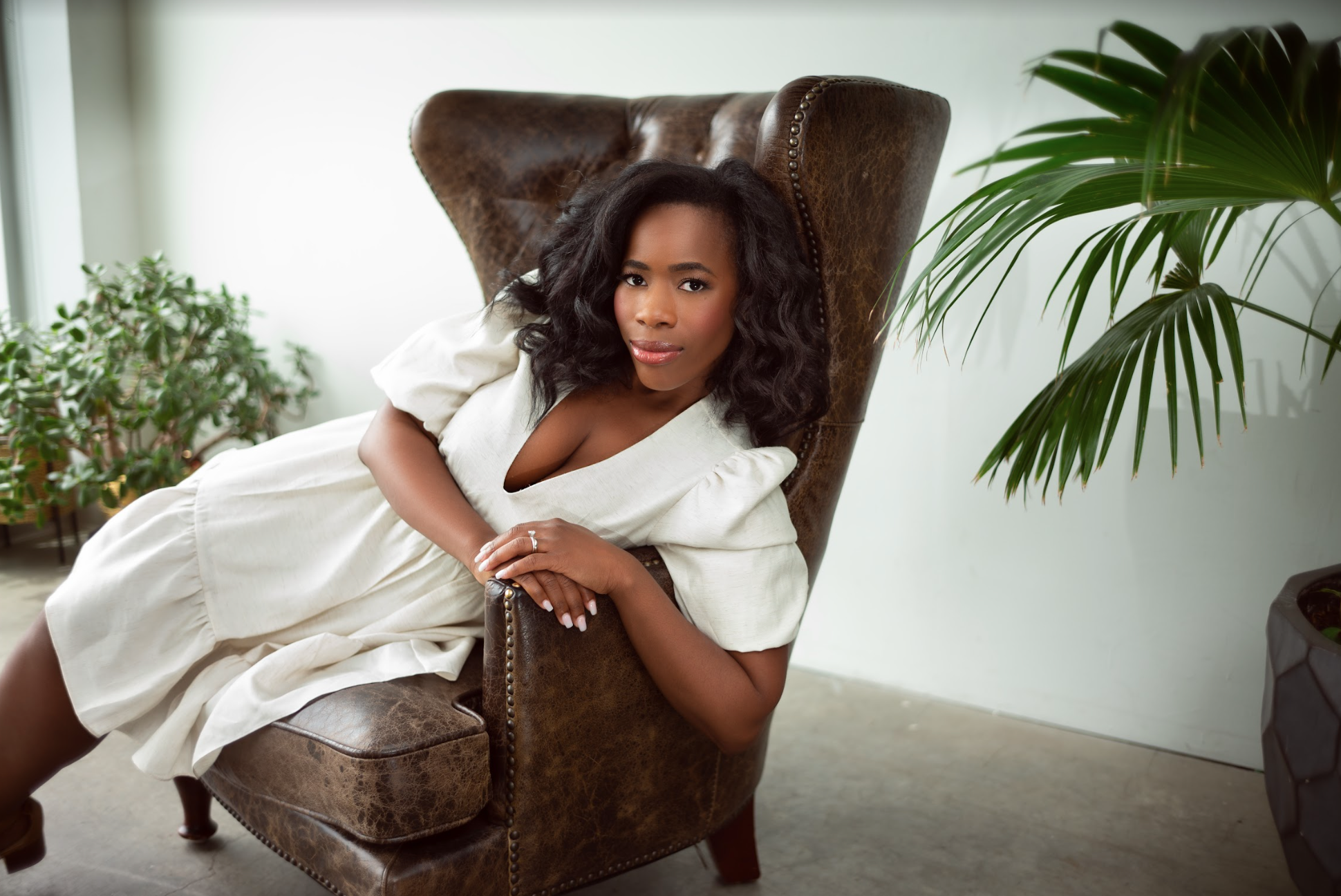 While Habersham delivered promise as an emerging classical vocalist, she admits that fitting into the young artist program mold was a challenge. “I completed the artist diploma program at the University of Cincinnati College-Conservatory of Music, and during that time I also worked as a young artist for a brief stint at Kentucky Opera, the Glimmerglass Festival, and Central City Opera. But in terms of a multi-year program or apprenticeship, I didn’t have that. I had a different journey that I had to figure out how to build on my own. Not having many young artist programs on my resume, I felt a little lost, or as though I was on a boat by myself.”

Not one to toss in the towel, Habersham did something slightly unorthodox. She began reaching out to companies with an offer to audition for them. “It taught me something very valuable about having to market myself and about keeping in contact with people who hired me and keeping them up to date about what I was doing,” Habersham says.

Finding Success amid the COVID-19 Pandemic

While many performance industry professionals realized disruption due to the impacts of the COVID-19 pandemic, Habersham’s had the fortunate experience of seeing her career hit its stride, despite postponing role debuts as Sarah Ruth in Edward Tulane, another world premiere with Minnesota Opera, and Frasquita in Carmen, her European debut with Gran Teatre del Liceu. “When the pandemic first happened, I came home with my husband, and for the first two to three weeks, like everyone else, wondered what was happening,” she admits. “But I really wanted to take this new obstacle and use it as an opportunity to learn and to improve myself as a singer.”

And, so, Habersham embarked upon French language classes. She also began learning repertoire by George Frideric Handel—something she had not yet had the opportunity to do in her vocal pursuits. Additionally, she collaborated with Atlanta Opera in a series of virtual performances.

“A miraculous thing came together in that it helped people to really see me,” she says. “That was a real benefit to me. But it also enabled me to connect with people through music and during a time when people just really needed to forget about what was happening. They could instead focus on something beautiful, and they could find a way to heal. That’s what music should always be about.”

It’s also about advocating for diversity, she says—something she experienced with the United Kingdom’s 2022 Opera North production of Rigoletto, in which she sang the role of the tragic heroine Gilda. The production recently was nominated for a Sky Arts Award.

“I couldn’t have asked for a better experience to be involved in such a unique production, with amazing castmates,” Habersham effuses. “I loved everything about it. It allowed me to be me, in all my Blackness.”

While Habersham gives credit to opera companies for making positive efforts to bridge the gaps in diversity on stage, she said it can remain an “elephant in the room” at times.

“For me, it always seems to be about making people see me beyond Porgy and Bess,” she says. “Don’t get me wrong. It’s an incredible show and has long given Black people a chance to perform. But we’re so much more than that. And I often will come up against the experience of auditioning for a role, and they’ll still ask to hear ‘Summertime.’ I’ve been so grateful to companies like Minnesota Opera, Atlanta Opera, and Kentucky Opera for taking a chance on me and putting me in more traditional roles. I’m also grateful for the amazing opportunity they’ve given me to perform new work.” 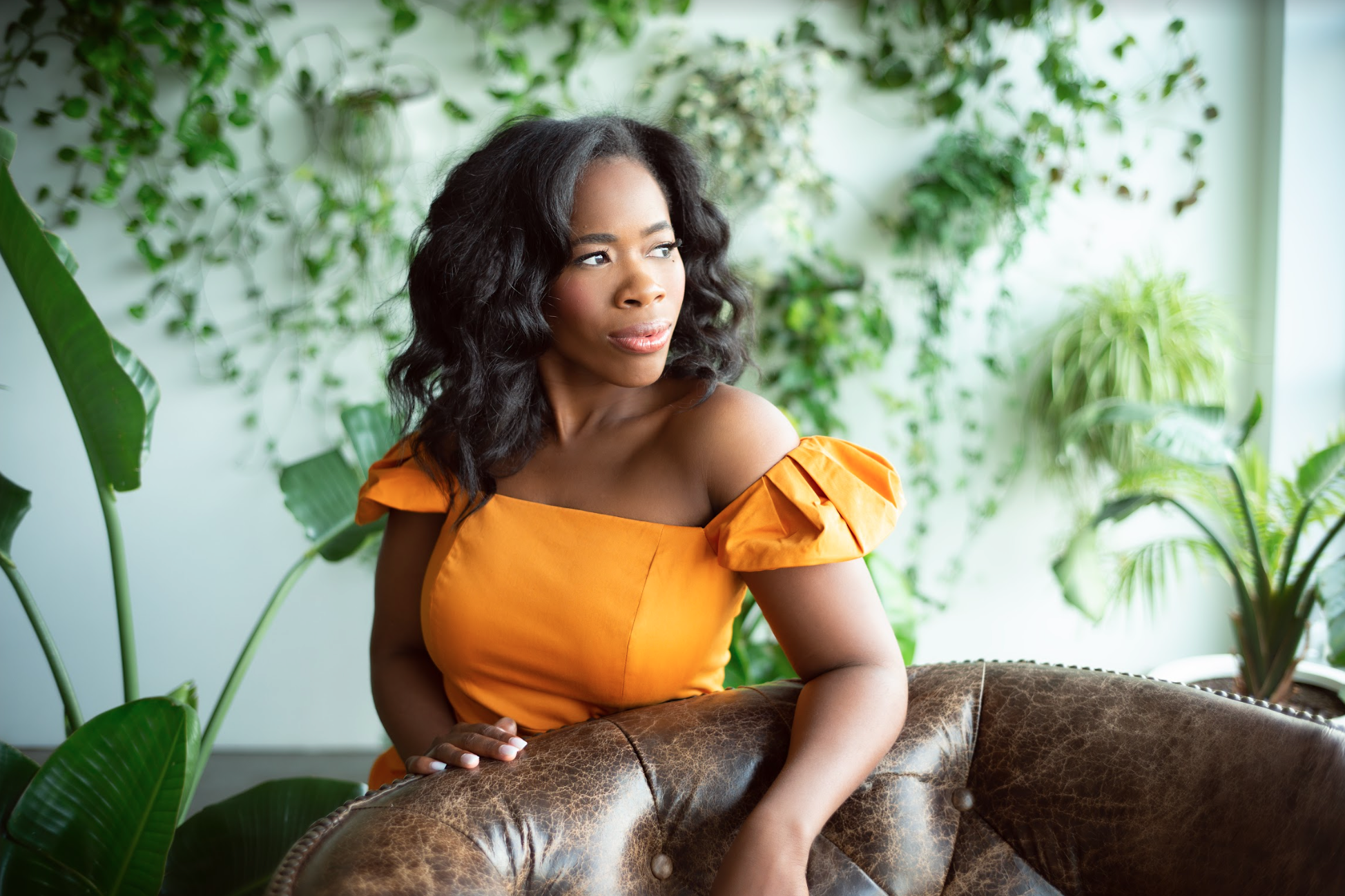 Despite her success, which continues to build upon its momentum as opera companies and symphony orchestras return to normal programming in the aftermath of the COVID-19 pandemic, Habersham remains admirably authentic and grounded. She continues to call Macon home, where she resides with her software engineer husband of four years, and remains close to the support of her family and the community she credits with helping to raise her artistically.

“After graduate school, I came back home to get my bearings,” Habersham says. “I’m only one hour away from the airport, so it makes traveling for auditions and performances feasible. Even before the pandemic, I was taking advantage of virtual lessons and coachings. It just worked out that it was a good place for me to be, so it has become my home base.

“It’s so much less expensive than living in a bigger city, like New York. And it definitely keeps me grounded in a wonderful way. It gives me a sense of normalcy to be able to come home and not be a singer. I can watch Netflix, get a massage or my nails done. I’m glad to be in a place near my family and that supports me and nurtures me when I’m not performing.”

Actively cultivating avenues to remain grounded and well balanced is advice Habersham extends to today’s budding classical singers, not only for the artistic benefit but also for mental and emotional wellness. And, of course, she emphasizes remaining true to yourself, faithful to your artistic calling, and steadfast and confident in choosing the path that is right for you—even if that means creating your own.

“If there is no career path that opens up to you, create one for yourself,” she advises. “Always be yourself and ‘do you’ in every aspect, even when it comes to the music you perform. Sing what you love to sing, not just what your voice teacher tells you to sing. As an artist, if you love what you’re expressing, people can tell. That’s what draws them to you. And when what you do is truly an expression of you, you shine. It might not look traditional, but it will give you ownership of your career.”