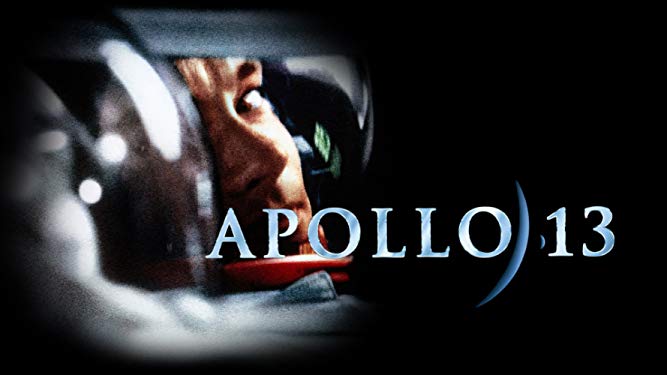 If you’ve ever seen the movie Apollo 13, you may remember the famous quote by Gene Kranz (played by Ed Harris), “Failure is not an option!” The funny thing is, Kranz may never have actually said that in real life. According to Jerry Bostick, one of the key flight controllers responsible for the Apollo 13 rescue and a technical advisor for the movie, Kranz described being interviewed by scriptwriters about what things were really like in Mission Control, saying:

“One of their questions was ‘Weren’t there times when everybody, or at least a few people, just panicked?’ My answer was ‘No, when bad things happened, we just calmly laid out all the options, and failure was not one of them.’…Only months later did I learn that when they got in their car to leave, [script writer Bill Broyles] started screaming, ‘That’s it! That’s the tag line for the whole movie, “Failure is not an option.”‘”

Much like we do in the voice studio, when Kranz and his colleagues were presented with challenges, they worked to identify several possible paths to success. With lives in danger, like in the Apollo 13 situation, they wanted to work out any bugs before they implemented their rescue mission. Even though singing does not feature such high stakes, we also try to work out our strategies in the practice room so that mistakes don’t happen in performances.

Although no one sets out to fail, the reality is that failed attempts help us home in on what does work. In fact, according to a recent study, it’s actually required for long-term success.

An article by David Noonan in Scientific American profiles the work of a team of researchers at Northwestern University led by Dashun Wang. In their research, originally published in Nature, the group looked at the success and failure rates of people engaging in various activities, including venture capital startup investments, applying for National Institutes of Health grants, and even launching terrorist attacks.

One of their major conclusions is, as Wang states, “Every winner begins as a loser.” In other words, everyone who was eventually successful first had to experience some form of failure.

This may not be all that surprising. But what is surprising is that the people who succeeded and the people who failed basically had the same number of attempts. This seems to contradict the conventional wisdom of “Just keep trying and eventually you’ll get it.” As the article states:

“It turns out that trying again and again only works if you learn from your previous failures. The idea is to work smart, not hard. ‘You have to figure out what worked and what didn’t, and then focus on what needs to be improved instead of thrashing around and changing everything,’ says Wang. ‘The people who failed didn’t necessarily work less [than those who succeeded]. They could actually have worked more; it’s just that they made more unnecessary changes.'”

I think this research has three significant implications for singing.

First, we can’t just go through the motions of vocal exercises, mindlessly doing them over and over. That may help keep our muscles conditioned but it will not help develop technique. The more conscious and observant we are of the process, the more we can make intelligent adjustments to what we are doing instead of, as stated above, “thrashing around and changing everything.” This is the “work smarter, not harder” idea.

Second, when we fail or make mistakes or make sounds we don’t like, the sooner we try again, the more likely we will be to succeed. If frustration causes us to walk away and take a break, and keeps us from another attempt, we are less likely to find success.

Third, instead of avoiding failure, this research implies that failure is actually necessary for success. It’s a step no one can skip. Getting something right on the first try doesn’t mean we’ll be able to do it consistently. We have to fail, make a thoughtful adjustment, fail differently, make another thoughtful adjustment, and so on, until we are consistently successful. This is an important part of motor learning, outlined my previous CS article.

It’s not fun to fail. It can be disheartening, both in the moment and in the immediate aftermath. But, when developing vocal skills, not only is failure an option, it appears to be a crucial component of eventual success.