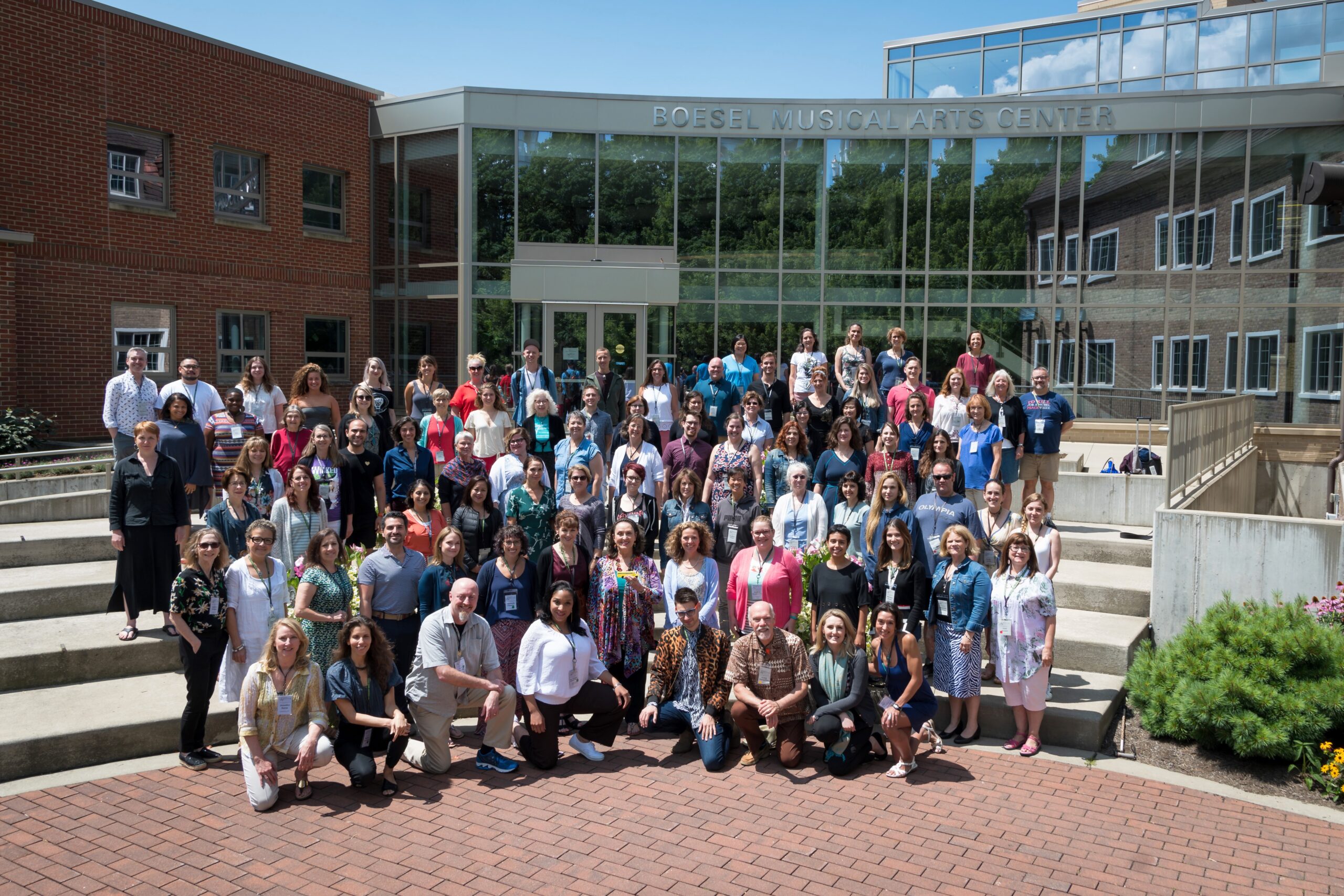 The LoVetri Institute for Somatic Voicework, founded by Jeanette LoVetri and housed at Baldwin Wallace University, completes its 20th year this summer.

By 2002, Jeannette (Jeanie) LoVetri had long been recognized as a major contributor to the field of voice pedagogy. She had already been awarded the Van L. Lawrence Fellowship and was a member of the American Academy of Teachers of Singing, a small, by-invitation-only group. Her work with voice science legends Johan Sundberg and Ingo Titze and noted otolaryngologists Peak Woo and Jason Surow was widely known. And she had presented many times at the Voice Foundation Annual Symposium on vocal techniques related to singing contemporary commercial music (CCM), a term she herself created.

Even so, when the dean of the Shenandoah Conservatory, Charlotte Collins, asked LoVetri in 2002 to develop and teach a summer course that was specifically designed for teachers and focused on her approach to CCM singing, it stirred a perhaps surprising emotion. “I was terrified,” says LoVetri.

Still, she wanted to give it a try.

As she began writing the course materials—reviewing and summarizing everything she had learned over 30 years of study, reading, experimenting, and teaching—she was unsure how it would be received by her first cohort of students. “I didn’t know if it would be sensible to anyone else!” she says.

The proof, as they say, is in the pudding. This summer, LoVetri and her assembled faculty are celebrating the 20th year of the LoVetri Institute for Somatic Voicework™, now housed in the Community Arts School at Baldwin Wallace University in Ohio. Over the decades, more than 5,000 people have completed at least some portion of the training. Participants have come from across the United States and more than 30 countries worldwide—a reach that only expanded when online participation was made available.

LoVetri’s early journey is well chronicled, notably in an interview for So You Want to Sing CCM (Ed. Matthew Hoch, Rowman & Littlefield, 2018). She endured many frustrations during her vocal studies that nearly caused her to quit singing altogether. “I wanted to sing pop music and music theater,” she says, “but I didn’t want to give up classical singing, although I was told by many teachers in New York City [that] anything that wasn’t classical would ruin my voice. That just seemed wrong to me.”

Eventually, as she says, “fate stepped in” when someone suggested she attend the Voice Foundation Annual Symposium: Care of the Professional Voice. She saved her pennies to attend the event—an investment that would pay dividends for her career. “Sitting there, looking at all those charts and graphs, hearing the scientific presentations literally changed my life,” she says. “Finally, [I found] people who could explain what was happening when we make sound. It was remarkable.”

This led to a voracious pursuit of the most reliable information on the voice she could get her hands on as well as a deep dedication to teaching that her colleagues and friends say still burns within her.

The Heart of Somatic Voicework

According to LoVetri, Somatic Voicework combines science and art as well as vocal health and practical applied pedagogy. It also features precepts from the past alongside practical realities about the present. The coursework addresses vocal function and techniques that apply to singers of various ages and to various styles of music. It further works to clarify terminology by using language found within traditional vocal pedagogy, voice science, and the vernacular of the marketplace. The work also encourages multidisciplinary exchange with voice health professionals in the medical field.

Michelle Rosen, one of two senior faculty members of the LoVetri Institute for Somatic Voicework, believes that from the beginning, LoVetri was able to create a method that synthesizes and organizes information in a way that is clear and user friendly. “There is no special jargon, no pie-in-the-sky imagery,” she says. “The concepts are simple—working with vowels, volume, intensity, and registers to bring out the special quality of each individual voice based on function and vocal health first, with the desired goals and genre(s) of the student in mind.” 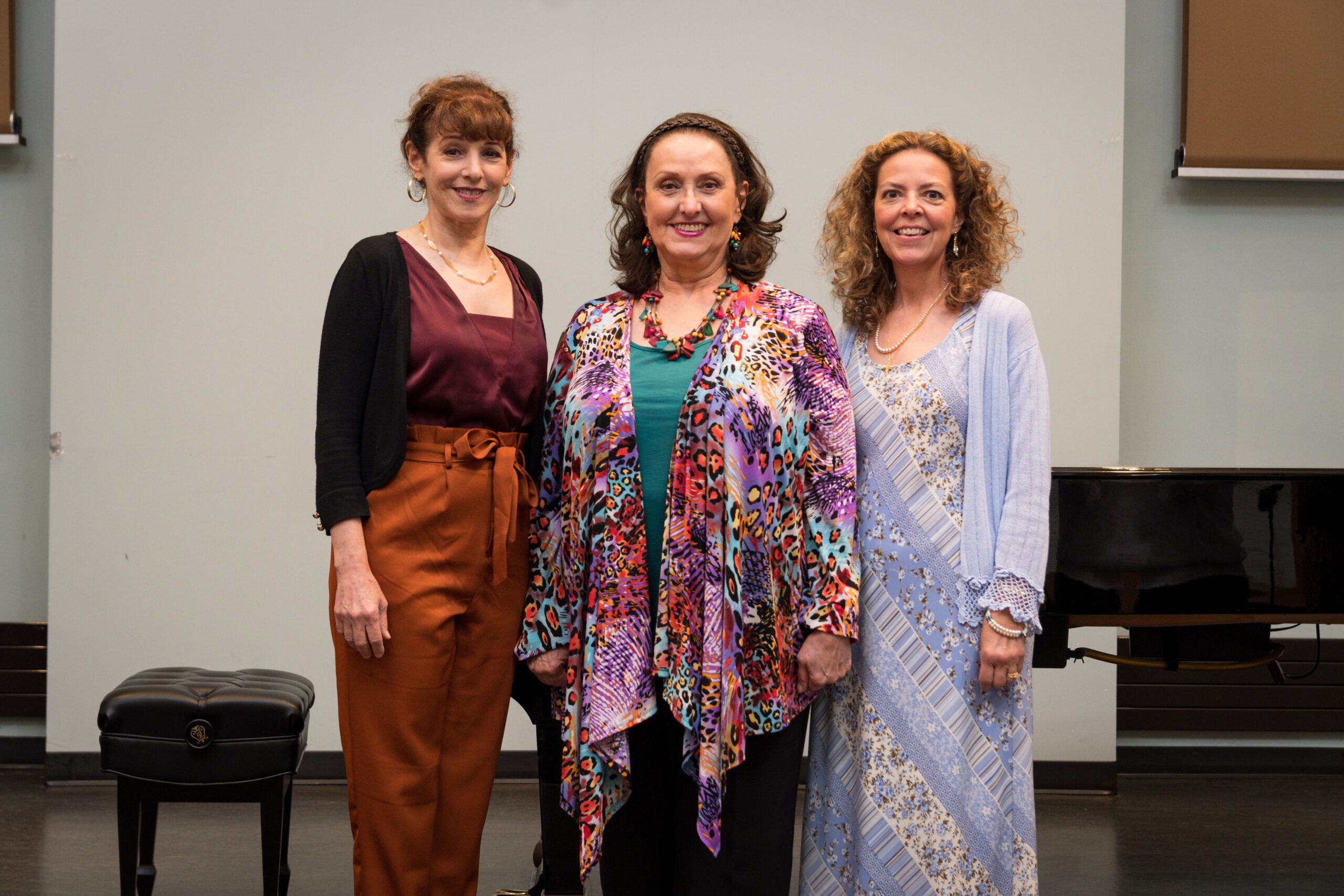 Rosen points out that the program attracts university professors and long-time teachers as well as beginning teachers and those who are “simply curious about their own voices.” She finds that many of the more experienced teachers have been delighted with how the material reinforced what they have already been doing, while providing them with deeper understanding about vocal function and why certain exercises work. She further believes that “Somatic Voicework takes into account the whole person with integrity, honesty, and kindness and aims to achieve high-level results, whether the student is a working professional, a child, or an adult amateur.”

Betsy Fiedler, the other senior faculty member at the institute, also emphasizes the collaborative nature of Somatic Voicework. “This systematic approach incorporates voice science, the best of medicine, body work, compassion, listening, and attention to multiple learning styles,” she says. “It emphasizes the function of the voice in conjunction with the whole body and mind. It uses clear language and asks for vocal tasks based on what the body is doing to elicit the desired sound. There is an openness toward all genres of music, and [it] demands that singers honor the parameters of each style authentically.”

Fiedler also believes that Somatic Voicework goes beyond mere vocal function and technique to promote the idea that teachers are to be of service to their students. “Good ‘piano-side manner’ is a must,” she says. “This system has drawn together an entire community of compassionate teachers who keep in touch with one another and share successes, questions, techniques, job postings, great listening examples, and notable research.”

The faculty at the institute provide opportunities for participants to learn as much as they can from each other through discussions and closed Google groups, where they can share ideas. LoVetri says, “The classical folks learn from the jazz vocalists, and the music theater singers learn from the pop/rockers. It’s fun. There is a lot of humor in our work—and a desire to help each other.” 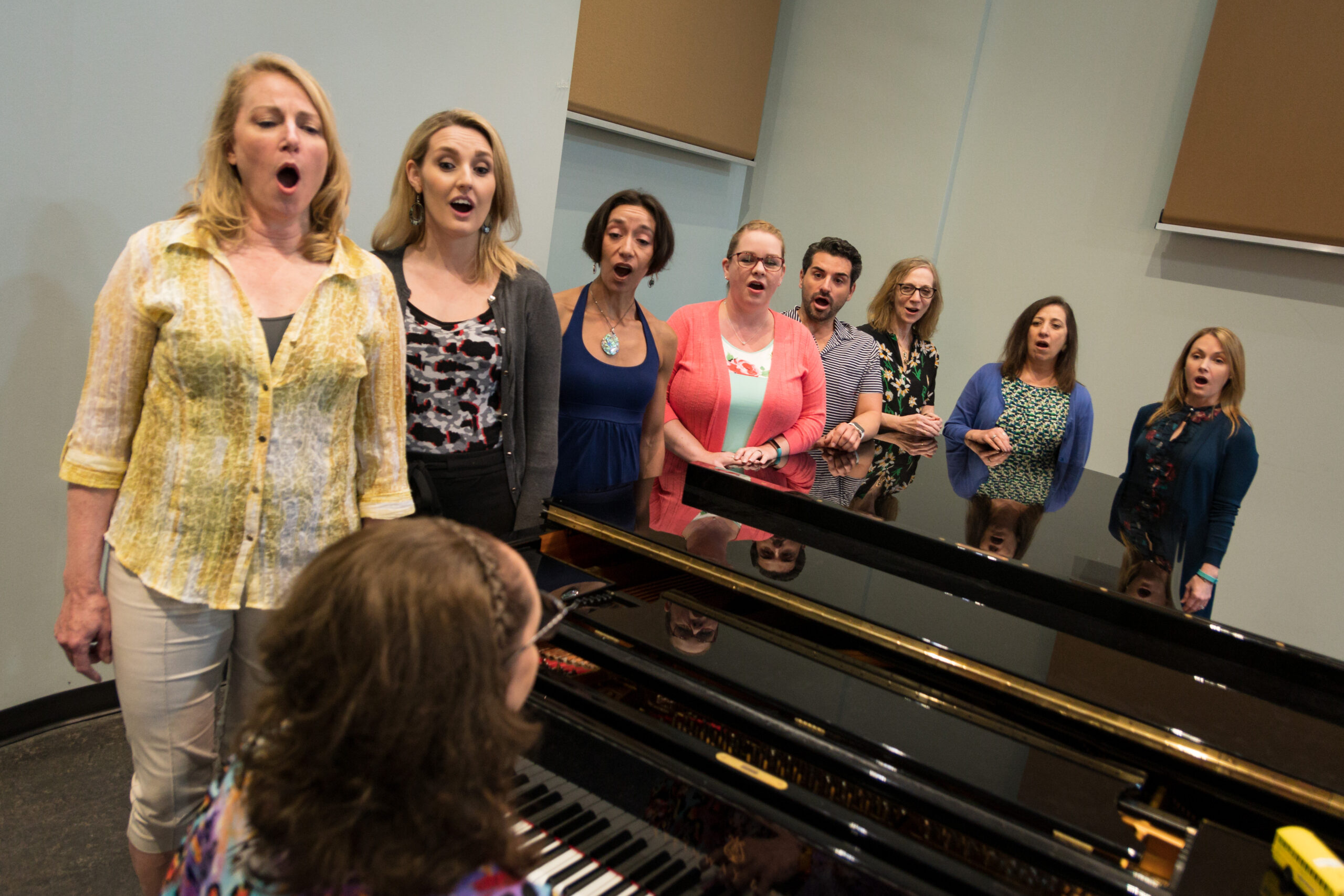 Jeanie LoVetr working with students at the Lovetri Institute

Somatic Voicework through the Years

As she reflects on how Somatic Voicework has evolved over the last 20 years, LoVetri notes that, despite a few small adjustments, it is largely the same. “What has evolved,” she says, “is the community, which is always expanding; the information, which is always as current as possible; and the needs of the singers, as CCM styles change.” The institute faculty, therefore, work diligently to stay informed on the latest science and research and incorporating new data as they emerge, while remaining anchored on the idea that singers and the music they sing should be respected. “We want CCM styles to be sung the way they were intended to be sung and not ‘classicalized’ because singers don’t have any other vocal options,” she says.

“It is incumbent on all teachers of singing to stay open and flexible and to learn from all valid sources. We must rely upon science to guide us, medicine to assist us, and research to help us all go in one direction. As well, we must understand the demands of the music marketplace and see them as being valid, and not expect that singing teachers will change things. We must help vocalists do what is needed in the healthiest and most marketable way possible. We must help them love to sing and love their voices—a tall order!”

Rosen echoes these sentiments by highlighting the inclusive nature of their work at the institute. “Long before ‘diversity and inclusion’ was a common phrase, Jeanie LoVetri worked tirelessly against the old paradigm of classical singing as the only training deemed worthy of serious study, scholarship, pedagogy, and research,” she says. “American musical genres, derived from the ground up—from the ‘people’ (and largely from the African-American community)—were long deemed ‘lesser than.’

Jeanie worked for the serious consideration of all forms of music and singing as legitimate.”

She describes how LoVetri pushed this agenda in the early years in places where it was often unwelcome, such as at NATS conferences and even at the Voice Foundation Annual Symposium. “[Such] resistance, largely due to her, is almost unimaginable today, as the voice world has now largely embraced CCM singing and training,” Rosen says.

Understandably, by providing guidance now that was so lacking during her own early vocal pursuits, LoVetri has many grateful followers. Fiedler, for instance, has returned to the institute year after year and even worked with LoVetri in private lessons in order to learn as much from her as possible. “As a result of my work with Jeanie, I have become a better teacher and a better singer,” she says. “I feel more confident singing varied styles of music and I feel more successful teaching students what it takes to sing varied styles of music.”

Even though the LoVetri Institute for Somatic Voicework carries the name of its founder, LoVetri herself is quick to credit all those who have contributed to the implementation of her initial groundwork that have allowed it to grow into what it has now become. “[Somatic Voicework] isn’t a presentation of the ‘right’ way or the ‘best’ way or the ‘only’ way,” she says. “It’s just one way—and by now, many people (both faculty and guests) have added their opinions and experiences, and this has allowed us to tailor the way the materials are presented, although the course books have remained more or less unchanged.”

Despite the details and the nitty gritty of the how of the method, practitioners are routinely reminded of the why that is at its heart. “Somatic Voicework is functionally based,” LoVetri says, “but it is grounded in the love of singing, the joy of sharing music, the privilege of learning every day, and the desire to serve the singer, the music, [and] the profession.”

Information on upcoming sessions of the LoVetri Institute for Somatic Voicework at Baldwin Wallace University can be found at https://bwcommunityarts.bw.edu/teacher-education/lovetri-institute/lovetri-institute-summer-session.