Oprah Winfrey and Dr. Oz endorse it. The late actor Christopher Reeve used it to allow him to breathe without a ventilator. Olympic figure skater and Dancing with the Stars competitor Michelle Kwan used it to recover from injuries more quickly. What is this magical fix-all? Rolfing. Not to be confused with ralphing or ROFL-ing, this form of bodywork has a lot to offer singers.

Several years ago I had a singer friend and voice teacher colleague recommend that I try Rolfing to help my singing. Rolfing?! What in the world was that? I briefly looked into it, but at the time I lived in a rural community, and there were no certified practitioners in my area. I soon forgot about Rolfing until four years later when I relocated to Las Vegas. The owner of the yoga studio where I practice again mentioned Rolfing. Her enthusiasm about how Rolfing had helped rebalance her body intrigued me. Despite the weird name, my curiosity was peaked, and I decided to find out more.

Ida P. Rolf (1896-1979), a biochemist from New York, developed Rolfing, also known as Structural Integration, in the 1930s. She began exploring new forms of healing after she was diagnosed with spinal arthritis and, subsequently, “spent her life exploring the healing possibilities held within the human mind and body” (Rolfing.org). She studied osteopathy, homeopathy, chiropractic, yoga, and Alexander Technique (Skepdic.com/rolfing) in her quest to find answers.

She came to the conclusion that “gravity is the therapist.” Through injury, stress, and daily life, we create imbalances in our bodies. Rolfing is an alternative therapy to realign and rebalance the body through lengthening and repositioning the connective tissues in the body called the fasciae (singular, facia). A fascia is best described as a connective tissue that envelops different muscle groups, allowing them to move freely in relation to each other. Think of a fascia as a sheath-like connective tissue that surrounds and binds muscles together. Rolf’s theory was that when an injury occurs, the fascia tightens around the injury and, in fact, it remains in that rigid position even after the injury heals. This can cause chronic pain and discomfort—or, as in my case, imbalances that I was not even aware of. Rolfing stretches and opens the fascia, correcting misalignment and restoring balance throughout the entire body.

It is not just for treating injuries, however. Common daily aches and pains arise from basic posture and alignment imbalances that are created and reinforced over time by gravity and learned responses among our muscles and fasciae. In addition to injuries and improper postural habits, stress and inappropriate movement patterns can pull our bodies out of alignment. The misaligned areas of the body then gradually tighten, and the related muscles actually shorten and adjust to accommodate. This results in a buildup of tension and strain, which can lead to a variety of ailments including pain, stiffness, arthritis, and tendonitis—and it can even increase the chance of further injuries.

Rolfing developed as a way to restructure muscles and fasciae in a different manner than other therapeutic alternatives. Chiropractors deal with bones, the skeletal system, and joint adjustments. Massage therapists work on tense muscles, decreasing muscle reflex activity, and promoting relaxation. Corey Buck, a certified Structural Integration Therapist in Las Vegas, maintains on his website (LoveYourPosture.com) that “Structural Integration provides natural pain relief for a variety of issues including back pain, frozen shoulder, carpal tunnel, ankle trouble, shallow breathing, reverse breathing complications, headaches, and many other symptoms.” Rather than focusing only on the area that hurts or feels stiff, Rolfing focuses on improving the entire structure and all of its movement patterns.

For example, perhaps you recently injured your ankle and limped around on it for a few weeks. This causes an imbalance in your knees and hips as your body struggles to compensate, eventually impacting your shoulders and neck. You may not feel the pain and tension in your upper body for decades to come. “Until the underlying base of the problem is addressed and the entire structure is balanced and integrated,” Buck elaborates, “the pain and tension will remain as your body continues to struggle to hold itself upright. The Rolf method gets to the root of the problem to create lasting results.”

In order to solve the initial problem and to create long-term solutions, it is suggested that you complete a weekly series of 10 sessions, as sessions are administered progressively. Each session builds upon previous Structural Integration work, and the body is balanced in segments from “front to back, side to side, top to bottom, and inside to outside” (ibid).

What Is the Benefit for Singers?

As musicians, we tend to punish our bodies by long hours in the practice room, late-night rehearsals, and grueling schedules while on the road—not to mention the inherent stresses that go hand in hand with launching a successful career. Tight muscles, poor posture, and technical inefficiencies can take its toll on a singer. Rolfing can help alleviate many of these issues.

Rolfing sessions are on a massage or physical therapy table. Before the first session, the Rolfer goes over your medical history with you and watches you in standing, walking, and sitting positions to determine your body structure and movement patterns. Clients are instructed to wear a bathing suit, undergarments, or sports bra and shorts.

During the actual session, the Rolfer applies pressure to specific parts of your body with his hands or elbows. Pressure can be light to intense, but the first session is usually pretty light. The client is often instructed to breathe into an area where the practitioner is working in order to relax that area. Sometimes sessions can also utilize sitting positions.

I first saw Buck for my excessive nocturnal teeth grinding. Not knowing what to expect for my first session, I was slightly apprehensive. However, Buck quickly put me at ease, and it was a similar setup as having a massage. I completed a health questionnaire, and we chatted about my health and general concerns before starting. I did not reveal a lot of information about my teeth grinding and tension, but he soon found my problem areas. The hour flew by as he discovered imperceptible imbalances throughout my body. It was not painful or traumatic—but what was remarkable was how soundly I slept that night. Not once did I wake up grinding my teeth. And apparently my teeth grinding was related to other issues in my body such as a hip imbalance.

There are numerous benefits for pursuing Structural Integration and, according to Rolfers, “By being properly aligned, gravity enhances personal energy and leads to a healthy body and positive emotional state” (Skepdic.com/rolfing). Other benefits include greater flexibility, improved posture, better balance, increased breathing capacity, and enhanced energy—all of which help you to sing more efficiently.

The down side? Rolfing can be very expensive. Some studios in larger cities charge as much as $150 per session, although typical fees hover around $90-$100 per session. The recommendation is to commit to 10 weeks of regular sessions. For a singer on a tight budget, this can be a financial hardship. Once you have completed the 10-session series, however, you do not need to go back for weekly tune-ups, like you sometimes do with chiropractors or massage therapists. Depending upon your body, you may need only some fine-tuning every few months or so. In fact, practitioners suggest that upon completing the 10-session series, you allow for a period of time for the body to adapt and fully integrate the new changes. This waiting period can be anywhere from one month to a year.

I asked Stephen Caplan, associate professor of music at UNLV and author of the book Oboemotions: What Every Oboe Player Needs to Know about the Body, to share some of his experiences in working with a certified Structural Integration Therapist. I first wanted to know how he discovered Rolfing and what attracted him to this form of body realignment. “I have friends who have done Rolfing and I have read articles about Dr. Rolf and Rolfing.”

Caplan is also certified in Body Mapping. “I have spent many years rediscovering what good body alignment is,” he explains. “I also appreciate the role fascia plays in shaping our postural habits. I was curious about how much my own fascia may be limiting my ability to find balance consistently. I’ve experienced what a difference good alignment makes in my music making, as well as for my general health, so I’m interested in finding the very best alignment possible.”

Soprano Amy Johnson, who joined the voice faculty at the University of Cincinnati College-Conservatory of Music last fall, is also a proponent of Rolfing. She discovered Structural Integration when her husband, Vernon Hartman, a leading baritone at the Met for two decades, benefitted from Rolfing after back problems. “Years before we met, he was flying back and forth for overlapping gigs and singing quite a few Rigolettos,” Johnson explains. “His back seized up at one point. He was in a city where a Rolfer had given an NBA player his career back. He tried it and was impressed.”

Johnson was attracted to this form of bodywork for many reasons. “I did not have to be treated three times a week or continually have to be readjusted,” she says. “I found it fascinating that following a session I would continue to feel my body adapting throughout the week and beyond.”

It also helped her as a singer. “The first benefit was getting my physical vocabulary, strength, and range of motion back,” she continues. “That continued and grew—even when I wasn’t seeing a Rolfer. Recently I was worked on by a practitioner who had been a dancer and had a great knowledge of music. He indulged my questions and fascination with how the body works and how proper alignment manifests in good singing.”

Caplan also experienced benefits with his oboe playing. “Rolfing further increased my overall kinesthetic awareness of movement. Rolfing puts an emphasis on how the parts I use as an oboe player (fingers, ribs, etc.) are always supported by a whole. I also learned some simple exercises that allow me to release bodily tension when it appears.

“About halfway through the sessions, I had a revelation,” Caplan continues. “Because of the increased overall body awareness I was gaining through Rolfing, I discovered that every time I took a breath to play a phrase, I was also tensing deep muscles of the upper neck. Once I noticed this, I was able to explore what breathing would be like without this added tension. This new awareness about my breathing is a subtle difference, but one which has brought much more security and freedom to my playing. Breathing, for oboe players, is the core of everything we do.”

Breathing is also a core element of singing, as is good posture and an elongated spine—all of which Structural Integration addresses. Rolfing can complement other activities such as yoga, Alexander Technique, Tai Chi, acupuncture, or Body Mapping. If you enjoy exploring alternative therapies, then Rolfing might be a viable option for you.

This was also published in the December issue of Classical Singer magazine. 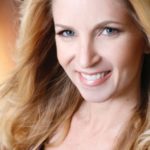 Dr. Michelle Latour is active as a teacher, singer, writer, and adjudicator and lives in Las Vegas. She has been on the full-time faculties at several universities. She is currently a voice faculty member for the Italian-based summer program, The International Opera Performing Experience and owns a private studio, the LATOUR Voice Studios.  You can visit her at www.thelatourvoicestudios.com, Facebook, Twitter, and Instagram.