Melanie Kohn Day is associate professor of music at Virginia Commonwealth University’s School of the Arts in Richmond. She serves as director of the award-winning VCU Opera, as vocal coach, History of the Art Song instructor, and Voice Masterclass teacher. She spent 15 summers in Italy working for Operafestival di Roma and served as its artistic director for the last six of those years. In addition to her activities as a pianist for singers, Day maintains a freelance coaching/voice studio for young professional singers. 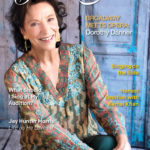 Dorothy Danner built an impressively vast and diverse career without any advanced degrees, learning instead from private teachers, directors, and working on professional stages. Regardless of her lack of classroom hours, she has taught at some of the most prestigious performing schools in the U.S., and her advice to young singers offers an invaluable perspective. Discover how this Broadway dancer and actress became an operatic stage director whose credits span from Once Upon a Mattress to Die Fledermaus. 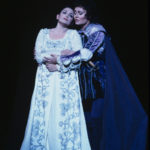 Mezzo-soprano Delores Ziegler’s mega career has spanned decades, opera houses, continents, and recordings, both on CD and film. After 14 years under contract in Germany, Ziegler returned to the U.S. where she expanded her career to include university voice professor. She has spent the last six summers teaching at Oberlin in Italy. Find out what it was like singing in Germany, what Ziegler’s teaching philosophies are now, what advice she has for learning to work with conductors, and much more in this exclusive interview.