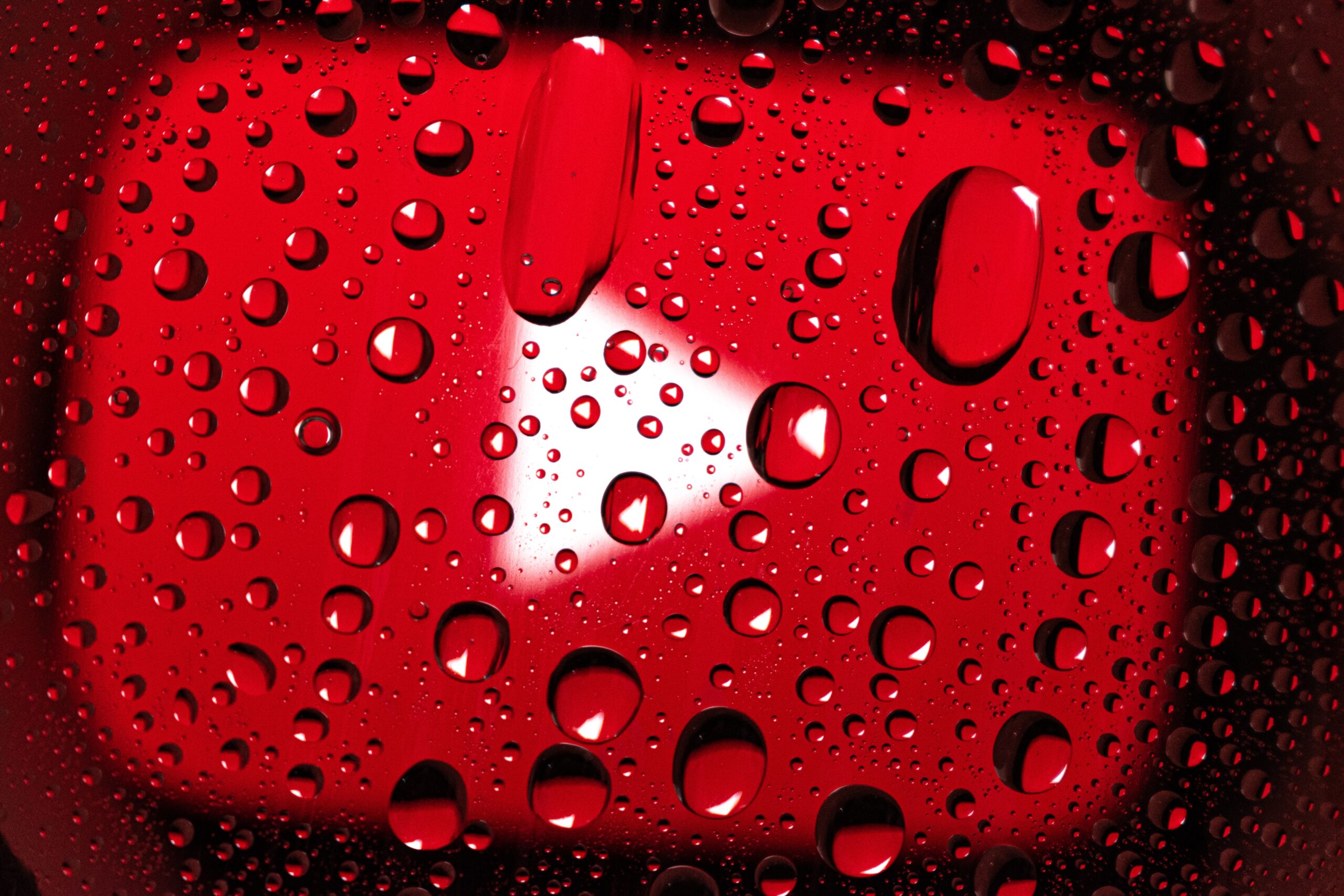 How do we know if anyone is watching submitted audition videos? As prescreening videos become more ubiquitous, singers are feeling frustrated with analytics revealing that videos were not viewed by companies rejecting them from auditions.

Early last spring I received a text message from a frustrated voice student. She had applied to a summer stock opera company, paid the application fee, and submitted her audition video (two full songs and a monologue) as an unlisted YouTube link. She was disappointed when she later received a rejection email, but she understands that “you can’t win ’em all” and was prepared to simply move on to the next opportunity. But what set her over the edge was that when she went back to check in on the YouTube link she submitted, she saw that the video had registered zero views.

Weeks later, she started digging deeper and logged in to the “Channel analytics” page of her YouTube account, which confirmed that the video registered its first two views after she had received her rejection letter, and we know that one of those views was her and the other was me, watching on different devices.

Did this company reject her without even watching her video? Or did they watch so little of it that it didn’t even register as a view? If so, is this sufficient justification to ask for her application fee to be returned?

As I began to explore her situation and talk to other artists, it seems this phenomenon is much more common than I would have first thought. One singer shared that she paid a $150 fee to apply for a residency program where she was asked to submit nearly 35 minutes of pre-screening material, two reference letters, and a statement of intent as part of the application.

After receiving her rejection letter, the YouTube analytics on her channel indicated that her video was viewed for a total of 1 minute and 14 seconds. She further mentioned that her first selection had a lengthy piano introduction that took more than 15 seconds, which means—assuming the panel started her video from the beginning—less than one minute of her singing was actually viewed.

This singer, who asked to remain anonymous out of fear of professional ramifications, said, “Personally, I struggle to see how anyone could ethically charge such a fee and then consider viewing 2% of my material a fair assessment of my work. I very nearly contacted them to ask for a refund of my application fee, but being a young, emerging singer with no clout, this seemed a good way to get blacklisted in the city and spoil my career. So, instead, I just rolled over and took the blow—and I’m sure I wasn’t the only musician to have the same experience. It was infuriating.”

Before we make any assumptions about who watched (or didn’t watch) what and for how long, we have to look into how YouTube actually registers views. Unfortunately, most of the information we can get directly from YouTube has to do with keeping people from artificially overinflating their views, not from registering an accurate minimum number of views.

According to a “YouTube Help” support page, the overseers of the video platform try to ensure that all views come “from actual humans and not computer programs.”(1) In doing so, they admit that it takes their systems some time to figure out which views, likes, dislikes, and subscriptions are “legitimate.” Some of the tactics they use to discard “low-quality playbacks” designed to register higher numbers of views include temporarily slowing down, freezing, or changing metric counts, including likes and views. But this occurs only after a minimum number of those metrics have been reached, particularly if they have been reached in a short amount of time.

They also remind users that some of the data they collect reflect differently on the watch pages than they do on the YouTube analytics pages for individual channels. They state, “This occurrence is a known issue and our team is working to fix this.”(2) As they continue to work to more accurately reflect the actual view numbers, YouTube’s staff asks for patience, stating, “Keep in mind that we’re constantly confirming and adjusting engagement events.”(3)

For other information on YouTube’s data, we have to consult the blogosphere. Regarding how long a video must be watched in order to register a single view, Stacey McLachlan and Paige Cooper write in a 2021 Hootsuite blog, “Each time a viewer intentionally initiates the playing of a video on their device and watches for at least 30 seconds, that counts as a view.”(4)

In a Content Powered blog, James Parsons suggests running your own experiment to test this out. He says, “Set up a video and set it as unlisted, so you don’t get public views. Then, using a computer or phone in a different location and a different account—one not tied to your creator account—watch the video for 10 seconds or so. If you check, this won’t count as a view. If you repeat the process with a different account still, you’ll find that a view longer than 30 seconds will typically count.”(5)

Blogger Matthias Funk of Tubics.com also notes the 30-second limit and adds, “If you skip through a video but the total time you spend watching is more than 30 seconds, the view will count too. If you watch for less than 30 seconds, it probably won’t.” (6)

Parsons agrees, but also points out that this way of registering views is not perfect. “If you have a five-minute video and a user watches three different 10-second segments of it, it’s possible the view will count; after all, the viewer was watching parts of the video,” he says. “However, sometimes it won’t, and there’s not much rhyme or reason to it.”(7)

McLachlan and Cooper state that YouTube videos that are embedded or shared on a site such as Facebook will also be counted when viewed. They also point out that if a viewer watches a video more than once, each screening will be counted as a new view. That being said, refreshing over and over again to try to “game the system” will be detected by YouTube, and those views will not count. In the same vein, as stated earlier, users must intentionally initiate watching a video for it to register. Autoplays will not count toward additional views.

Kayla Carmicheal on a HubSpot blog corroborates this information and adds that it may take a while for even legitimate views to register. “Though YouTube doesn’t publish this information, we know that it updates views approximately every 24 to 48 hours. It does not update views instantly,” she says.(8)

Most of us have probably watched how audition scenes are portrayed in the movies and on TV shows. These cases usually involve a young, hopeful auditioner stepping in front of an intimidating-looking panel of judges only to be cut off after two seconds of their song by a shout of “Next!” We know that audition panels can often decide quite quickly whether or not the person they are hearing is right for the part, but the odds of them actually cutting a singer off after only a few seconds is extremely rare in actual auditions—if for no other reason than the fact that audition panels are made up of human beings and that would be terribly rude.

Because of this, singers know that even if the beginning of their song is shaky in a live audition, they have the chance to redeem themselves if they stick the landing and finish strong. But, if we consider the experiences and information related above, some panels may not be giving singers even 30 seconds of performance time in video-submitted auditions before they click away.

Of course, until we get more reliable numbers from YouTube, there is no way to say with absolute certainty how long individual videos are being watched or if they are being watched at all. The last thing we should do is set up a straw man argument and rile up the masses over a problem that may not even exist. But it is absolutely a possibility that singers submitting videos may be getting less consideration than those who audition in person. Therefore, auditioners should take a “buyer beware” attitude when submitting video auditions, especially if they are asked to pay a fee in order to do so.

When theaters and opera companies first began widely accepting video submissions for auditions, it was a necessary pivot due to circumstances related to the COVID-19 pandemic. When these companies began to return to in-person auditions, many of them decided to continue to accept video submissions in order to allow for greater access to their auditions and to open up to a wider pool of applicants.

This works to the advantage of the companies as well as the auditioners, since they can save on the time and travel expenses that often come with in-person auditions. Naturally, this means that many companies are receiving more submissions than ever before, necessitating more hours dedicated to the audition process. But if the result is that singers are being heard for only a matter of seconds before being passed over, is this system really more accessible? Is it more equitable? Or is it just allowing companies to collect more audition fees?

In an effort to be both fair and transparent, companies should be up front about how much time they give to audition videos. Perhaps they could publish the parameters they abide by, such as pledging to view every singer’s first selection in its entirety, at a minimum. At least then singers would know exactly how much consideration they will be given.

In the meantime, singers should feel free to ask companies about their viewing practices for video submissions. If audition panels know that singers will be keeping tabs on the number of views those videos receive, they may be more likely to watch beyond a minimum threshold. As the YouTube analytics become increasingly reliable, companies that collect fees without honestly giving singers full consideration will be exposed. And word travels fast in the age of the Internet.

Brian Manternach, DM (he/him), is an associate professor at the University of Utah Department of Theatre and a research associate at the Utah Center for Vocology. He is an associate editor of the Journal of Singing, and his research, reviews, articles, and essays have appeared in numerous voice-related publications. brianmanternach.com / drbrianmanternach.blogspot.com / bmantern@gmail.com