This is part 4 of 6 as we highlight the First Place winners of each division from the 2020 CS MUSIC VOCAL COMPETITION. 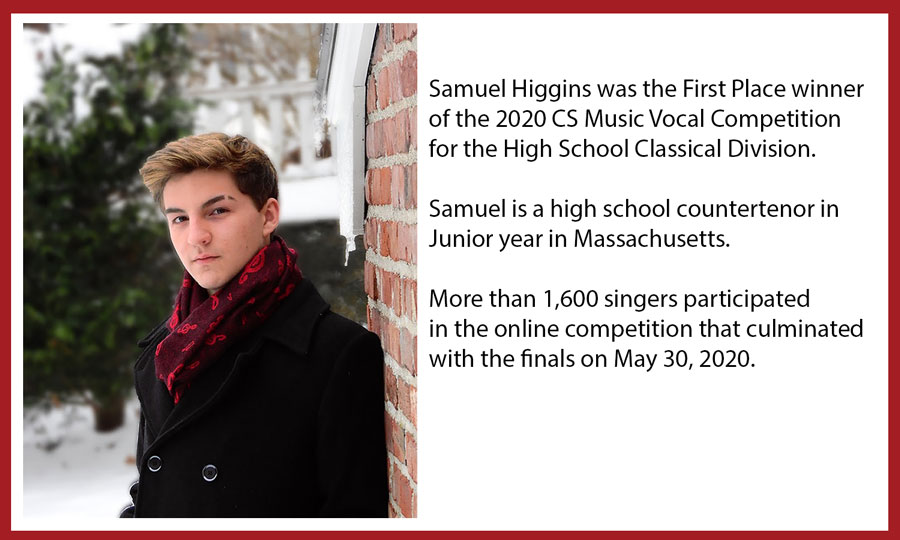 CS Music: Tell us a little about yourself.

Samuel Higgins: I am a high school countertenor in Junior year at Milton High School.

CS: What is your dream role?

SH: Well as of now, I’d love to play Ottone in Agrippina, but really my dream is to steal the role of Octavian in Der Rosenkavalier from the mezzos :).

CS: How do you feel that singing, and music in general, can have an impact on the world?

SH: Singing is such a profoundly personal endeavor. It requires a magnitude of vulnerability that not many people have, but when done well, the raw emotion can move an audience to laughter, tears, or really whatever you want. Music, and especially classical music, has an insane effect on the audience. When I’m moved by a performance, I can’t fall asleep afterwards because I just want to dwell on what I’ve just listened to. Music is the one sure fire way to bring people together. It has no political belief, no agenda, no vendettas. It is there for anyone to enjoy, no matter where they come from.

CS: Name some of your favorite professional singers and why they are so impactful.

SH: Janet Baker, one of the first sopranos I ever possessed a recording of, will always be one of my all-time favorites. She sings everything so masterfully, and with such artistic flare. I am also inspired by the words and voice of Renee Fleming, of course. The thing that impresses me most about her is that her voice is so distinct, and her interpretations are so different from anyone else. Of course I have become very inspired by Denyce Graves. I not only have listened to her recordings for years, but through Classical Singer, got to have a masterclass, and afterwards a private lesson with her. In my short time working with Ms. Graves, I was completely blown away by her outlook on singing, especially when she told me that one of the most important things for her was that, in a recital, folks put down their programs and just watched her. Her goal was to be able to convey the text so clearly that no one would have to look down.

CS: What was your experience like participating in a virtual competition and convention vs. the traditional live setting?

SH: I of course love singing live, but the way CS music was able to put this together was masterful. It was about as immersed as one could get while quarantined. It offered not only the option to compete virtually, but also sing live for many world-class singers. 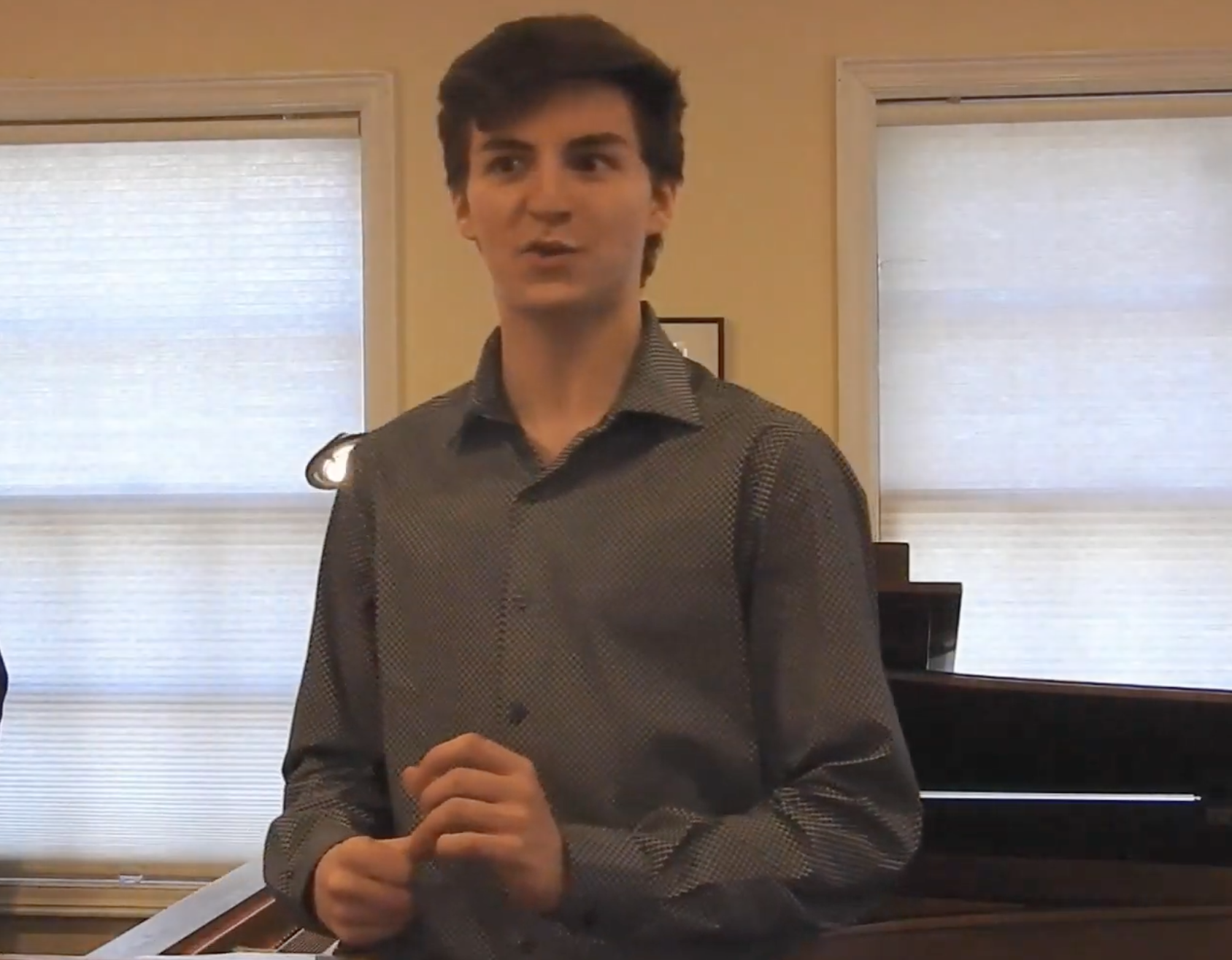 CS: In terms of singing and performing, what has been your biggest struggle and how have you overcome it?

SH: My biggest struggle has been being a countertenor, honestly. I sound like a broken record, because I am literally asked this all the time, but my countertenor experience has not been easy. I first fell in love with high Italian Opera, the operas of Verdi, Puccini, and Bellini. Soon after, I fell in love with the melodies of Strauss and the complete awe-inspiring genius of Wagner, none of which represented my voice type, which occurred simply because I kept singing in the range throughout my voice change. I lost quite a bit of work when conductors thought my voice would change, but it never did! Eventually, I came around to the wonderful music of Handel, Hasse, Vivaldi, and my true musical love, Bach. I never overcame this, but I learned to love the rep that I’ve been given, and I truly enjoy just being able to sing, whatever it may be, but especially bach!

CS: What advice would you give to future participants in the CS Music Competition?

SH: In the hopes that I don’t sound cliche, I’ll say something other than “prepare well” or “practice.” I’d say that personally, I think picking rep that you really connect to or find interesting on a personal level is the ticket here. If you are singing something that you can’t feel, then why sing it? For me, the 24 Italian songs are insufferable emotionally. I can’t connect with them, so I go for stuff I love that the judges don’t hear as much.

Watch all of the winners of the 2020 CS Vocal Competition