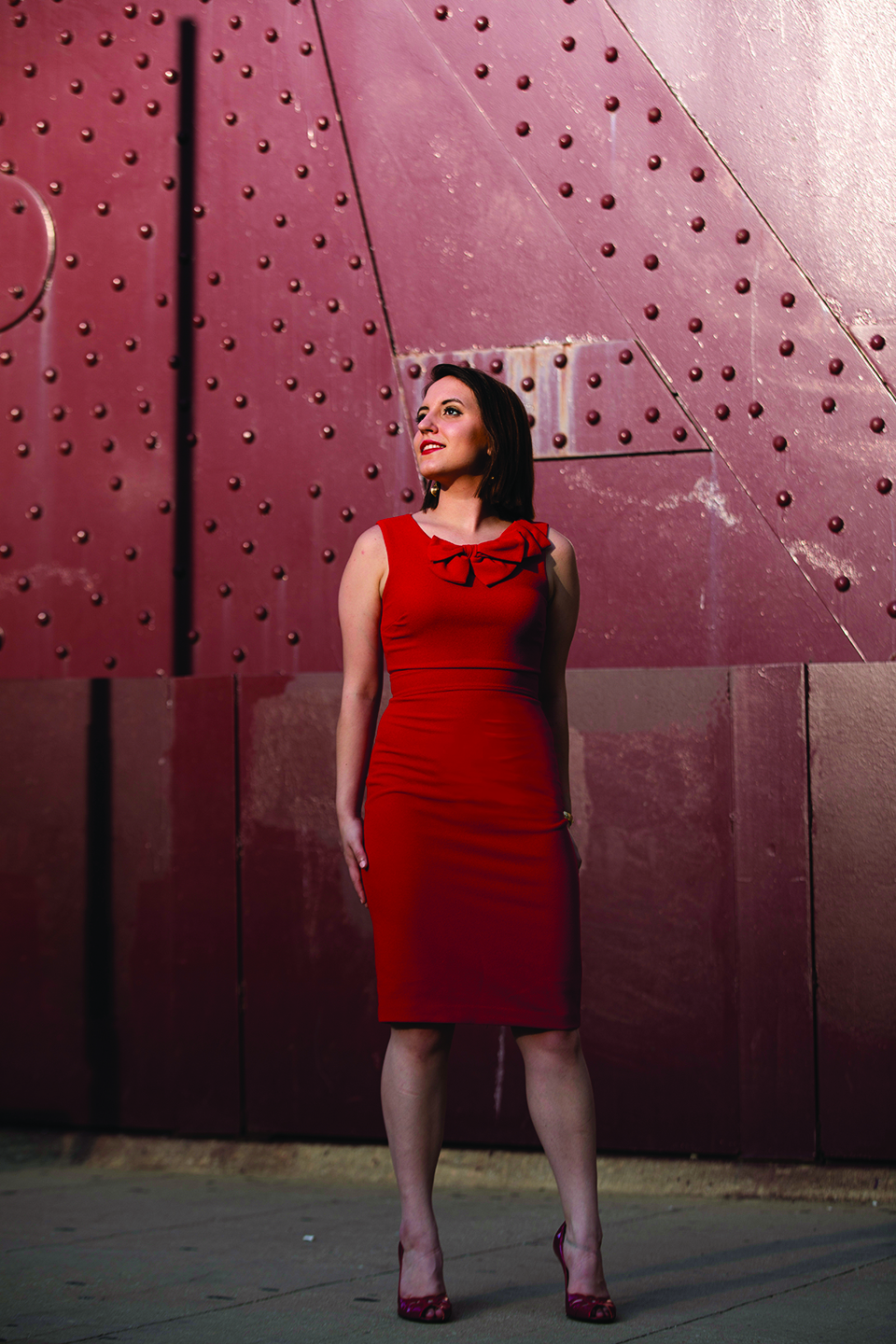 emind us of your experience with winning the CS Music Vocal Competition back in 2012, and what was the most important lesson you learned by participating in the competition?

I entered the CS Vocal Competition towards the end of my sophomore year of high school. Initially, I felt I was not ready to enter, since there was so much scholarship money at stake, and was hoping to only participate in masterclasses. However, I ended up entering after being encouraged by the CS Music staff to at least compete for feedback. In a way, it was somewhat better to come in without any expectation of winning and just being there to learn. I gave myself the space to continually improve, even in that short weekend.

I would say the most important lesson that I learned was the importance of taking advantage of every opportunity that was given. Every round of the competition and every masterclass taught me something and connected me to either a new person or idea. Even when I just attended a class, I learned so much from the other singers and the advice that was given. Those lessons were the cornerstones that I took with me to college and beyond.

Do you feel like there were doors opened to you because of winning the competition? If so, why and how?

The biggest and most important doors you can open at a competition are the connections you can make with faculty at colleges and people in the industry.

One person I met at the finals was Roger Pines, frequent contributor to Classical Singer Magazine and dramaturg at Lyric Opera. After the competition ended, he asked me what I sang besides the repertoire I had sung and offered to be of any help in advising my repertoire and next steps. At that time, I didn’t really know or understand what a great resource that he is, but I sent him an email within the week. From that meeting, he became not only one of my greatest mentors but also a close friend. Roger was the one who encouraged me to go to the Curtis Institute, to Ryan Opera Center. He wrote my college recommendations. And still today, we speak on a very frequent basis. Meeting Roger was one of the turning points of my life, and I have Classical Singer to thank for that!

Do you have any advice for those looking to participate in the 2021 CS Music Vocal Competition?

The two very basic (but very important) pieces of advice I would give are these: take advantage of every masterclass that you can. If I can add something to that it would be to ask questions and talk to the presenters if you can. Always make an impression of being hungry for knowledge. I would also say, be smart in choosing your repertoire. Choose pieces you know you can sing well and that are appropriate for you. Everyone wants to hear healthy, beautiful singing—not necessarily the most flashy, crazy piece.

What have you been doing in the 9 years since the competition? What are you currently working on and where do you see yourself going in the future?

Since the competition nine years ago, I attended the Curtis Institute of Music for my undergraduate degree. During that time, I spent one summer at Chautauqua Institution and two summers at the Glimmerglass Festival. After graduating, I joined the ensemble of Ryan Opera Center at Lyric Opera of Chicago for two years. I also made my debut at the Kennedy Center in Washington National Opera’s Candide and was in the New York Premiere of Charlie Parker’s Yardbird—the first opera to be performed at the Apollo Theatre in NYC. I’ve managed to fit a lot into a short amount of time!

Currently, I am the youngest member of the 2020-2021 Ensemble of the Bayerische Staastoper. While the world has been completely shaken by COVID-19, my workplace has continued to produce opera, something I am extremely proud of. I starred in their holiday offering of Hänsel und Gretel, opposite Irish mezzo-soprano Tara Erraught and the production is streaming worldwide until the end of January. Next up, I am singing Marzelline in Fidelio at Bayerische, before travelling to Bergen, Norway to make my Norwegian debut as Servilia in La Clemenza di Tito.

I hope to keep performing—both in Europe and the USA—and continue work to inspire young people to love and attend opera in the future. I believe it is vital for every single person in the opera industry to spread their passion for this art form to others. As we have seen, art can sometimes be ignored in times of crisis; but culture is what defines humanity and makes us special. I want to inspire my generation and the next to include opera in their lives—whether that is as singers, administrators, or audience members and future advocates!

Do you have any advice for those who won the 2020 CS Music Vocal Competition or who will win the next competition? Is there anything you didn’t do that you wish you had or vice versa?

For the winners of the 2020 competition and 2021 competition, my advice would be look at your feedback, really think about what was successful vs. not successful and apply that to your college auditions/future auditions. I think that looking at these things with a critical eye is important to evolve as artist. Also—keep in touch with the people you found to be helpful throughout the competition. You never know when you made need guidance, a mentor or even a friend!

This is probably the most difficult time in modern history for classical performers to carry on because of the pandemic. But this is also the time that you need to really focus and work on yourself for when things open up again. I am incredibly inspired by people like Lisette Oropesa, who has been realistically optimistic but also motivating everyone to keep working hard. Not every day will be productive; but to carry the torch of opera into the 21st Century, we have to strive to be the best version of ourselves and innovate the industry into a diverse, inspiring art form that survives.