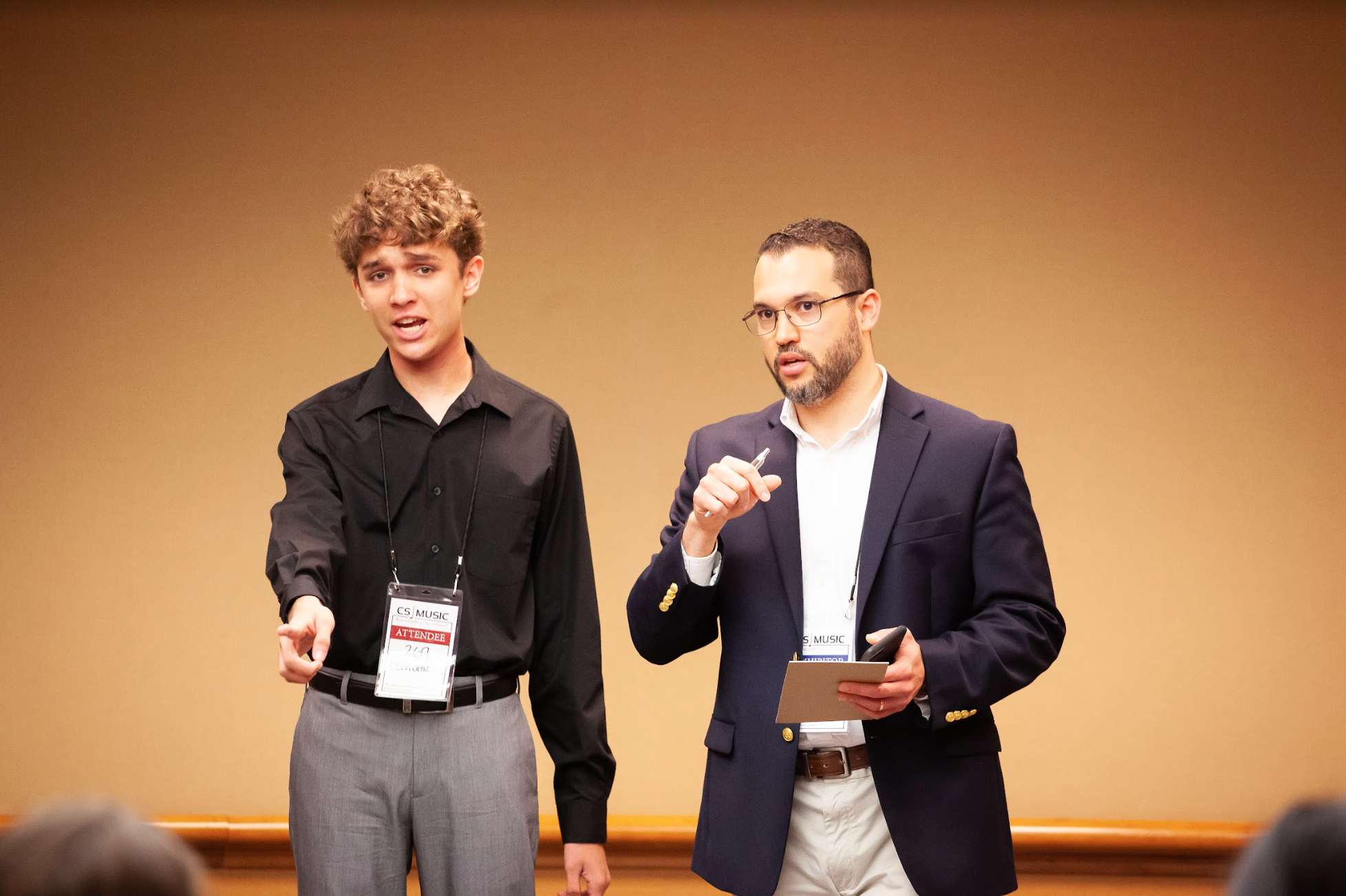 The classical singing industry finds itself with fewer lower voices professionally and in school programs. Recruiting tenors, baritones, and basses requires shifts in cultural understanding of the arts as a professional field.

Dr. Carleen Graham, dean of the Vocal Arts Division at Manhattan School of Music (MSM), relates this anecdote from her time working with vulnerable populations as part of her work with Houston Grand Opera; she considers it one of the most powerful moments of her life. The teenager who expressed that sentiment was participating in an activity that involved listening to musical selections and responding with a feeling on a mood meter (happy, sad, nostalgic, and so on). The piece in question was an excerpt from Chopin’s Nocturne Op. 9, No. 2, and this individual responded with “mad.”

Even though that example pertains to a piano selection, the larger issue of lack of exposure to classical music at a young age is part of a conversation about why, in classical singing, fewer males (or lower voices) are participating in high school ensembles and, consequently, pursuing singing in college and professionally.

From Dr. Graham’s perspective, and the perspectives of other university administrators, lack of exposure to classical singing in elementary, middle, and high school is taking a toll on the number of male singers at college auditions. This means that colleges and universities are working harder to recruit lower voices. Dr. Graham also believes that the opera world’s continued focus on traditional repertoire, composed when most roles were written for tenors, baritones, and basses, “further highlights the fewer number of lower voices emerging into the field.”

The challenge is already seen at a young age. Jeffrey R. Smith, artistic director and conductor of the Philadelphia Boys Choir & Chorale, has been witnessing a gradual decline in the number of boys who audition since his tenure began in 2004—and he reports that the students who are auditioning tend to be lacking in basic musical skills.

“Culturally, singing seems to be less popular in America than in other countries we visit around the world,” Smith says. “While we were on a tour, I believe in Argentina, we were walking the streets at night, and about 20 guys in their late teens or early 20s who were hanging out on the street suddenly broke out into song, all in tune. I don’t think you’d see that in America, or they wouldn’t sound very good, or they wouldn’t be singing at all. Singing is more a part of other cultures. It seems like, in America, kids feel like they have to choose either sports or the arts.”

Smith has also observed that it seems to be more common for girls to sing and be expressive and emotional. “We have some boys in our choir who are expressive, but generally boys have the inclination to do something more physical.”

The good news for the Philadelphia Boys Choir is that the total number of boys in the performing choir (80) has stayed the same each year. The not-so-good news, Smith says, is that he’s had fewer boys to choose from each year. For example, in his most recent round of auditions, he wanted to accept about 40 boys out of the 103 who were scheduled, but some of them didn’t show up, and many others didn’t show up for call-back auditions. “That’s especially frustrating,” he says.

The choir finds boys interested in singing mostly through contacts with elementary schools, and Smith travels to most of the schools to conduct the auditions himself (with parents’ permission). Social media outreach also helps find potential singers, as does connections with area churches that have youth choirs. Smith estimates that a small portion of the choir, maybe 5 to 10 percent, goes on to pursue music in college and/or as a career.

Lack of exposure to music at the elementary school level is a reason also given by Bradley Williams, New England Conservatory’s chair of voice. NEC has been successful in having enough male voices for their program, but “there are always more sopranos that apply for everything around the world—more than the other voice types combined,” he says. Because of the lack of music in lower grades, Williams is not surprised that the number of males participating in high school music programs is down. 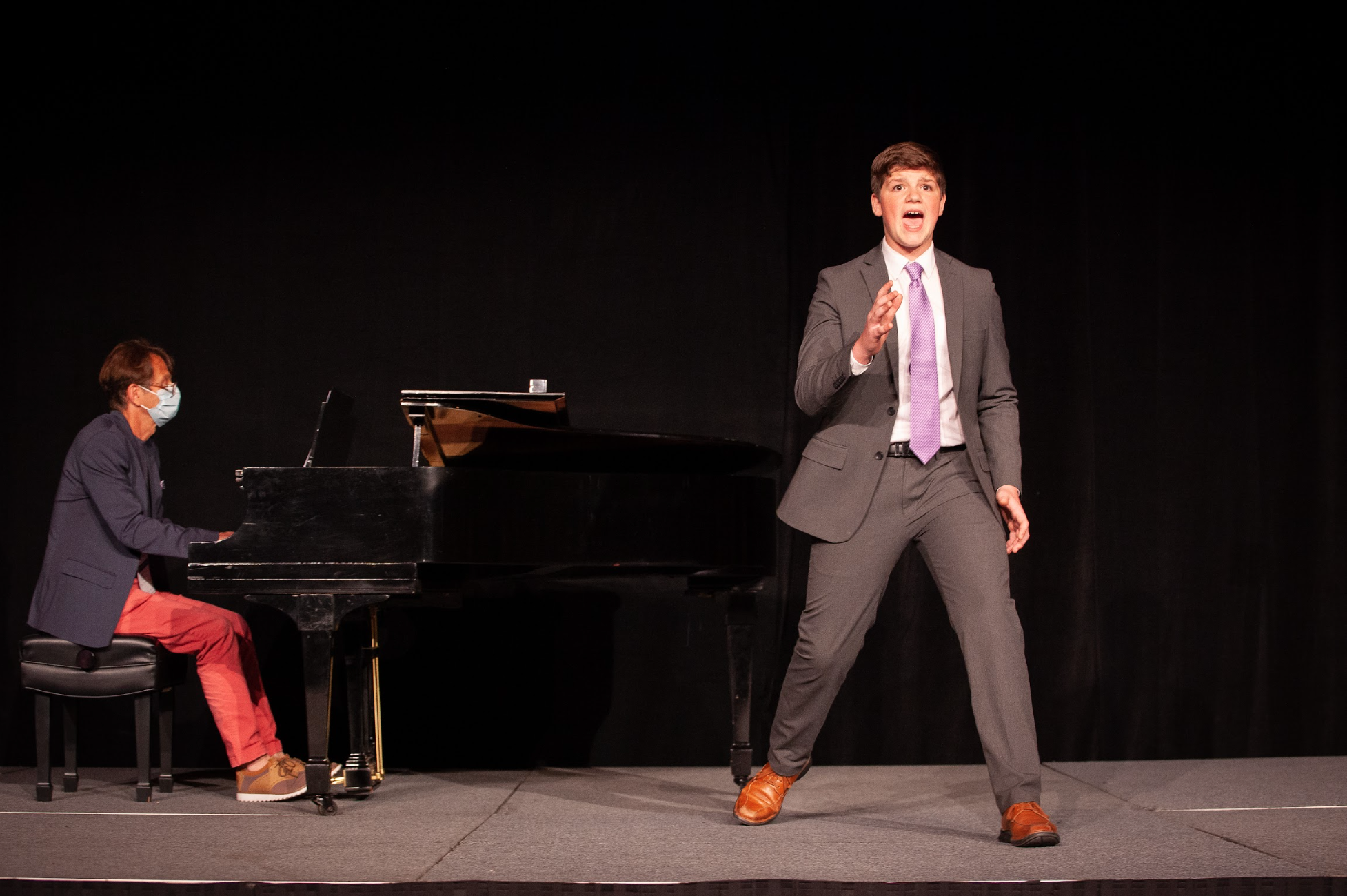 “In my generation, we were exposed to classical singing. When I was in high school, we had the class president in choir and on the football team, and it was considered ‘cool.’ Schools at that level have to make singing attractive again, and that takes dynamic, charismatic teachers who inspire a love for the music. If boys have never heard classical singing [at a young age], why would we expect them to be in a choir in high school?”

Williams shares NEC’s three major strategies for recruiting lower voices, beginning with its robust marketing strategy in print and online, and the “ability to make a personal connection with candidates” before and during the admissions process. Whether from their teachers or friends, a lot of high school students are getting the advice to try to connect with college faculty because, Williams says, “they should be choosing a school for the voice teacher . . . and those teachers also need to be dynamic and charismatic.”

In return, after the prescreening, NEC connects with students during their campus visits “as best we can, to give them a great experience, and see how effective we can be in a lesson format with them. We go out of our way to try to connect, to help them make their decision.”

Third on Williams’ list to find male voices is a financial strategy straight out of the sports world: scholarships. “Because of rising tuition and families’ financial situations, an institution needs to have the ability to back up their interest in a candidate with the right kind of scholarship offer and be competitive with peer institutions. We have to think of [musical groups in higher education] like university sports teams—the way they get the best athletes is through their scholarship offers.”

Dr. Graham faces “issues of an imbalanced student population in classical voice” at MSM and also mentions scholarships as being incredibly helpful to entice lower voices into the college music scene. Along with the “exposure to music” problem already mentioned, she lists a number of factors that could be working against the situation.

“Though we know that having the best vocal pedagogues on faculty—no matter the voice type—is the priority, many students often choose to study with a teacher who has experience singing the repertoire they hope to sing,” she says. “Three men on our faculty retired last spring, and we hired four to ensure a presence of lower voices . . . faculty are the main draw because you generally go to school to study with a specific person. It’s important to have a robust faculty that will draw various kinds of students.”

The simple aspect of a person knowing they have a voice can also be a mystery. “A lot of students don’t even know they can sing until someone identifies it,” Dr. Graham observes. “I’ve known a high school student who, when singing the National Anthem in the crowd at a sporting event, was heard by the choir director and the next thing they know, they are the star of the high school musical and auditioning for college music programs. Singers can be late to identify for many reasons.”

Dr. Graham also points out that lower voices can benefit from singing in college purely because of the education they will receive. “I still believe strongly that a degree in music will serve you better than any other degree. Anyone who can successfully complete a music degree at an institution has developed a set of skills that employers will value, like discipline, critical thinking, perseverance, and the ability to collaborate with others, that a lot of other degrees don’t even begin to address. Employers lament that no one can communicate, problem solve, pay attention to detail, or work on a team. Musicians learn these skills. A degree in music is not a guaranteed road to poverty.”

But what if a potential employer isn’t looking for a music degree? “Music schools could do more to promote these qualities to potential employers outside of the comparatively small bubble of classical music organizations. Musicians are used to auditioning, to proving their artistic worth to an employer,” Dr. Graham says. “Some of it is society’s views about classical music and how it is valued by the larger population.”

Then, there is the suggestion that colleges and universities expand and rethink their recruiting efforts to attract lower voices, in terms of how they evaluate potential students. For example, Dr. Graham poses, what if a singer is extremely talented in a style that is similar to classical—like Mariachi? Is the training of a classical voice too exclusive, with too much attention paid to “this is the one path to success”?

And she considers it a “huge barrier” when institutions expect that students have taken private voice lessons prior to admission. “A student might not know that they need to take private lessons or might not have the resources to pay for them, or the family may not be able to provide consistent support for other things like transportation to weekly lessons or sending their child to summer music programs. I didn’t even know you could go to college and major in music until my senior year in high school.”

Also addressing the subject of society’s approach to the arts, Dr. Robin Rice, chair of Voice at Rice University’s Shepherd School of Music, thinks that money matters might be preventing males from entering the vocal field. (For his part, Dr. Rice recalls that his own decision of whether to play football, play in band, or sing in choir in high school was easy, but he also believes that “singing is not an important part of the high school culture today.”)

Like Williams at NEC, Dr. Rice attributes success with male singers to the “standard, old-school practice of having one-on-one time and/or a lesson with the student to see if it’s a good fit. We hear [auditions by] really fine students and make really good offers,” he says.

“But the number of males varies from year to year. The downturn because of the economy happens especially with men, and the same thing happened when I taught at Ohio State. There’s a culture of men being the ‘breadwinner.’ They hear the mantra of ‘no money in the arts’ compared with some other field like being a lawyer or neurosurgeon, and they probably feel that pressure—whether it’s being put on them directly or they feel that it’s society’s expectation. I think those arguments are always going to be with us.”

Greg Waxberg, a writer and magazine editor for The Pingry School, is also an award-winning freelance writer. His website is gregwaxbergfreelance.com.