Dominican operatic tenor Francisco Casanova, recognized for his ringing, bel canto vocal style, died on 26 September 2019, in Providence, Rhode Island, at the age of 61. He had been undergoing treatment for gallbladder and liver cancer for several months before his death from complications related to this illness.

Throughout his 25-year career, Mr. Casanova performed a vast repertoire of almost 60 roles on some of the world’s finest opera stages. Among these were the Metropolitan Opera in New York City, the Teatro alla Scala in Milan, the Vienna State Opera, the Rome Opera Theater, the Arena di Verona, the Concertgebouw in Amsterdam, the Teatro Colóm in Buenos Aires, and the Opera of Tel Aviv, to name a few.

But Mr. Casanova excelled at Verdi roles especially—he sang 22 of them—and this specialization earned him his best notices. The New York Times, for instance, praised his “big, bright, and self-focused singing” when he played Foresto in the Opera Orchestra of New York’s 2003 production of “Atilla,” one Verdi’s early works, at Carnegie Hall. That same year Il Corriere della Sera lauded Mr. Casanova’s debut as Jacopo Foscari in Verdi’s I Due Foscari at La Scala.

Mr. Casanova often took on the harder tenor roles like Jacopo Foscari, Eléazar in Fromental Halévy’s La Juive, and Arrigo in Verdi’s I Vespri Siciliani, explained his longtime friend, Elaine Rinaldi, a New York-based vocal coach and the founder/conductor of Orchestra Miami in Florida. “He had the vocal strength to sing these roles, which require a lot of stamina and flexibility.”

Despite Mr. Casanova’s vast experience as a lyric tenor in his own right, however, perhaps his most infamous performance was in covering opera superstar Luciano Pavarotti for one of the famed tenor’s final performances of Giacomo Puccini’s Tosca at the Metropolitan Opera in 2002. Less than three hours before curtain, Mr. Pavarotti called in sick with a respiratory ailment, so Mr. Casanova stepped up to sing the title role of Mario Cavaradossi, the painter.

“The audience booed when [Met General Manager Joseph] Volpe made the announcement,” recalled Ms. Rinaldi, who was in the audience that night. (Billed as Mr. Pavarotti’s likely farewell to the Metropolitan, ticket prices reached as high as $1,875 for that evening’s performance.) “But at the end of the first aria they were cheering Francisco. And when the soprano [Maria Guleghina] came out, she took his hand on stage—she didn’t do that when she sang with Pavarotti. The cast was very supportive of Francisco.” 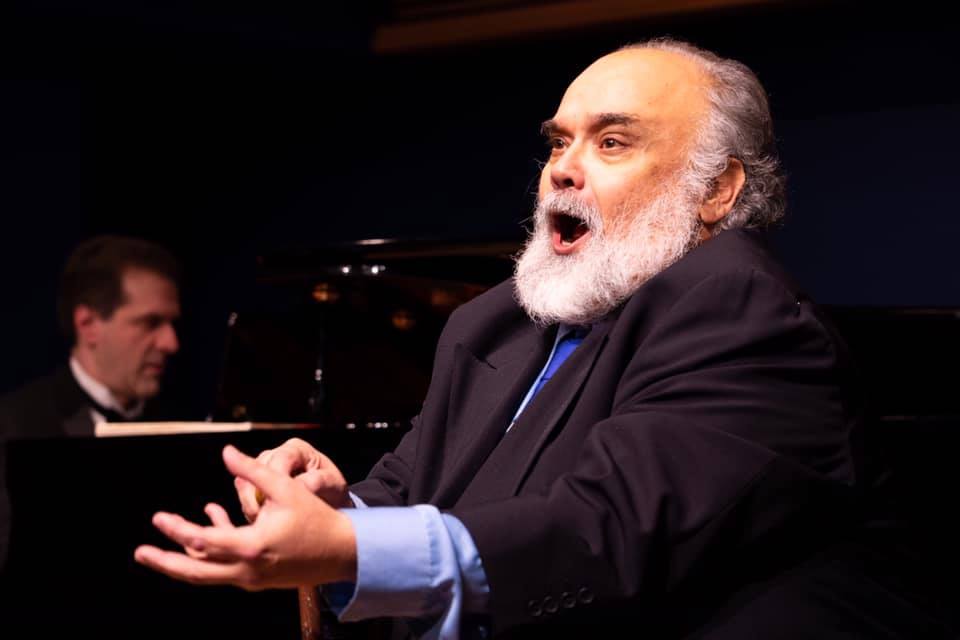 Also in 2001, Mr. Casanova won the Beniamino Gigli d’Oro Award—the first non-Italian ever to do so—and the title of Berlin Opera Singer of the Year. These awards had followed earlier accolades: In 1989, Mr. Casanova was a national finalist of the Metropolitan Opera Guild Singing Competition and in 1990 he won both the First Grand Prize for Male Voices of La Traviata in Barcelona, Spain, and the Second Prize for Male Voices of the Bilbao III Singing Competition.

Besides his work with the brightest talents from the opera world, Mr. Casanova sometimes collaborated with artists from other musical genres. In May 2000, he joined R&B superstar Stevie Wonder, Senegelese griot singer Baaba Maal (most recently of Black Panther fame), Spanish tenor Jose Carreras, and pop star Dionne Warwick in a concert celebrating World Environment Day at the United Nations.

Mr. Casanova was born Francisco Chahín Casanova in the town of Santa Cruz del Seibo, Dominican Republic, in 1957. He began his formal musical training with Maestro Cuto Estévez at the Municipal Music Academy in El Seibo before transferring his studies to the Conservatorio Nacional de Música, Santo Domingo, in the Dominican Republic’s capital city, at the age of 16. Four years later, he moved to New York City, where he studied with Italian baritone Luigi Veccia. Later, he entered the studio of Pier Mirando Ferraro, who mentored him in the bel canto style of singing for almost 20 years until Mr. Ferraro’s death in 2008.

In 2007, in keeping with the tradition of his mentor, Mr. Casanova opened a vocal studio in New York City, a joint effort with his wife since 1988, soprano Janice Bronhard. Through this studio, Mr. Casanova coached dozens of aspiring singers in the Ferraro method for more than a decade. The studio’s name, VeraMusica, summed up how he viewed his life, he told OLA: Opera Latinoamerica in 2018. “[It’s about] the love of music,” he said.

Suzanne Lorge is a Manattan-based freelance journalist who covers music, culture, and business. Her work has appeared in The New York Times, Wall Street Journal, NPR, Huffington Post, Institutional Investor, and The Washington Times. She is a regular contributor to Downbeat magazine and New York City Jazz Record.