I have dealt with chronic infections in my throat, and my doctor has recommended a tonsillectomy for quite some time (years, actually). I’ve been too afraid to get it done because of the possible change that could occur to my voice. But just recently I was discussing this with a friend who’s brother is a singer and just had his tonsils removed. He has said that the results he had have all been positive and he would recommend it. Now I just feel confused. What exactly are the ramifications of having a tonsillectomy as a singer and at what point does it make the risk worth taking?

Thank you for your time!

Thank you for your question. In the singers’ world, some myths seem to never die, and this one, about tonsils and singing, is right at top of that list! But it understandably remains a concern, since the tonsils, sitting in the junction between the mouth and the pharynx, are anatomically located in an important  part of the vocal tract. And it certainly doesn’t help when you read the Damon Runyon-esque  characterization of singers as “having a nice set of tonsils”!

Why are tonsils there, what do they do, do we need them, and what happens to the voice when they are removed?

First, a little medical background.  Tonsils, like your lymph nodes, are an important part of the body’s defense system. They contain immune  cells, and contribute to a child’s immune development. They form the largest components  of a ring of immune structures which guard the entrance to the nasophrynx and oropharynx.  Other parts of this defensive ring (called Waldeyer’s ring) include the adenoids in the back of the nose, the lateral pharyngeal bands in the back of the oropharynx, and the lingual tonsils, across the back of the tongue.

Nothing, whether ingested or inhaled, can normally enter your body without passing through this ring of immune tissue. And considering that an infant or young child is a newcomer in this world full of bacteria, viruses and other foreign material, for the first 4 or 5 years the tonsils (and the rest of Waldeyer’s ring) is very busy with immune surveillance, taking snapshots of  visitors, and making antibodies (immunoglobulin A) against potential invaders.

But this function is mostly complete by age 5, and the tonsils lose their importance. I should add that, even at this young age, there are many other parts of the body where similar antibodies are made (such as the small intestine), so even in a young child, the tonsils are not “essential”, and may be removed if really necessary.

As the tonsils lose their function, approaching the teen years, they usually get smaller and inconspicuous. By the late teens they are mere residual tissue with no benefit to our health. 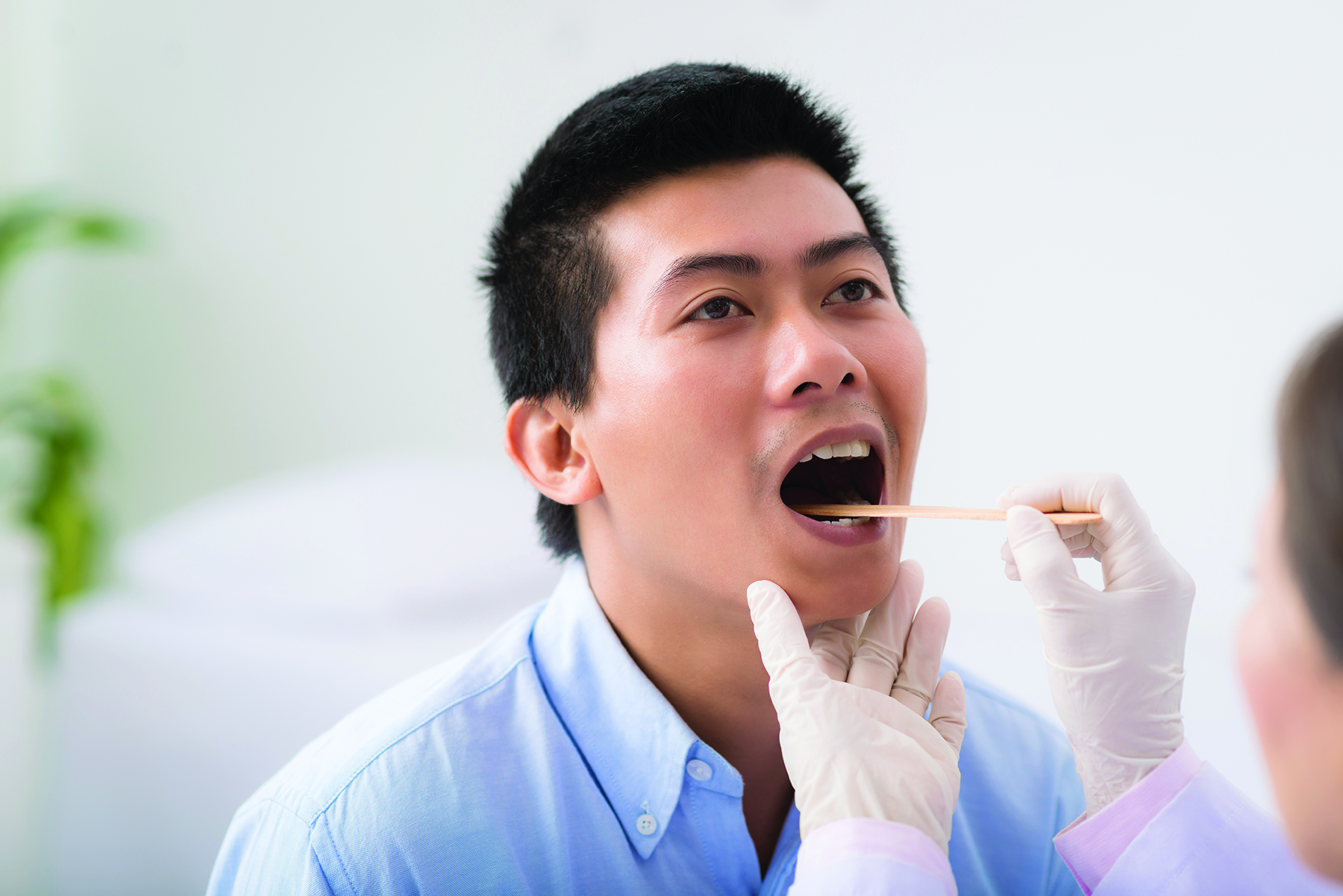 But there are situations where tonsils continue to exert an effect on your body. These effects, unfortunately, are all negative. One situation is where tonsils do not shrink away, and continue to occupy a significant amount of space in the back of the throat. Infectious mononucleosis typically causes the tonsils to swell, and some of this swelling may persist even when the virus has resolved. Large tonsils may cause partial airway obstruction, particularly when sleeping on your back, with snoring and even gasping for air. From the singer’s point of view, this can contribute to a covered voice, and even make it difficult to raise the palate. Such excessive large and obstructive tonsils should be removed.

A second, and more common, situation is chronic tonsillitis. In this scenario, bacteria have taken up lodging with the tonsil tissue, and refuse to leave. Under most circumstances, they’re quiet, kept under control by the body’s immune system. However, when the immune system is temporarily weakened, they become active, causing tonsillitis. This decrease in immune function can have many causes: concomitant illness, psychological stress, and inadequate rest are some. The end result is repeated sore throats several times a year, which may lead to recurrent illness and require repeated courses of antibiotics. The antibiotics can tip the scale back in favor of the patient, but can not completely eradicate the bacteria hidden within the tonsils. While not always enlarged, these chronically infected tonsils, like those big obstructive ones, are best removed.

Hopefully the above explanation will lead you to draw a couple of conclusions. First, that after early childhood, tonsils serve no important function in the body. Second, that infected or enlarged tonsils in adults have a negative impact on your health. And now, I need to discuss how the removal of tonsils, correctly done, will have a positive effect on you as a singer.

Since the tonsils sit on either side of the throat between the tongue and the palate, their removal must be done with care, especially in the singer. In addition to speaking and swallowing, common to all of us, singing requires even greater pliability and mobility of the posterior tongue and the soft palate. The tonsils should therefore be removed with minimal trauma, and preserving as much of the adjacent tissue as possible. In this regard, I recommend that you see an ENT who is knowledgeable  regarding your needs as a singer, and who will take the time to do the surgery correctly. Since tonsillectomy is rarely an emergency, you should find someone you are comfortable with.

And what happens to your voice, once the tonsils are correctly removed?  The good news is, that any change is positive! If the tonsils were large, you may find that the voice is less covered and moves forward. There is more resonating space in the back of the throat. You may even find more control of the palate and reduced tongue tension. If the tonsillectomy was to address recurrent infections, their removal will leave your immune system stronger and more able to deal with other infections, and you with fewer periods of sore throats, less antibiotics, and possibly fewer cancellations. So, if the medical indications suggest that a tonsillectomy would help you, let go of that old myth, and think of the potential positive effects on your health, and even your voice.