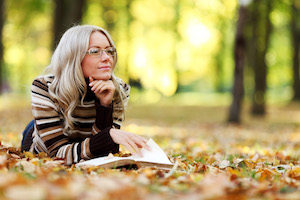 Until relatively recently, anyone who wanted to learn the vocal techniques required to authentically and sustainably sing in Contemporary Commercial Music (CCM) styles would have had a difficult time finding reliable instruction. In the new book So You Want to Sing CCM: A Guide for Performers, editor Matthew Hoch identifies many widespread myths that likely led to this deficit—like the assumption that any “nonclassical” singing was harmful to the voice.

For the book, Hoch interviewed 12 trailblazers in CCM vocal techniques who have spent their careers fighting against these misconceptions. Our conversation below discusses their various methodologies, highlights the resistance they faced along the way, and provides a glimpse into the next So You Want to Sing books.

You refer to the 12 teachers profiled in the book as “some of the greatest and most established luminaries in the field.” Did you have a difficult time narrowing down the list or was it fairly obvious whom you should consult first?

Our goal from the outset was to focus on the pioneering generation—those pedagogues who were among the very first to explore the teaching of nonclassical vocal styles. For most of the 20th century, all voice lessons were classical. In the 1970s and 1980s, a few prominent names began to appear who are still active as senior pedagogues in our field: Jeannette LoVetri, Robert Edwin, Elisabeth Howard, and Mary Saunders Barton are four that came instantly to mind. Jo Estill and Seth Riggs were, of course, foundational as well, and their legacies are represented through the participation of Joan Lader and Darren Wicks, respectively.

Interviewing Katie Agresta—who has been a New York fixture for over four decades—and hearing her stories was a wonderful way to spend several hours. Not every singing teacher gets to tour with Bon Jovi! Lisa Popeil was an obvious choice as one of the most important Los Angeles-based teachers. And we knew David Sabella would make for a most engaging chapter: as an accomplished classical countertenor turned Broadway star turned CCM pedagogue, whose career could be more interesting?

We felt that it was important to profile several non-American pedagogues as well, each of whom is a pioneer of CCM pedagogy in their respective country. Mark Meylan is widely regarded as the most prominent music theatre pedagogue in London, actively working with many performers in the West End and CCM industry. Irene Bartlett, a jazz singer by trade who went on to forge an academic career at the Queensland Conservatorium at Griffith University, has done much to legitimize CCM pedagogy throughout Australia. Cathrine Sadolin, based in Copenhagen, is founder of Complete Vocal Institute, the largest singing institute for professional and semiprofessional singers and teachers in Europe. Finally, Daniel Zangger Borch represents Sweden. A professional rock singer and PhD student of Johan Sundberg, Zangger Borch is an important voice in CCM pedagogy, synthesizing science and practice in an insightful, unique, and engaging way.

Did any overarching themes emerge?

One interesting theme that emerged was how CCM pedagogy has changed over the past several decades, particularly in its relationship to music theatre pedagogy. A distinction has now emerged that wasn’t there in 2003, just 15 years ago. In 2018, where does music theatre stop and CCM begin, especially with so many CCM styles on Broadway? It’s messy.

And if you look at the figures in the book, some are regarded more as music theatre teachers (Mary Saunders Barton, Mark Meylan) and some are more famous as CCM teachers (Katie Agresta, Daniel Zangger Borch). Where does one draw the line, and should a line even be drawn? To begin to untangle this, Matthew Edwards contributes a marvelous chapter entitled “CCM versus Music Theater: A Comparison,” which should be required reading for anyone interested in pursuing post-classical pedagogies.

Can you give an example of an element of CCM singing on which these teachers have somewhat reached a general consensus?

Most of these figures established their pedagogies during a time when nonclassical styles were not respected by the voice teaching community at large. Since most genres outside of classical are TA[thyroarytenoid] dominant or chest driven, a focus on teaching registration—and cultivating a technically sound belt and mix-belt—was an element that came up repeatedly.

It was clear that in the early decades of CCM pedagogy, belting was not considered to be a “legitimate” way to use the voice (oxymoron intended), so a lot of energy was spent trying to convince the voice teaching community that there was a healthy way to develop the female chest voice. Fortunately, things have obviously changed. The younger generation of CCM pedagogues—and there are a lot of them out there—reap the benefits of the hard-fought battles of the 70s, 80s, and 90s.

By contrast, in what area would you say there is still the most disagreement?

Without a doubt, terminology. This book included discussions of six trademarked methods: Somatic Voicework™, Estill Voice Training™, Complete Vocal Technique™, Speech Level Singing™, Voiceworks™, and the Vocal Power Method™. Of these, only Somatic Voicework is somewhat conservative in its use of terminology: head, chest, mix, etc. All of the others have proprietary lexicons.

Estill, for instance, has six qualities: speech, falsetto, sob, twang, opera, and belting. Complete Vocal Technique, or CVT, as its developer Catherine Sadolin likes to call it, has four modes: neutral, curbing, overdrive, and edge. Many of these terms won’t mean anything to the singer who hasn’t studied the method. While classical teachers don’t necessarily have a standardized terminology, there seems to be even less cohesion within the CCM community.

Many of the teachers interviewed have developed trademarked methodologies and terminology. Would you say that the lack of institutional support for so many years (from academia, from organizations like NATS, etc.) may have contributed to their need to “go it alone” and develop individual methodologies?

Yes, I think that is a huge part of it. We have to keep in mind how new this discipline is. Classical Bel Canto pedagogy goes back centuries. García and Lamperti would have never dreamed of trademarking their terminology; not only is this a preposterous notion (since there was no such thing back then), but terminology was shared freely and was part of a common lexicon that was passed from generation to generation.

The CCM pioneers of the 1970s and 1980s were figuring out how to approach nonclassical singing and they had nothing to go on. They were individually inventing pedagogies where none had existed before, and some of them naturally developed highly personal approaches.

Do you worry that presenting so many method-specific approaches may be confusing to readers?

No, I view the book more as a “one-stop shop.” Many of these pedagogues have not written books, and while there is no substitute for attending a summer workshop, it would be impractical—timewise and financially—for any one person to attend them all. So, the book gives the reader a taste of the wide variety of methods that are out there.

If someone’s curiosity is piqued or they find they are more attracted to one method over another, that might point them toward further study with a specific individual. Most importantly, we really wanted to preserve the wisdom of this pioneering generation, complete with all of its wonderful diversity.

What’s up next in the So You Want to Sing series?

Lots of exciting stuff, and we’re beginning to see the light at the end of the tunnel. We just contracted the 20th book, which we believe will be the last one. Our goal is to have the entire series complete in time for the 2020 NATS National Conference in Knoxville: “20 by 20,” if you will!

It’s definitely an exciting lineup, and [it’s] so gratifying for me to see this series through to its conclusion. I probably spend at least 10 hours a week—and far more in the summer—working on the So You Want to Sing series on top of my full-time career in academia, church job, and family, and I don’t regret a second of it. Working with these authors and exploring such diverse pedagogies has been one of the most satisfying endeavors of my career. I hope that these books are helpful resources for voice teachers and singers for many years to come.

Editor and author Matthew Hoch claims that So You Want to Sing CCM: A Guide for Performers is the first book of its kind to profile a variety of trademarked CCM methodologies under a single cover. As such, it is one part technical manual and one part biography of the 12 pedagogues he chose to interview for the book. Each one fought an uphill battle in gaining acceptance of “nonclassical” styles and techniques among established voice teaching organizations. This book is a testament to the pedagogues whose early work and ongoing efforts have made a lasting impact on voice teaching.

As Allen Henderson points out in the foreword, many of the teachers Hoch interviewed were pioneers in developing today’s functional pedagogies for CCM techniques and were among the first to regularly engage in research on the topic. This includes household names in the CCM world, both in the U.S. and abroad.

Matthew Edwards—himself a major figure in CCM pedagogy—contributes three chapters to the book. In “CCM versus Music Theater,” he cogently and thoroughly outlines the differences between classical, music theatre, and CCM styles. Then, in a chapter called “Why It’s Time to Add CCM to Your Studio,” Edwards presents statistics that confirm that American audiences are overwhelmingly interested in, and spending their money on, music in the CCM genres. He also explains the cultural reasons (with classist and racist undertones) that classical singing was traditionally preferred over CCM singing in educational settings.

While every book in the So You Want to Sing series has made an important contribution to the available literature in vocal instruction, So You Want to Sing CCM may be the series’ most significant volume to date. Hoch is to be credited for compiling a volume that shares and compares information from so many of CCM’s most seminal figures. —Brian Manternach