A good night’s sleep is one of the most important components of good health. Gone are the days when sleep was equated with inactivity, even indolence. We now recognize that a lot goes on during sleep. Our body gets rid of waste products, including scavenging waste proteins in the brain; our hormones are busy resetting; and, in general, the body undergoes rejuvenation. Lack of adequate sleep, whether in quantity or quality, is considered by some authorities to be a major contributor to chronic illness and even obesity. 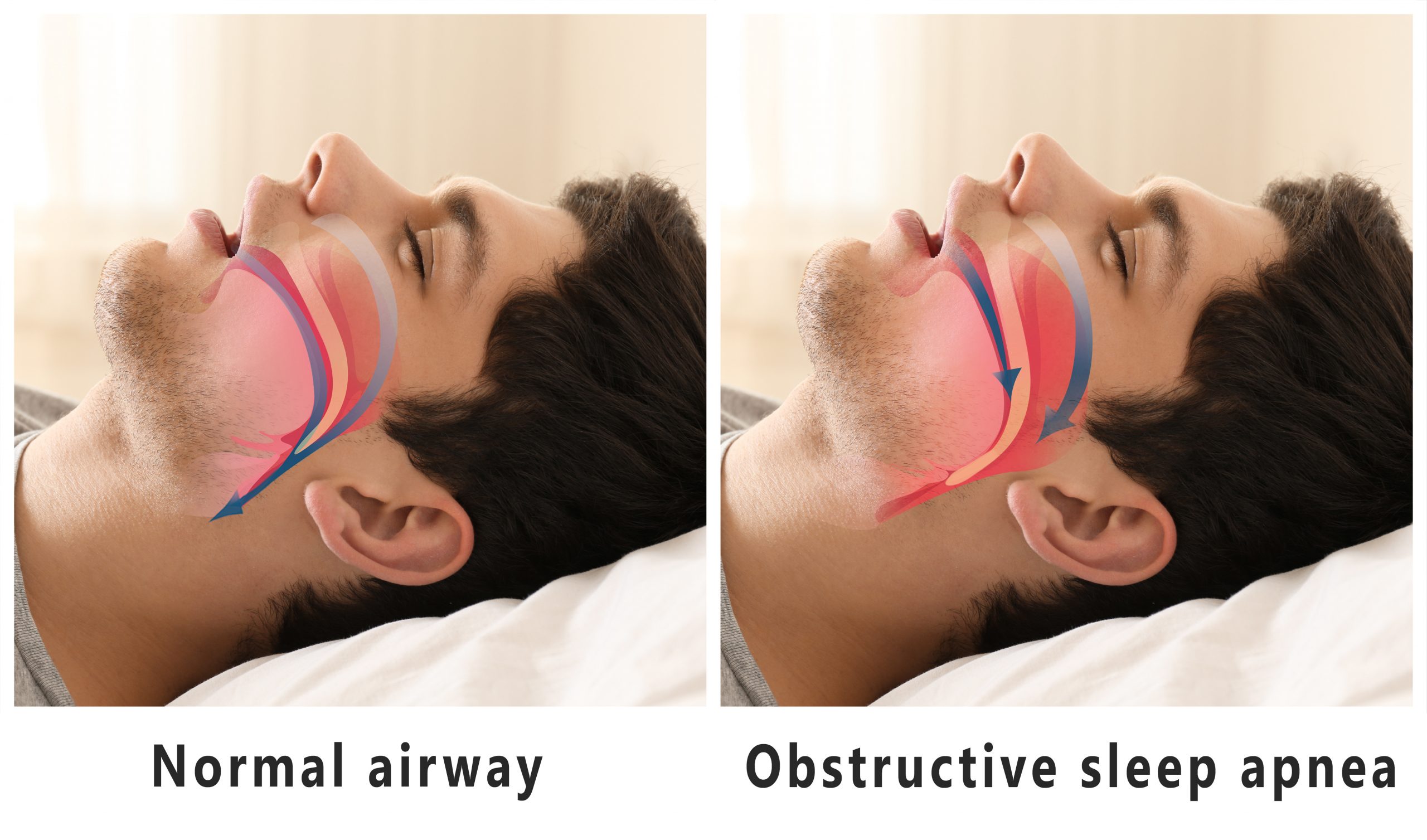 good night’s sleep is one of the most important components of good health. Gone are the days when sleep was equated with inactivity, even indolence. We now recognize that a lot goes on during sleep. Our body gets rid of waste products, including scavenging waste proteins in the brain; our hormones are busy resetting; and, in general, the body undergoes rejuvenation. Lack of adequate sleep, whether in quantity or quality, is considered by some authorities to be a major contributor to chronic illness and even obesity.

The frequency and amount of sleep needed varies with age and other factors, and 8 hours is only a rough guide. Some have even suggested that our day consists not of 24 hours but of two 12-hour cycles with a period of sleep ending each cycle. The afternoon siesta, therefore, is not just a cultural convention, but may have a physiological basis.

Sleep apnea, or inadequate breathing during sleep, is a silent epidemic that has been fully recognized only in the last few decades. Forty-five years ago, when I was in medical school, it was generally unknown except by anecdote. We knew about Pickwickian syndrome, named after the fat boy in Dickens’ The Pickwick Papers, who kept falling asleep during the day.

And, while daytime somnolence is one of the clinical features of sleep apnea-related sleep deprivation, we now know that there are many features—some not so obvious but nonetheless significant. Other symptoms include depression, inability to concentrate, irritability, mood swings, morning headaches—who hasn’t experienced at least some of these? Also add weight gain and for young children bedwetting, and the list goes on.

While sleep apnea rarely originates in the brain’s failure to trigger proper respirations (central apnea), the most common cause of sleep apnea is an obstruction of the upper airway during inspiration, causing obstructive sleep apnea (OSA). A partial obstruction can cause snoring, while intermittent complete obstruction will cause momentary cessation of breathing and gasping for air. The common feature of all such obstructive episodes is a reduction of oxygenation. Less air enters the lungs, impairing metabolic functions; less oxygen flows to the brain, causing nightmares; and, in general, the normal reparative function of healthy sleep is lost.

The causes for airway obstruction are many and some may be obvious, but others less so. Consider that as we breathe in (normally through our nose), the air flows through the nasal passages to the back of the throat, down through the pharynx, through the larynx and trachea, and then into the lungs. Obstruction can be caused by structures that are fixed or mobile. Nasal obstruction, due to a deviated septum or enlarged turbinates, may be a cause. In children, large adenoids filling the nasopharynx can also cause obstruction. These are both fixed obstacles intruding into the airway.

Enlarged tonsils, a large tongue, or a long and floppy soft palate, however, can also become obstructive, especially if you sleep on your back. Inspiration generates negative pressure on the walls of the airway, further collapsing these structures into the air passage. The upper part of the larynx, the structures above the vocal folds, can also collapse as you breathe in.

Even the walls of the pharynx itself, consisting of somewhat loosely attached mucous membrane, can be pulled into the airway during inspiration. As an experiment, you can take a large caliber straw made of a thin plastic material and suck in on it. Now, partly obstruct the tip with your finger. See how the straw collapses? The situation is similar in the airway of a sleeper with OSA.

There is one further point in this regard. Obesity, where the fat-storing cells of the body become enlarged, is a phenomenon that is not restricted to your waistline. There are fat cells in most parts of the body, including the tongue, soft palate, and pharyngeal wall.

As you gain excessive weight, all these structures thicken, enlarge, and become potentially more obstructive. The interesting thing, however, is that sleep apnea is not always associated with obesity or with an obvious structural impediment that we can recognize and correct. Clearly, there is still a lot about obstructive sleep apnea that we don’t understand.

One thing, however, is clear: to treat OSA, we need to open the airway! Below, I will briefly discuss some of the treatment options currently available.

Most obviously, if you are overweight, lose it! As we mentioned above, this reduction in mass doesn’t only affect your belt or dress size but occurs in most of the structures in the upper airway as well. As a silver lining, you may not need to lose all your excess weight! Even a few pounds lost can dramatically improve your airway and nocturnal oxygenation.

If you are not overweight, you should be evaluated by an ENT doctor to rule out specific sources of obstruction, such as a septal deviation, enlarged tonsils, or a long and pendulous soft palate. While these can be surgically corrected, I am usually conservative with palate surgery in singers. Of course, any of these procedures may have an impact on your voice, but they are usually positive, and you should speak with an ENT who appreciates and understands what is involved in singing. With the recognition of the prevalence and significance of OSA, many other procedures have been suggested, including partially removing the soft palate or reducing the size of the tongue, among others—some help initially, but lasting benefits are less common.

The main medical treatment for OSA is continuous positive airway pressure or CPAP. This device uses either a face mask or nasal prongs to blow air into the airway at night. It is triggered by inspiration: as you breathe in, air is blown through the airway past all those obstructive and floppy structures to your lungs. The device normally exerts positive pressure only when you breathe in (CPAP) but, if necessary, can also maintain less positive air pressure even when you are not actively inhaling (BiPAP). When CPAP therapy is initiated, most patients experience an immediate positive result with restful sleep, decreased daytime somnolence, and a general improvement in their health.

While CPAP is the gold standard of treatment for OSA and we urge our patients to persist with it, some find the device cumbersome and difficult to tolerate. Not infrequently, the mask winds up on the bedroom floor and some patients simply stop using the device to the continued detriment of their health.

The device can be turned off during the day and is programmed to turn on only after the user falls asleep, so there is no awareness of the gentle twitching of the muscle with breathing. One of our readers asked me whether this has any deleterious effect on singers. While it would seem that it does not, there have not been any specific studies on this—and my instinct suggests that it may, over time, lead to higher resting tone or tension in the tongue.

With that being said, let’s put things into proper perspective: obstructive sleep apnea is a chronic and insidious condition that can cause many significant health problems—and its treatment, when indicated, should be a high priority of anyone, whether they sing
or not.