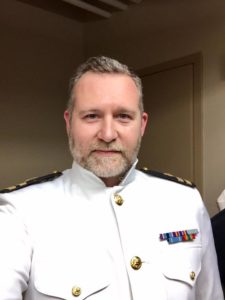 Speaking as a classical vocalist in today’s competitive and ever-evolving industry, finding steady work that feeds your artistic soul and pays the bills is not always one and the same. Nor is it a task that comes easily.

According to the Washington Post, a decline in revenue for classical music organizations like opera companies and symphony orchestras throughout the United States can be traced back as early as the 1970s, with a steep drop occurring during 2008’s recession. It has resulted in fewer opportunities, yet a market bursting with aspiring singers.

Armed with dual studies in music and journalism and realizing the tide was turning in classical music, when I started my professional career in 2003, I simultaneously took a full-time position as an editor and writer for a free weekly entertainment publication. It was a gig I held for three years before a brief stint as a project editor at a book publishing house and a bounce back to the daily grind of reporting after I realized how much I missed being in the environment of a newsroom.

Yet, somehow, my opportunities to continue making music professionally were never lacking.

I assumed that, eventually, one career would organically give way to the other. Sixteen years later, that hasn’t been the case. Not only have I continued weaving together a steady career, but my journalism roots have grown deeper, having taken on a role as a features editor several years ago where one of the many “beats” my staff and I have the opportunity to cover is the arts.

With one leg in two vastly different careers, I am always fascinated to learn about other singers following two lines of work, how they juggle rehearsal and performance schedules, manage auditions and, most of all, how they maintain a high quality in their instruments and artistry.

Having a separate career alongside singing is something that vocalists like Dustin Peterson believe as being something worth considering for those entertaining today’s market.

From the Stage to the Court Room

It’s a swift change of pace for the 39-year-old tenor. But finding a fallback of interest is something he highly recommends that up-and-coming singers keep an open mind about.

“I was very lucky that my parents were very supportive,” Peterson says. “They were farmers. My dad worked in a factory. He always told me that I had the rest of my life to work a 9 to 5, so if I could make a living with my voice, I should go and do it. It was never really put in my head to have a backup plan, but it’s something I can’t emphasize to singers enough to think about.”

The tipping point for Peterson was the many years both he and his wife, a coloratura soprano, spent pounding the pavement, living, and constantly auditioning in the pricey zip code of New York City.

“It became increasingly clear to me there was a lot of denial surrounding the state of the industry,” he says. “There are two conversations to be had. On the art side, opera is very much alive. On the business side, it has been in decline for the past 10 years.”

Peterson believes that opera’s Achilles’ heel is that many arts organizations are dependent on donations and grants for operational expenses. Those revenue streams are drying up with only a percentage of income resulting from ticket sales. It’s affecting what companies can program and ultimately pay.

“When I set out to get my master’s degree, the recession of 2008 hit,” he says. “Naturally, as a young singer, you gravitate to the Young Artist Programs and smaller companies. What happened, though, was that singers in the bigger jobs were getting forced down due to budgets, which squeezed out many trying to get their starts. I found that the art side of opera fed my soul, but the business side wasn’t doing anything for my finances. I decided to explore the possibilities.”

Although Peterson and his wife relocated to Denver and took up teaching, that realization was further met with the loss of his sister to cancer.

“In that moment, I wasn’t able to help my family financially during a time when they needed it the most,” Peterson says. “That changed my outlook. For me, I knew I needed another direction. As I got older, law was something that became increasingly interesting to me. And what it really came down to was doing something that I thought could help people and provide for my family in a way that opera hadn’t been able to do.”

Though committed to his law studies, Peterson continues to perform as he is able.

“If my schedule allows and it’s something that’s feasible, I do it,” Peterson says.

When it comes to honing his craft and keeping his vocal chops in shape, Peterson says he’s at a place in his singing where a little fine-tuning is what’s necessary.

“There comes a time with age and experience where the technique is like second nature,” Peterson says. “I no longer have to spend two hours a day in the practice room the way we all did during undergrad. It’s more about tuning things here and there, keeping the voice on the breath and keeping the breath low. That hasn’t gone away. Of course, when it comes to score study, time is always needed to get the role in the voice.”

Although his perspective on the business of singing has changed, Peterson still loves the process and the art. He recommends that singers coming into opera today treat themselves like a business, learn to do their taxes, and to set their sights on creating meaningful work rather than padding their pocketbooks. The latter, he says, can be difficult to do.

“It’s always great and refreshing connecting with a cast and with a character,” he says. “Opera is beautiful. It’s thrilling and alive and moving and touches people.”

From Music to Marketing

For 34-year-old Rose Sawvel, a career in marketing was just as much of a coincidence as her career in music, yet she has craftily managed to balance both for the past several years.

The Colorado-based soprano is the content marketing lead for Aspen Mesh, a technological company based in Boulder. Prior to that, she held positions as a marketing communications manager for Altvia Solutions in Broomfield, as a digital marketing and public relations specialist for the Creative Alliance in Lafayette, and as a freelance marketing and writing consultant.

Creativity has played a major role in each position.

“I’m writing and designing content, as well as developing brand awareness, creating videos, working with customers,” Sawvel says. “What I enjoy the most about it is that it still gives me the opportunity to be really creative and have fun.”

Upon graduation with a bachelor of arts in psychology with a minor in music and, later, a master’s in vocal performance, Sawvel set out to pursue opera full time—even becoming a regional finalist in the 2012–13 Metropolitan Opera National Council Auditions for the Eastern Region. Like Peterson, however, Sawvel made her entrance into an opera world impacted by the 2008 recession. Although she was finding work, it was the time between contracts that proved tough to bridge.

Then, one of Sawvel’s contracts fell through. At the same time, an opportunity to work in marketing presented itself.

And, so, Sawvel set out to embark on a marketing career, simultaneously continuing in music by focusing her energy on establishing a solid regional career. Her job enables her to work remotely as singing opportunities present themselves. And through the magic of paid time off, which she occasionally uses, she can realize a steady stream of income.

“I feel like I’m in a good place and have a nice balance between the number of gigs I’m able to take and my other work,” she says. “I’ve been lucky that my employer has been able to find ways to work with my opera performances.”

While Sawvel admitted that setting aside practice and preparation time as well as having the energy to manage two careers and continue growing in her artistry can be challenging, it’s something she’s up for to reap the benefits of things like health insurance, a retirement plan, steady income, and the ability to pursue not one but two career paths she’s passionate about.

“I think this is something we’ll see more and more in opera,” Sawvel says regarding the future of singers. “I came into opera probably during one of the worst times with the 2008 crash. Since then, there continues to be more singers and fewer opportunities. Managing two careers is challenging, but if you find something that interests you and enables you to make a living while continuing to pursue your art, it is possible. And I love a good challenge.”