elebrated for her “richly hued voice and nicely timed comedic ability,” mezzo-soprano Brooke Larimer epitomizes the life of a multifaceted operatic life in the twenty-first century. Her ease in multiple genres has opened doors for her in the standard repertoire of opera, beloved concert masterworks, musical theater and contemporary premieres. Brooke’s love of the opera world extends beyond the footlights and encompasses her work as a producer, an arts advocate, and a thought leader in the industry. Brook currently serves as cohost and Business & Operations Manager of the Indie Opera Podcast, which will celebrate its tenth anniversary in March. She recently took a moment to share her thoughts about opera’s past, present, and future in her life and in the world. 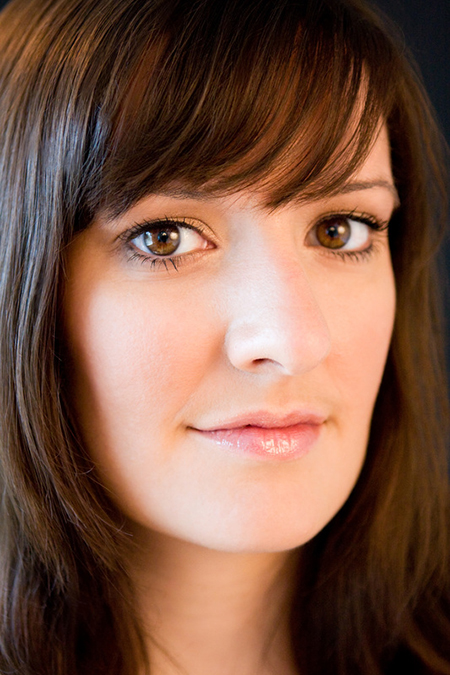 CS: When was the moment you fell in love with opera? (and/or) what do you think makes opera different from other art forms?

Brooke Larimer: My relationship with opera has been extremely complicated. By the age of three I had memorized the entire soundtrack to the musical Annie. I can still recite every lyric to the original movie version of West Side Story. My house was full of music of myriad genres, but very little of it was opera. I remember hearing someone singing something operatic on Prairie Home Companion and complaining to my dad that I couldn’t hear the pitch through the vibrato. Ha.

Even when I went to undergrad for a degree in Voice Performance, I had no particular affinity for or interest in opera. I had no idea what I wanted to do with my life. I chose a music performance degree because I didn’t know what else to do. I learned Mozart’s soubrette arias, as most undergraduate women do, but had no real curiosity for the larger artform.

In truth, I was unconvinced by music in general. I liked it. I was pretty good at it. It filled many important moments of my life and most of my friendships were built around collaborative music-making, but I didn’t BELIEVE in it. Then I took “Music of the 19th and 20th Centuries” with Dale Cockrell at Blair School of Music at Vanderbilt, which was required for my major. Dr. Cockrell was an exacting and challenging professor and pushed us to think very hard about the role of music in society. It was in that class that I was exposed to Charles Ives’s Concord Sonata and it broke my brain open. I grew up in a very small town in New England and I felt like someone had somehow captured the essence of my entire life in a piano piece. Later in the semester, I wrote a paper on John Adams’s The Death of Klinghoffer, and I was hooked.

CS: On which side of the opera curtain do you prefer working, and why?

BL: I cannot imagine one without the other. Very early on in my career, when I was barely 6 months out of grad school, I looked around and realized that the opportunities for young singers in my city (Boston, at the time) were extremely limited, yet the city housed three important music schools and dozens of singers who were clamoring for experience and opportunities to get on stage. I knew that if I didn’t figure out how to keep singing during that really perilous transition from grad school into the professional world, it was likely that I wouldn’t keep singing. And so I gathered some grad school colleagues together to start Boston Opera Collaborative. I cut my teeth as a singer with that company. I learned that I loved both producing and singing equally, and that I had no interest in being “just a singer”. My brain wants to do more. My body wants to do more. I have way too many opinions to keep my mouth shut in a rehearsal room and “stay in my lane.”

CS: How did you become involved with Indie Opera? Can you tell us a bit about the organization?

BL: I became involved with Indie Opera when Peter Szep and Noah Lethbridge invited me to be a co-host back in late 2011. (I can’t believe it’s been this long). While it was absolutely not my idea, I was totally thrilled that they thought my lowly commentary was worthy of including and broadcasting. Since that first season, the podcast has evolved considerably from being purely an observer to being an advocate and leader in the opera industry. We have become increasingly more organized and professional (I will take credit for the organization part – lol) having recently incorporated as a 501(c)3 non-profit. I have been humbled to learn who is listening to what we have to say. And I’ve been so incredibly grateful to have met the fascinating, smart, and funny guests over the years. 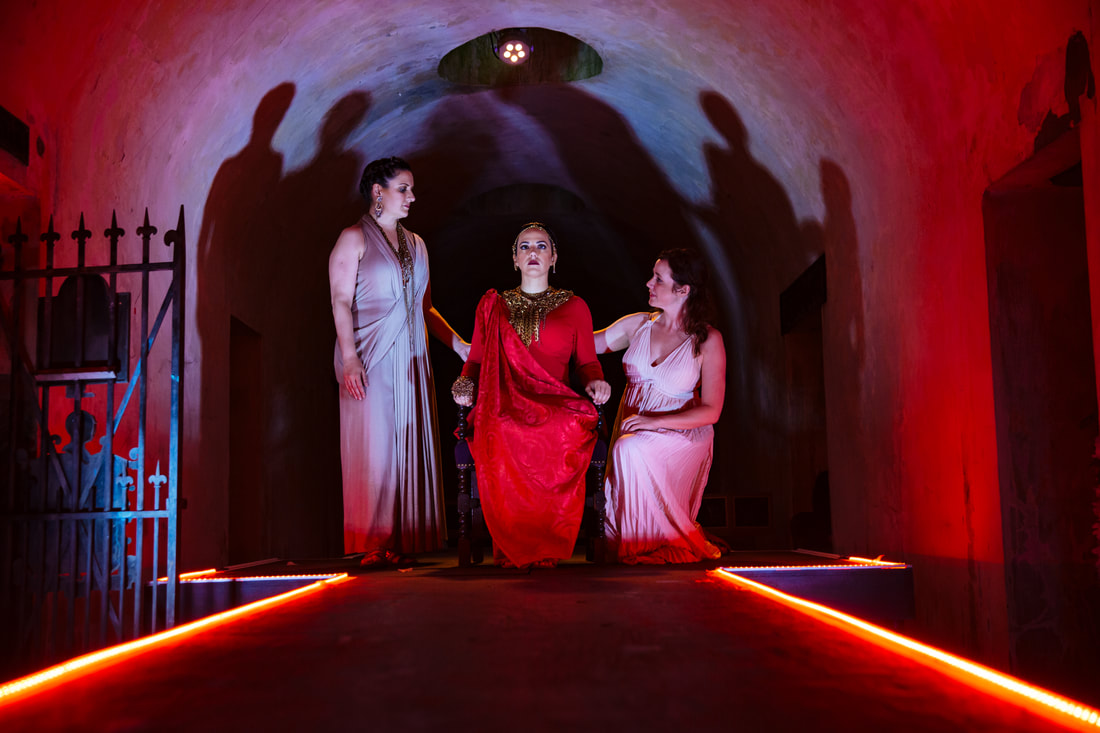 As Anna (Second Woman in Dido and Aeneas, 2019. Photo by Kevin Condon

CS: What do you think Opera will look like in a Post-Covid world?

BL: I wish I had a good answer to this question. I don’t really know what it will look like, but what I HOPE will happen is that artists will feel liberated to make their own art in their own ways, and the larger institutions will find ways to be much more equitable and inclusive both in the art they produce and curate and in the audiences they welcome. I imagine that people, having been functionally trapped in their homes for more than a year, will be starved for live, in-person events where they can have shared experiences with others, and I truly hope that opera artists and our industry can make space for both long-time opera fans, the opera-curious, and folks who are just starved for company and some kind of artistic experience.

CS: What is your most meaningful memory as an artist or as an arts advocate, and why?

BL: I don’t know if I can pick just one; there have been so many. But I’ll refer back to one experience that is meaningful because it involves Peter and Noah.

In 2008, I was in a production of Ned Rorem’s Our Town. Peter conducted. Noah played George. I played Mrs. Soames. This is, in fact, where we met, so it was incredibly formative, though we didn’t know it at the time. Anyone who has seen or read Our Town is familiar with the scene where Emily tries to go back to relive a day with her family after she has died. The opera has a truly stunning chorus, followed by Emily’s aria. Everyone on stage found themselves weeping for the beauty of the music and the poignance of the text. I could see tears streaming down everyone’s faces and it felt like we – cast, crew, audience – were all suspended in time. I will never forget it.

You can learn more about Brooke at brookelarimer.com, and you can hear her every month on Indie Opera’s show wherever you listen to podcasts. Article by CS Music Staff.