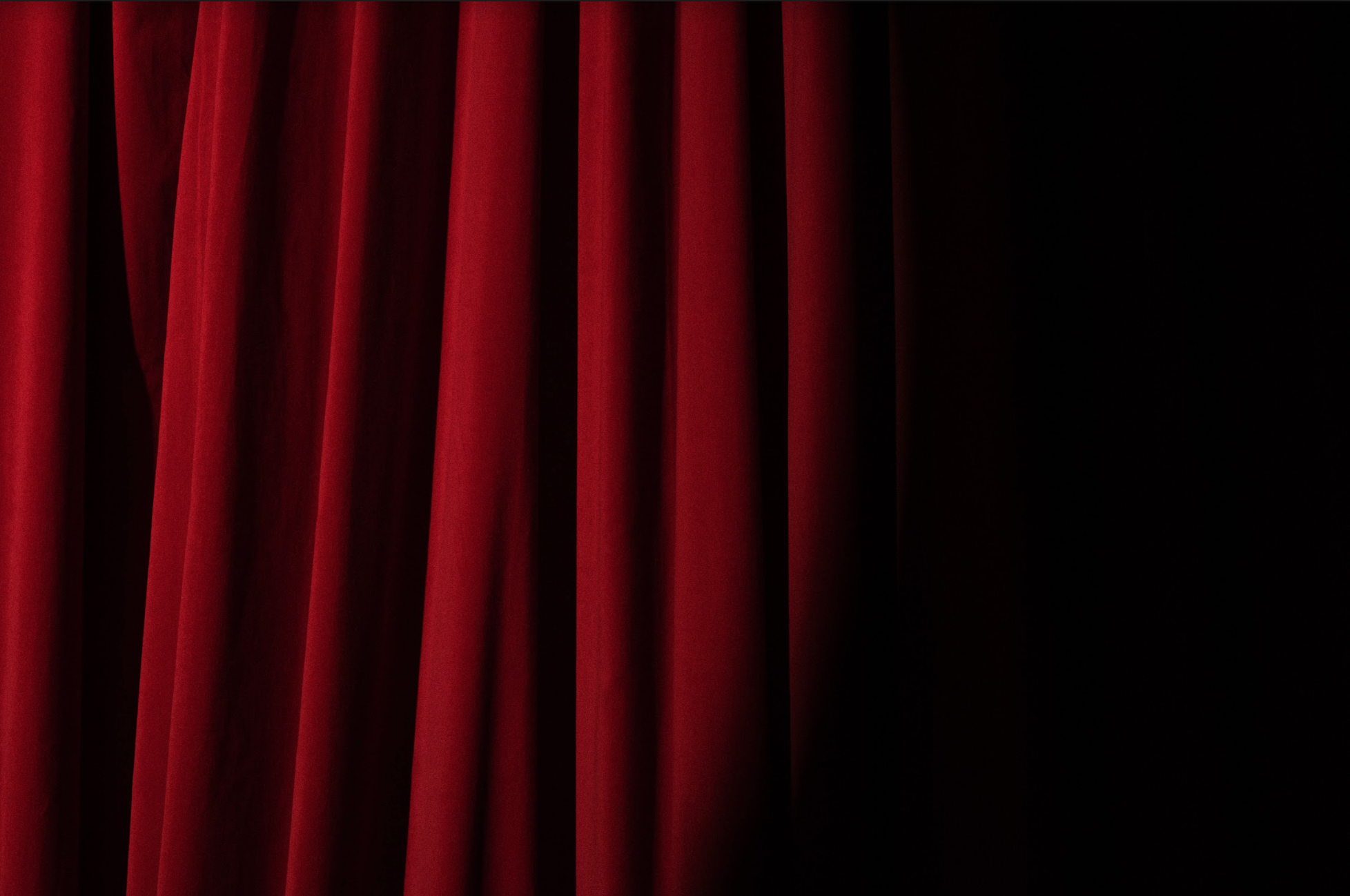 Singing is not known to be a “forever” career. Moving from a performing or teaching career to an entirely different field does not negate the successes one gains in music, but the skills we learn on the operatic stage transition well into alternate career paths.

While many singers have found success in sustaining full-time careers on stage, there are many still who have embraced opportunities to step into “side shows” or “second acts,” a calling that has led them down a different path—most often outside of making music—that has led them to yet another passion and often a fruitful career opportunity.

With a continuously evolving landscape in opera, more singers launching professional careers today might be more likely to step into second careers than singers from previous generations, according to those doing it today. Classical Singer caught up with two who shared the surprising and fulfilling twist their musical careers took in the second act.

From Opera to Father Christmas

George McTyre launched his professional career in opera in the 1980s and enjoyed abundant opportunities to perform throughout different regions of the United States. While he steps back into those roles on occasion, it was the encouragement to say “yes” to other opportunities that yielded the merriest of career transitions. Since 2013, McTyre, 61, has brought smiles to countless good little girls and boys, portraying none other than Father Christmas himself, Santa Claus.

“I have the strangest resume of anyone in vocal music,” McTyre says, letting out a laugh fit for the North Pole’s jolliest resident. Originally from Texas, McTyre received his bachelor’s degree in vocal performance from Southern Methodist University in Dallas and his master’s degree from Baylor University in Waco. From there, he completed his dissertation in vocal literature at the University of Iowa, where his wife—also a singer—served as the head of the school’s music library. During this time, McTyre also taught at nearby colleges throughout central and northeast Iowa, including Drake University in Des Moines, Kirkwood Community College in Cedar Rapids, and Central College in Pella.

After his wife was tapped to become the head librarian for the music library at Yale University, the couple relocated to New Haven, CT, in 2013. However, teaching positions were in short supply for McTyre.

“I was 52 years old, so I didn’t know what I was going to do,” he says. “I decided to treat this time like a sabbatical.” McTyre came across a local organization known as the Actors Gym, which serves as a training ground in acting, improvisation, comedy, and film and television classes. The new learning opportunity struck a chord and led him to a piece of advice he has continued to employ. 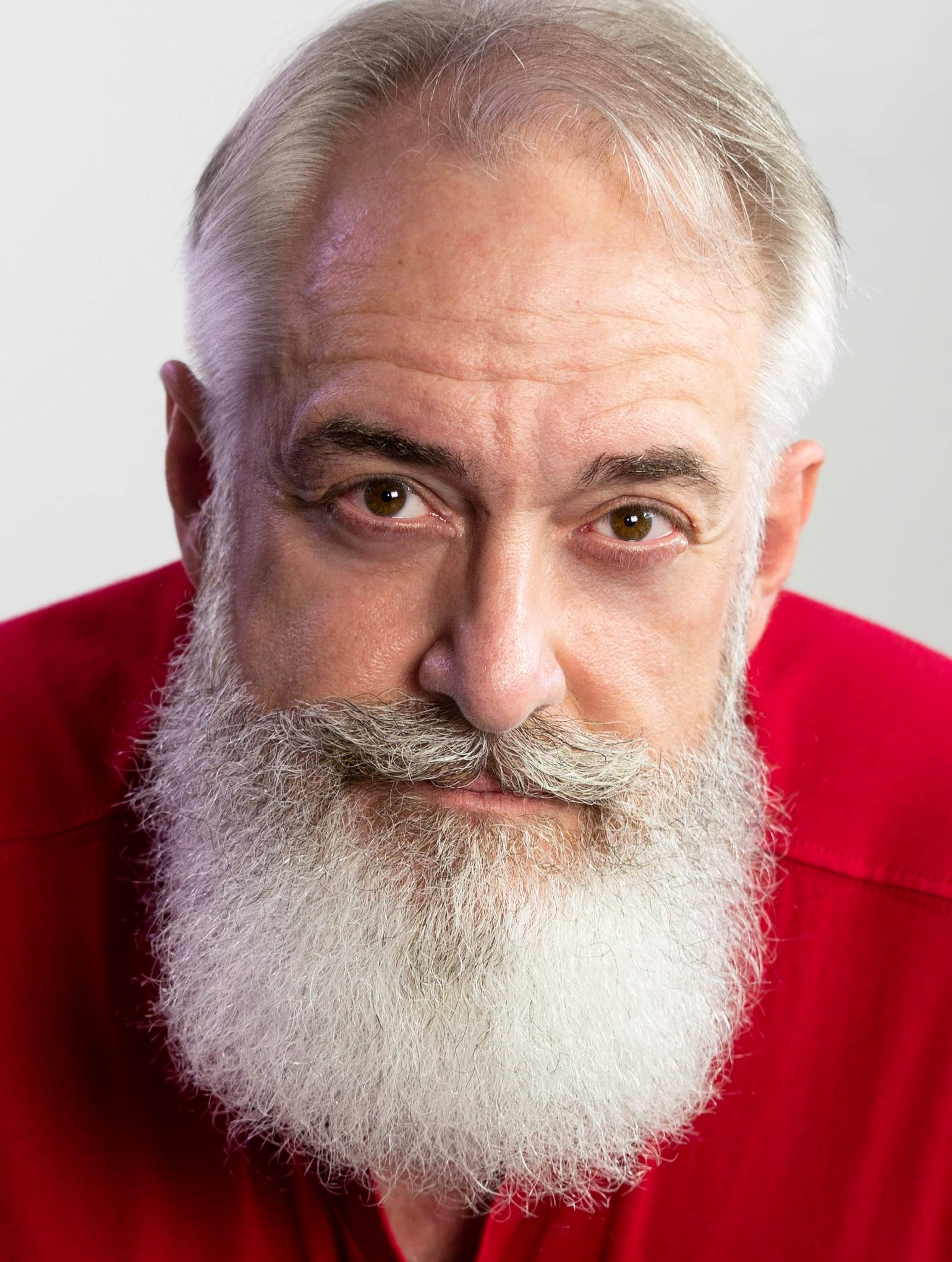 “The first fall I was there, I took a workshop from a casting director from L.A.,” he says. “They talked about the power of saying ‘yes.’ When someone asks you to do something or a different job opportunity comes along, say ‘yes.’ That advice has changed my life for years.” McTyre began pursuing work as an actor. But his appearance soon gave way to a natural calling.

The first time his portrayal of Santa Claus garnered attention, it was for a holiday candle lighting event put on by his local chamber of commerce. After his picture appeared the local newspaper, he was contacted by a member of a chapter of New England Santa Clauses. “These men became mentors for me,” McTyre says. “They gave me confidence, saying I was very good, but they also gave me things I could work on or fix. There is nothing like getting feedback as Santa Claus by others who also portray Santa Claus.”

He also has appeared as Santa as part of symphony concerts, television commercials, and a slew of Lifetime and Hallmark holiday movies, which can be found filming regularly in New England. “Acting is so much easier than singing,” McTyre claims. “You still have memory work and character study. But you don’t have to warm up or have a backstory. And you don’t need to shell out a lot of money each year to audition or to buy a new dress or tux. You just need a few Santa suits.

“It’s so much fun. I lean on the skills I learned in improv a lot because you never know what kids are going to ask you. And with companies always shooting a Lifetime or Hallmark Christmas movie here, you might be in the background—but as Santa, you’re always going to be in the shot and stand out from 100 extras.”

While McTyre continues to say “yes” to the occasional opportunity to step back into opera, as well as musical theater, he also acknowledges that the performance world has shifted dramatically since the start of his professional career. And it continues to do so. 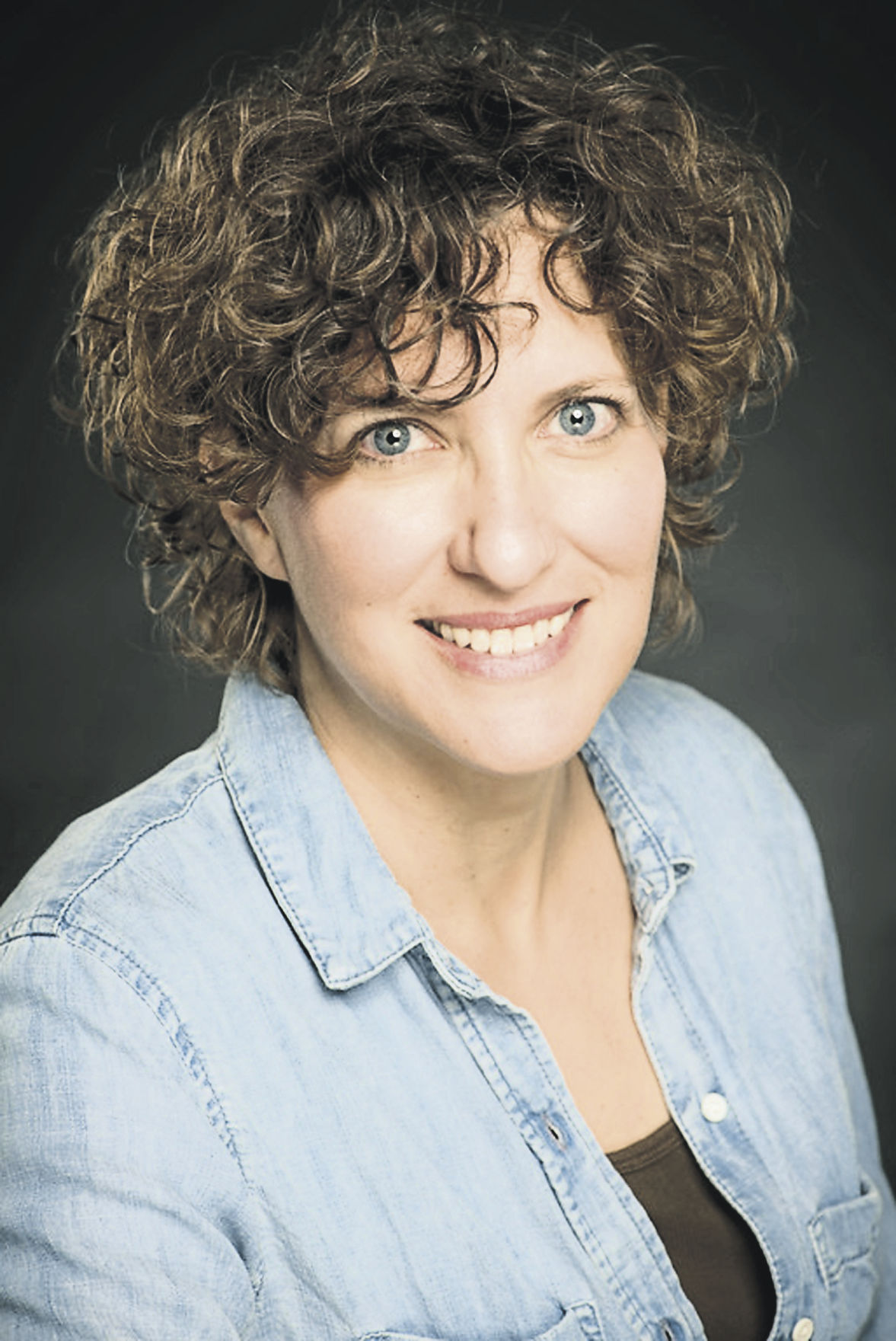 “When you’re in your 20s and 30s, it’s a great time to get into opera because it’s fun and you have the energy,” he says. “When you get into your 40s, 50s, and 60s, you might start asking yourself, ‘Do I really want to do another production of The Marriage of Figaro or The Barber of Seville or Gilbert and Sullivan? It has been awesome and a wild ride, but this was a good transition for me. It has been the best surprise. I’m very lucky.”

From the Pandemic to Paws

With similar ties between Texas and Iowa, Noelle Chesney has seemingly crafted a career out of stepping in to second acts. After earning her degree in vocal performance, honing her studies at The Ohio State University, and—like McTyre, Baylor University—the 53-year-old mezzo-soprano worked steadily as a performing artist in opera and musical theater. She also served on the faculties of Whitman College, East Tennessee State University, Texas Wesleyan University, Lycoming College, and Collin College.

In 2015, she pivoted from performing and teaching to a leadership role as an arts administrator, establishing herself as the founding artistic director of Brick Road Theatre in Plano, Texas. “My second acts definitely weren’t things that were planned but came more out of necessity,” Chesney says. “When I started the theater company, it came at a time when my children were ages that didn’t make sense for me to go out to perform all the time. So I created something a little closer to home. What helped me a lot during that transition was the fact that I had been on stage, so I was able to see things from the performers’ eyes and experiences. It gave me an empathy in a way in wanting to take care of them and make sure they had what they needed.”

She also would lean on her experience as a performer when stepping into her next role. When her husband, Thom, accepted a position as the president of a private, four-year university in Iowa in 2019, Chesney had aspirations to relocate the theater company as well. That’s when the COVID-19 pandemic took hold.

“Theaters were not operating anymore,” she recalls. “It wasn’t a really good time to start a new one, so I had to put that idea on hold.” That hiatus led to yet another second act for Chesney and the pursuit of a passion that had been percolating for some time. She and her daughter had been longtime volunteers at animal shelters in their native Texas. The two carried that effort with them to Iowa, where Chesney’s daughter landed a part-time job at the Dubuque Regional Humane Society in 2020.

Then, in November 2021, Chesney was named executive director of the organization. “I wasn’t expecting it to lead to this position,” she admits. “When my first passion wasn’t available anymore, mainly because of the pandemic, it seemed like a natural transition to spend my time doing something that I love and enjoy. I have always loved animals. It seemed like a good fit.”

The Dubuque Regional Humane Society is an open-admission, no-kill animal shelter that aims to connect animals and humans through adoption, education, and community outreach, according to the organization’s website. The nonprofit annually provides care to approximately 3,000 animals that are lost, abandoned, surrendered by owners, or rescued from neglect. 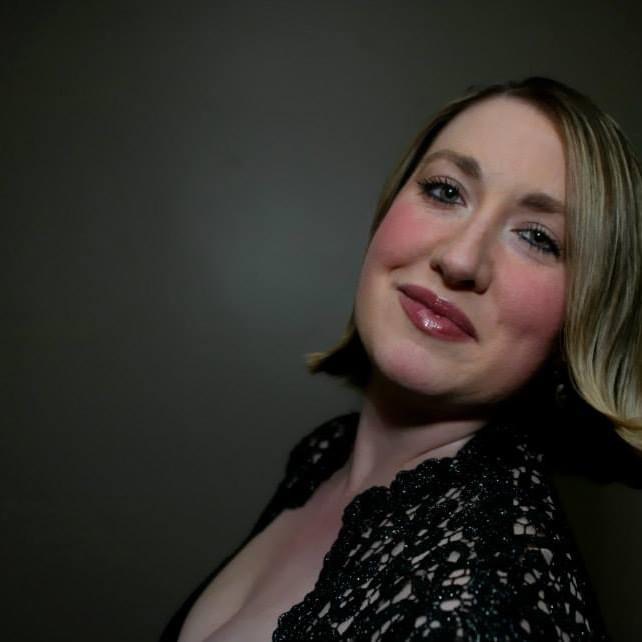 “This organization has a powerful mission of trying to help animals that would not necessarily have a second chance at a home,” Chesney explains. While she has continued to carve out a niche in theater and music in her newfound Heartland home—along with her husband, two children, four dogs, one cat, one hamster, and a leopard gecko—Chesney also has been able to draw parallels between that world and the one in which she now finds herself immersed.

“The crossover between the two worlds has been interesting,” she says. “It’s all about puzzle pieces. As a performer and producer, I was pulling people together toward a common goal. I’ve discovered that in my new role it’s a very similar situation, and I’ve been able to use my production skills. It’s still about being able to pull people together to accomplish what we need to accomplish.”

Chesney admits while the position fuels a different passion for her, it has come with its challenges. “The animal care world is rough, and compassion fatigue is very real. Of course, there is the positive side of adoptions, but the side that no one sees is often very emotionally taxing. It’s a balance of the bad feelings and good feelings on a daily basis.”

For Singers Entering Their Second Acts

In addition to saying “yes,” McTyre has broken down his recipe to finding success in a second-act career into four key ingredients. “It’s saying ‘yes,’ it’s networking, it’s creating your own work and not waiting for people to see or hear you, and it’s being flexible,” he says. “You never know what kinds of opportunities will come your way if you stay open to them.”

He also believes today’s singers are more likely to find themselves facing such career shifts. “There aren’t the same kind of opportunities available to singers today, and there is a lot more competition,” McTyre notes. “I think singers today have to be more versatile and have to have more of a package to present. They also need to be a lot more technologically savvy. In some ways, that’s made things easier—but in others, it has made it a lot harder.”

Chesney echoes this, emphasizing that keeping oneself open to learning and embracing new skill sets and experiences to broaden their horizons is paramount. However, she says, it also can lead to a truer and, in some cases, an even more fulfilling career calling in life.

She also adds that just as in establishing a successful singing career, it’s important to find mentors to help guide you in other fields, too. “I think it’s always important to keep learning,” Chesney advises. “There are things in this job that I don’t feel I am confident in, but I also have mentors that are willing to give me information and provide that continued learning as I go.”

Chesney also says that keeping yourself open to new possibilities doesn’t mean you have to give up performing or lose touch with those well developed skills. “I think it’s absolutely more common because I see so many of my performer friends who are doing a similar thing and exploring opportunities in other areas,” she says. “One thing that really helped me was letting go of the idea that my career could be only one thing—that I wasn’t a performer or singer anymore or that I was giving that up after spending so much time developing those areas. If anything, keeping myself open helped me expand my possibilities and strengthen those skills. I’m not losing them. I’m just using them in a different way. Stay open to the possibilities.”