Young singers face a multitude of decisions as they embark on an educational career at a university or conservatory. Matters of class decisions, finding a compatible roommate, and teacher selection are only a few of the critical decisions required of them. After a student figures out how to navigate the minutia of getting around campus and knowing just how many pages are in their library “print allotment,” the prospect of being cast in an opera role seems like the easiest decision to make—if you’re offered a role in your school’s opera theater season, you should smile, be grateful, and say, “Yes.” Right?

Not necessarily. Sometimes we’re put in a situation that feels both luxurious and troubling—we’re offered a role and we feel excited and grateful, yet concerned. This complex and complicated assortment of emotions is absolutely operatic. It requires thoughtfulness, imagination (contemplating how our lives will be affected), and frequently difficult decision-making.

To gain further perspective, I reached out to mezzo-soprano and teacher Catherine Cook and opera coach and administrator Kevin Murphy. Both offered valuable advice on how to decide if a role is right for you.

Cooking Up a Role
I caught up with Catherine Cook by phone on a hot July day as she drove to rehearsal for Sweeney Todd at Mill City Summer Opera to prepare for her summer performances as Mrs. Lovett. “I did the role in college and have been wanting to do it again for 20 years—it’s been on my bucket list,” Cook says of the baker of “the worst pies in London.”

Over the course of a career with an enviable balance of performing and teaching at the highest levels, Cook is the recipient of the Frederica von Stade Distinguished Chair in Voice at the San Francisco Conservatory of Music—an institution that’s just down the block from the San Francisco Opera where Cook has sung over 300 performances in an expansive repertoire, which will grow to include the Countess in Giordano’s Andrea Chénier this fall as she celebrates her 25th season with the company.

On this summer day, our conversation centers on our students and the tremendous responsibility teachers face as they guide and nurture them through a variety of situations, including the whens and whys of accepting a role offered at the collegiate level.

“It’s different in college, because at the university level you’re there to learn—but stage time is stage time,” Cook says. “It is really valuable. You might think, ‘I’ll never sing this role,’ but if you have the opportunity to get onstage, you’ll learn something.”

Cook is quick to point out, however, that this learning experience shouldn’t be at the expense of a singer’s vocal health or get in the way of their development. “College time is precious—don’t waste lesson time wrapping your voice around a role that’s not for you.

“But if it’s a role that’s just a little bit outside of your Fach, it’s OK,” she continues. “And for roles like that, or roles that are in your Fach but you’re not cast, ask if you can understudy! I always tell my students, ‘Ask if you can understudy—you may not get to put the role on your résumé, but you’ll get some coachings and you’ll have a learning experience.’”

Cook is an empowering and inspiring educator, and her advice is colored by the words of her mentors—celebrated teacher Barbara Hahn and her career-long manager, John Anderson, president of Barrett Artists. Their counsel has shaped Cook’s decision-making over the years and has direct impact on how she advises her students as they decide whether to say yes to a role.

“‘No’ is a complete sentence,” Cook advises, quoting John Anderson. “I tell that to my students at the conservatory and in workshops. It’s empowering and it’s OK. If you’re meant to have that dream role, it will come. We all have something that we do really well—and you might not know it yet when you’re in college.

“As a student,” she continues, “you have to do the work—but even now as a teacher, I still call Barbara Hahn about role decisions, and she asks, ‘Do you want to do that? You can sing it, but do you want to do that?’” It’s questions like these that many students feel they’re not allowed to ask while in school. And because stage time is so valuable, these types of questions tend to be swept under the rug in order to add a role to a résumé.

Additional questions include matters of musical practicality. As you’re weighing your options, Cook furthers that “with young voices, it’s so important and it really matters if the production is with full orchestra.”

Matters of financial practicality also worked their way into our conversation. “Sometimes a student is cast in five different things, and then it becomes a matter of ‘getting your dollar’s worth,’” she says. “A student might feel like they have to say yes to all five things, but it’s OK to let a couple of things go. Otherwise—with so much to do—our work in the studio is going to suffer. You want to leave school with the technical tools that will lead you into your career. When you leave, you should have a clear idea of what you need to do onstage—musically, technically, and as an actor.”

Murphy’s Law
Cook’s encouragement to candidly assess a situation and to ask oneself important questions was right in step with the advice of Kevin Murphy, director of coaching and music administration at the Indiana University Jacobs School of Music Opera & Ballet Theater.

“For young singers, it’s important—right from the beginning—to feel like they’re in charge of their own voices and their boundaries,” Murphy says. “Saying yes to a role is easier than saying no. Say no if it doesn’t feel right or sit well from the beginning—always be looking out for your own throat.”

His advice is based on an illustrious and ongoing career, working with the great singers of today and training those of tomorrow. Murphy, who maintains an on- and off-stage partnership with his wife and celebrated Metropolitan Opera soprano Heidi Grant Murphy (also on faculty at the Indiana University Jacobs School of Music), previously served as director of music administration and casting advisor at the New York City Opera and was the first pianist and vocal coach invited by Maestro James Levine into the Lindemann Young Artist Program at the Metropolitan Opera.

“At many schools, students sometimes feel the pressure to say yes to a role because they don’t want to offend somebody who’s an authority figure in their education,” Murphy says.

He also says that students need to be honest and to discuss their concerns about a role with a member of a school’s casting committee. “A student shouldn’t be afraid of offending somebody,” he says, “and it’s important for a singer to have a team that knows his or her voice—a team that they can discuss these issues with.”

Like Cook, Murphy also emphasizes the importance of making a decision about a role based on the circumstances and various contexts related to the performance forces involved—such as singing a role with piano accompaniment versus a full orchestra, and how much of the role a singer is actually tasked with singing. “It’s very different if you’re singing a portion of a role in a workshop, the entire role, or just an aria,” he advises. “I think that people are a little too conservative about what singers can and can’t do.”

When it comes to the usual repertoire suspects, Murphy mentions a frequent reaction that many young singers and their teachers have to certain composers. “They hear the name Puccini and they head for the hills, thinking that Mozart is the only—and the best—option for young singers,” he says. “There’s nothing wrong with heavier roles if it’s in the right place. For a program of scenes or a performance with just piano accompaniment, it’s definitely doable for a young voice that’s built to sing heavier roles. One size does not fit all.”

With regard to venue, Murphy refers to the Musical Arts Center at the Indiana University Jacobs School of Music. “It’s a big auditorium and a large orchestra, but the room really favors the voice. The orchestra doesn’t cover the voice like it does in other theaters.”

Further still, Murphy is quick to point out that the same considerations should be factored into the personnel involved in a production. “Who the conductor is matters when it comes to who can sing a role—especially when it comes to jacking up the orchestra, and if a conductor is not a singer’s conductor.”

This also applies to directors and if the set and staging are favorable to singers. Matters of how far upstage and on which types of levels singers are asked to sing on impact their ability to be heard, feel comfortable, and make a role sustainable.

Sustainability is a key factor when it comes to saying yes or no to a role. Murphy uses Carlisle Floyd’s Susannah as an example. “We hear a lot of young singers sing these arias in auditions—‘The Trees on the Mountains’ and ‘Ain’t It a Pretty Night?’—and they think they can do the entire role,” Murphy says. But those arias aren’t totally representative of what sustaining an entire performance of the role actually requires. “It sits pretty low, and young singers have to look at the whole role in context—those arias don’t say a lot about the rest of the evening.”

Keeping a keen eye—and ear—on “the rest of the evening,” what it entails, and how that affects a singer’s voice in both the long and short term is what’s critically important in planning, sustaining, and enjoying a career as a singer. There’s so much that we can do, but it doesn’t necessarily mean that we should do it.

So, like Mimì or Countess Almaviva, be prepared to take a deep breath, ponder the challenges and joys of this difficult decision-making, and trust in both your desires and the intelligence of your body, brains, and voice. Such thoughtfulness and intelligence will lead you to say “yes” to the right roles and “no” to the wrong ones. 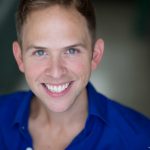 Peter Thoresen is an award-winning voice teacher, countertenor, and music director. His students appear regularly on Broadway (Dear Evan Hansen, Hamilton, Mean Girls, and more), in national tours, and on TV and film. He works internationally as a voice teacher, conductor, and music director in the Middle East and Southeast Asia with the Association of American Voices. He is a voice professor at Pace University in New York City where he also maintains a thriving private studio. Thoresen holds a DM in voice from the IU Jacobs School of Music where he served as a visiting faculty member. He performs throughout the U.S. and abroad. To learn more, visit peterthoresen.com or @pthoresen1 on Instagram.