as there ever a time in our world when we faced a greater need to work together? For composers and singers, creating and recording new music can be a deeply meaningful and personal collaboration. The Travelled Road is a new recording by acclaimed composer Evan Mack, Metropolitan Opera mezzo soprano Megan Marino, pianist John Arida, and cellist Jameson Platte. A spirit of unity resonates throughout the melodies, as well as in the themes presented in the timely texts by historical figures including Supreme Court Justice Anthony Kennedy, world-class poets such as Mark Jarman, Carl Sandburg, and iconic woman such as Sr. Dorothy Stang, Tina Fey, Lucille Ball, Simone de Beauvoir, and many more.

Mack and Marino recently shared their thoughts about the content and creation of their new project. 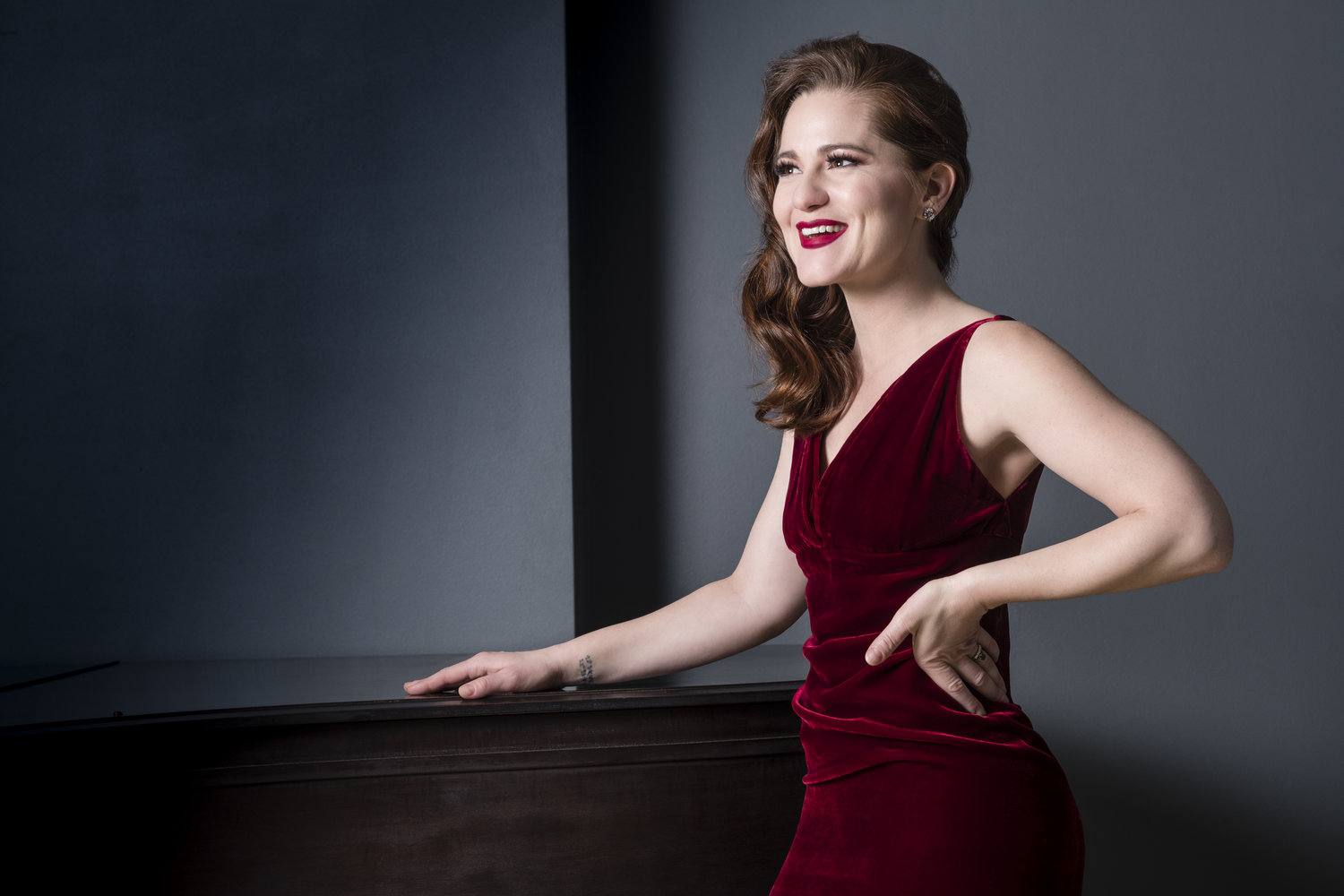 CS: Megan, is there any particular part on the album that resonated with you personally? Which piece is the most meaningful to you, and why?

MM: There are many pieces that speak to me in the album. “The Secret Ocean,” in particular “After Disappointment” has new meaning after this pandemic . . . And of course, “The Road and the End” has poignant words of perseverance, which Evan composed beautifully  tailored for me and John; “A Little More Perfect,” Justice Kennedy’s words, are so important and have personal meaning, as his opinion and participation in this decision made it possible for so many of our friends and colleagues to be married and celebrate their love and belonging. And of course, “Preach Sister Preach!” These quotes and their settings are fabulous, and the right mixture of tongue-in-cheek and seriousness.

CS: Evan, how did you choose these lyrics and set them to music?

EM: Setting text can be tricky. Many poems have their own lyricism and melody. The poems or text I end up setting feel more receptive to music rather than having its own music. There are poems that I love, where I chew on a word or phrase for a while and read over and over again. But I quickly realize that any note of music would be dissonant to the poem’s lyricism and musicality. The texts I find best to set are ones where music can only support and enhance the words . . . where the music gives new meaning or depth to the text, where I can add many layers of emotion to a single word or thought.

When I read the final paragraph of Justice Anthony Kennedy’s majority opinion on Obergefell v. Hodges, I instantly felt empathy, empowerment, and reconciliation in those words. I spent an entire day reflecting on his writing, reading it out loud, silently, thinking of what it meant to so many of my friends. The next morning, the piece was written in less than an hour. The music takes the listener from a point of isolation and gradually becomes more reconciled with harmony and movement by way of empathy, and the song ends with the power felt by those who were recently empowered by Kennedy’s words and the fact that marriage equality is the law of the land.

CS: Megan, do you approach your singing differently for a recording than you do for a live opera or concert performance? Which do you enjoy more, and why?

MM: The mic is hard for me. It messes with my head, being right up in my bubble and super close to my “facehole” like that. I admittedly had a few moments when it wasn’t fun. So, I checked myself, took a breather and returned to the hall ready to celebrate music-making, instead of focus on everything I was doing “wrong.” Because fixating on what we’re doing wrong always helps us to do our best right? (said nobody ever, ha!) 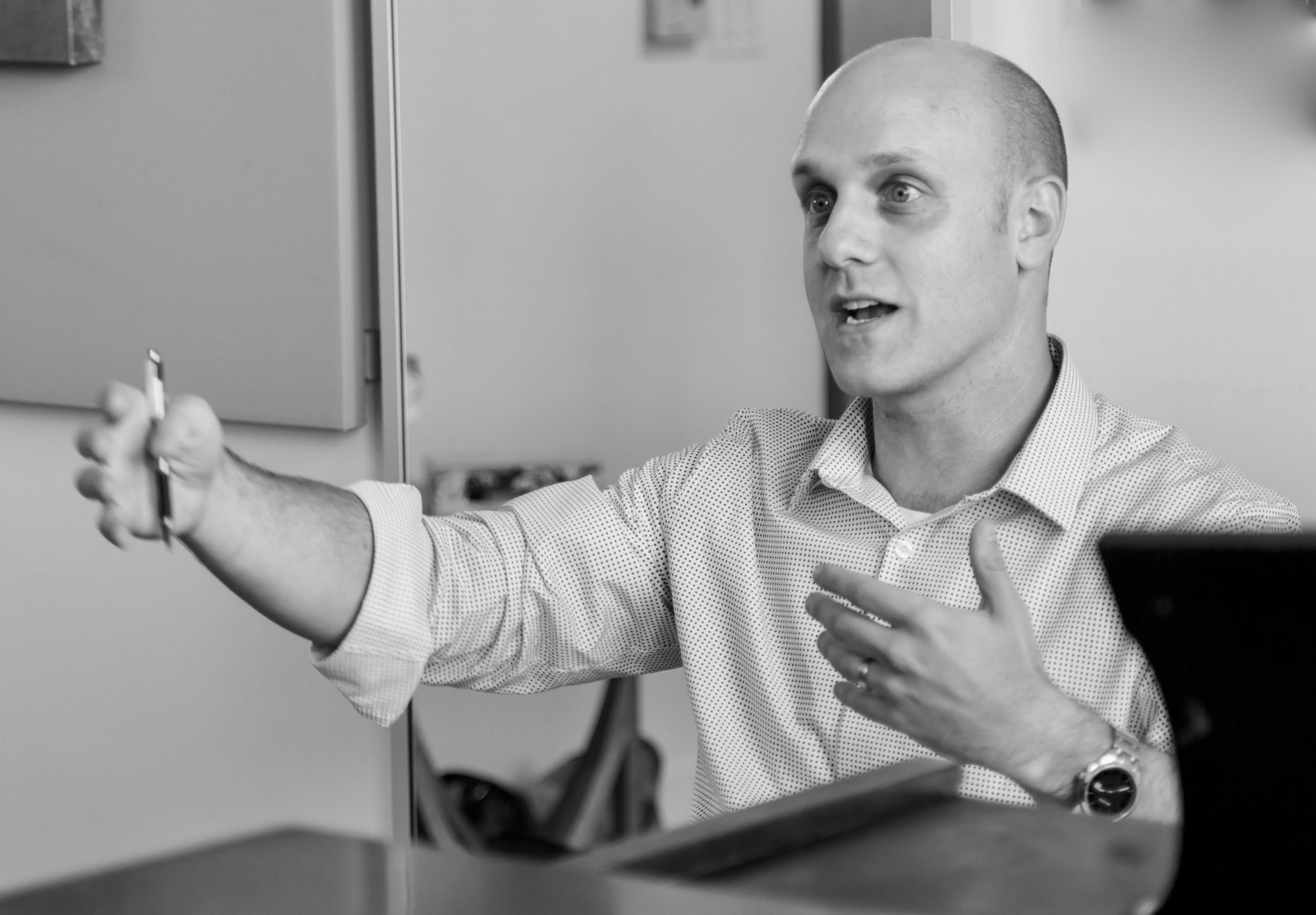 CS: Evan, did you write everything first and then put it in front of Megan, or did you make changes along the way to suit everything to her unique voice?

EM: Most of the songs on the album are works written before I even knew Megan! But once this idea of an album came about, I was there to reshape the works to best fit Megan. Certain pieces had to be transposed or melodic lines reshaped because they were written for different voice types. It is the benefit of singers working with “the living!” I was more than happy to make the changes. Megan and John Arida need to feel as comfortable as possible with my music so then they can focus on emotion, storytelling, color, et al.

In addition, I was not going to give up an opportunity to write something for Megan and John. They are world class artists, so I wanted to write a song catered to their artistry. “The Road and the End” is a tour de force for Megan and John. Often, when I sketch, I think of big harmonic thoughts. With this, I did the opposite. I studied Megan’s singing and set the text away from the piano as much as possible—completely freeing the text from harmonic boundaries and focusing on how her voice could be in the driver’s seat. It was liberating and opened a whole new gear into my writing. And of course, John and Megan knock it out of the park!

The Travelled Road will be available on March 26th. Visit evanmack.com for more information.