Rachel Willis-Sørensen recounts the journey that led her as a young singer to working with the industry leaders in classical music and the personal growth she experienced along the way. 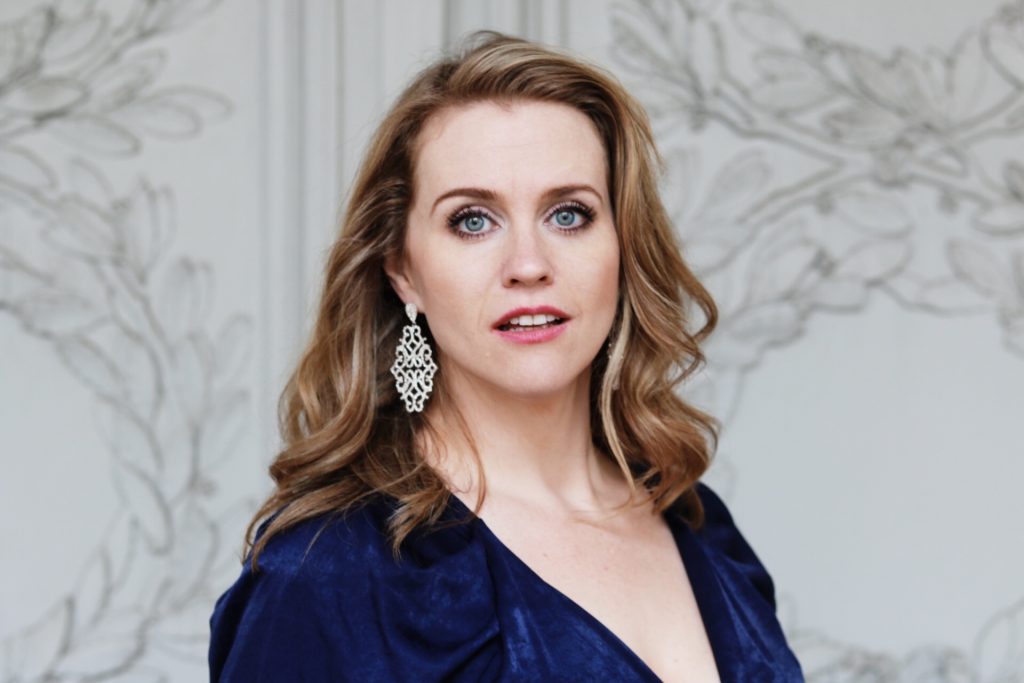 merican soprano Rachel Willis-Sørensen is in high demand across the United States and across the pond. From the Lyric Opera of Chicago to the Wiener Staatsoper, San Francisco Opera to Teatro Regio di Torino, the Metropolitan Opera to the Royal Opera House, she has stunned audiences with repertoire spanning from Mozart to Wagner.

But before she was winning international competitions, debuting in major opera houses, and signing contracts, she was just like lots of high school students who had a passion for music and a desire to take her singing to the next level. In the following interview, Willis-Sørensen describes her path to success, reflects on the business, and offers perspectives on how to negotiate the ever-changing landscape of professional classical singing.

Coming out of high school, what were your main considerations in choosing where to go to college?

Well, my parents both went to BYU-Idaho, or Ricks College as it was called then. I grew up thinking that was the best place. So, when it came time to apply to schools, I thought about applying to Michigan and I thought about maybe going to Whitman College in Washington state because the voice teacher I had was teaching there. But ultimately, I just really wanted the religious collegiate experience that BYU–Idaho had to offer.

I also auditioned for BYU in Provo [Utah] and didn’t actually get into the music school. I didn’t even make the waitlist. So, I went to BYU–Idaho for my freshman year, and in the middle of it I auditioned again at BYU-Provo and was offered a scholarship, which was bigger than what I had at BYU–Idaho. So I went just because it was more economical, but it turned out to be a great choice because I found the right teacher for me—Darrell Babidge. That made a lot of difference.

After your degrees (bachelor’s and master’s), you spent two years in the Houston Grand Opera (HGO) Studio. How did you come to audition for Houston?

There was a poster on the wall in the music school in the vocal hallway, and it said there was a competition. I didn’t even know there was a job associated with it—I thought it was just a singing competition. You could audition in all these different places, and San Francisco was the closest.

So I was encouraged by my teacher: “Go ahead and do that competition. Just see what happens.” And I really thought, “I have no experience, I’m super outgunned, I’m not going to do well.”

But I went to San Francisco. When you audition in a city like New York, they are hearing 200 singers. Everyone can start to sound exactly the same. It takes so much to get their attention at a certain point. But in San Francisco, there were so many fewer singers, they gave everyone a lot of attention.

I’ve always been probably excessively casual about things like auditions. I just realized at some point that you’re not actually competing with the other singers, you’re just competing with yourself. So there’s really no point in competing against other singers. No two voices are identical.

What was it like going from a university program into a studio artist program like you did at HGO?

It was crazy! There were all these things that I wish I had known. I remember one day, on the schedule, I had a meeting. It just said that it was me and the pianist, Kathy Kelly. But we were meeting in her office, so I didn’t bring any scores or anything.

So I go to her office and she’s like, “This is a coaching, why didn’t you bring scores?” And I was like, “Sorry, I didn’t think of it.” I realized, you should always bring scores.

I remember them saying, “You’ve got to stop going into auditions like a puppy. You’re walking in like, ‘Hi! I’m excited!’” And I realized, there is a way to be myself without being self-deprecating, which I didn’t know. I had to learn that and develop it.

For example, before you walk into an audition room, you have to say to yourself, “The reason they’re there is because they have a problem, and I’m about to offer them the solution.” This is a different way of looking at it than what I was doing before, which was like, “I hope that you like it, and if you don’t, I really have wasted your time.” That was hard to learn.

Then you’re not married to a specific outcome because you can’t actually control how they’re going to receive you. You have no idea. All you can control is what you’re doing, to focus on “I’m gonna do what I want to do.” It’s a lovely opportunity.

After you completed the program in Houston, did you start getting hired regularly or was there a down time before you really started booking engagements?

I had some offers from management and I ended up signing with Columbia Artists Management in New York. They arranged an audition for a bunch of German Fest contracts, and I got an offer to do one in Dresden. I got a three-season contract, but it didn’t start for a full year after I left the Houston Grand Opera Studio. I went to Europe to audition for the specific roles in my first contract in Dresden, and then to do the [Hans Gabor] Belvedere Singing Competition in Vienna.

I won that competition, and part of winning it was an offer to sing the Countess in The Marriage of Figaro at Covent Garden that first season out of the artist program. So for that year, I lived with my parents above the garage. It was crazy fast! I moved in with my parents, then I went to Detroit for a month to sing the Countess in “Figaro.” Then I went home for a month and then I went to London. 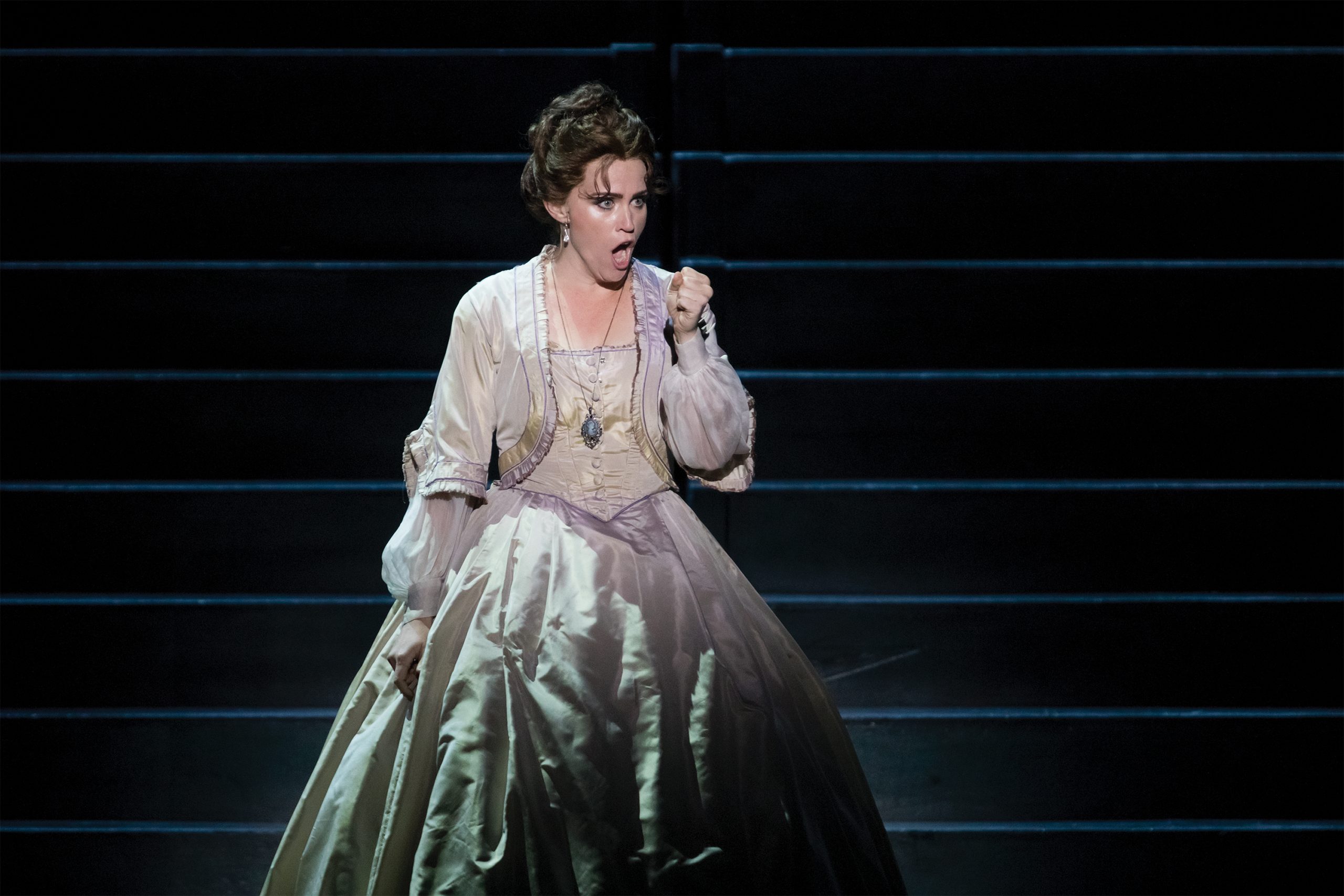 Was there a significant difference between working in Europe versus working in the United States?

Yeah. I think that the atmosphere in the States comes from the fact that we have a more saturated market. I think that’s pretty true of the U.K. as well, that there are just a lot of singers and not a ton of jobs. So we’re all taught to be desperate for work. We’re all sort of taught to be paranoid that we’re not going to make a living, and that we should be grateful for what we’re given and, even if you’re being treated badly, you should never demand better treatment, you should never demand higher pay.

And moreover, if you show up late to a rehearsal that people will die, and you are the world’s worst human. There’s just sort of this demand for perfection from young singers, and it’s kind of unreasonable because, in a way, this strictness, this inflexibility, is like the death of art. You have to be able to adapt to various circumstances, and I totally agree that you should work really hard and be really well prepared. But also, you should acknowledge that you’re a human being and you’re going to be doing the best you can.

I remember one time being reprimanded because I gave a compliment to the prima donna. I was like, “I love when you do this one part! It gets me so much every time.” And the director was like, “She does not care about your opinion. She does not need to hear about what you think.”

It’s so hierarchical. And you just have to live independent of this stupid, messy hierarchy that is not helping anyone to make art.

Really, we should be nurturing young artists instead of demeaning them—instead of subjugating them in this imaginary hierarchy. I think it’s ultimately the death of art unless you can stand up and say, “This is what I was born to say!” But you can’t say that if you’re constantly told your instincts are wrong or that you don’t know what you’re doing.

You have emphasized that the way you’ve done things is not necessarily the way that things should be done or the path that everyone needs to follow. Do you think that the stepping stones of college to graduate school to apprenticeships to professional work is still the process people have to go through, or is that changing?

I don’t know. I think that was the accepted path for a long time and I think you can still do it that way. I don’t think that’s the only way. I think that there are going to be any number of ways into this profession, but I think probably it’s a good guideline to follow.

Along the way, learn as much as you can and develop yourself—not only vocal technique, but your artistry. That comes in part from having life experiences, traveling, experiencing the world. Really, the best cues you can get about style and music are from inhabiting the cultures where that style originates.

If you want to know about Mozart, go to museums in Austria, listen to Austrians speaking German. Go to Italy and listen to people speaking Italian. Learn about what the culture is and then bring some of that into what you do. Style is more than just a coach in a room telling you that you shouldn’t do portamento because it’s too early. It’s so much more.

It’s really, really important for people to be developing their artistic senses. And you can do that in a lot of ways. My colleagues who are working, who are making a living singing opera, came into this from so many different places.

There’s no one right way. A thousand things have to happen in order for a career to work out. And there are so many ways of being a part of this profession that don’t necessarily mean you’re singing Carnegie Hall tomorrow.

Really, you have to look at what you want out of it. Do you want fortune and glory? Maybe you should choose pop music. Fabulous wealth? I don’t know, maybe invest.

Or do you just want an opportunity to make a lot of music? That was my goal. I want to make music at the highest level with the highest-level colleagues. I’ve had experiences like that that have been really amazing and really life changing. So, yeah, that’s the truth.