In 2004, Daniel Wakin published a New York Times article titled” The Juilliard Effect: Ten Years Later.” He wanted to find out what happened with Juilliard’s alumni ten years after graduation. He analyzed the class of 1994 made up of 44 students.

The results were devastating. It revealed how hard it is to live as a classical musician in a society that seems to push classical music to the margins of society.

Of the 44, only 12 developed careers as professional musicians. The rest had abandoned music altogether or were pursuing careers in teaching. Most of those who had left music struggled to reconcile with their new identities and had a strong sense of frustration.

This fact demonstrated that conservatories and music schools’ training does not prepare musicians for real society. Today it is very difficult to survive as a classical musician, partly because classical music is being pushed to the margins of society, but in large part, because the training of the musician who should be oriented to flourish their creativity, constrains and confines them to rigid structures and canonical repertoire.

Also, students are prepared to develop one type of career; it seems like there is only one way of being a successful musician. If you sing in the Met or play in the Berlin Philharmonic, you are successful; if you don’t, you are a failure—this is the unspoken message, a conflictive one when we know that only a tiny percentage of musicians reach these scenarios. (The Met as a metaphor of a particular career path.)

We all know that music and musicians’ roles penetrate all levels of society and that there are many possible paths for a good quality musician. Sadly, most musicians are trained to be technicians, people with incredible technical abilities but with little preparation in humanities, technologies, entrepreneurship; This is a real shame because musicians are naturally creative people capable of proposing highly creative projects if given the appropriate tools. Receiving a transdisciplinary training would prepare them to contribute in many ways to society, developing unique paths in many different areas.

At educational institutions, the training of classical singers is focused in the Eurocentric repertoire, especially opera is encouraged, tacitly implying that this is a repertoire of higher value (a value that is related to its economic potential and its social status).

Where is the experimentation with different uses of the voice, where is the integration of technologies to produce interdisciplinary performances that speak to contemporary society?

The training of classical singers is exclusively focused on developing a technique to interpret the Euro-Centric repertoire. Acquiring the technique becomes the center of all efforts and an end in itself. However, the technique must be a tool to achieve the ultimate goal of art that is communication—the communication of ideas, feelings, moods, social criticism.

If we consider technique as one more of the singers’ tools, he/she will no longer be concerned about the beauty of the voice and focus on the goal of communicating, of moving the audience.

A genuine school for musicians allows them to express their individuality, proposing unique performances; a school that invites them to explore their creativity; such a school would not only focus on training technicians but also on training intellectually rounded individuals. In this context, the ideal student would be the one who thinks outside of the box, using her/his technical abilities to address new repertoires, to produce original performances, using canonic repertoire as a departing point of artistic exploration.

How can we aspire to this in the world of classical singers? Encouraging students to explore new repertoire, setting ourselves as an example, developing projects that converse with the humanities, with history, with society, with technology.

As a departing point, I invite you today to go outside the canonical repertoire and explore and perform the Iberian and Latin American vocal repertoire. There is a vast repertoire in Spanish, Catalan, Portuguese and Indigenous languages, which you can find at www.mundoarts.com.

I also invite you to participate in the Barcelona Festival of Song, a full immersion experience to expand your mind and learn the history and interpretation of the Latin American and Iberian art song repertoire. 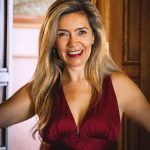 One of the most celebrated performers and researchers of the Iberian and Latin American art song repertoire, Patricia Caicedo, has performed around the world, recorded 10 CDs dedicated to the art song in Spanish, Catalan, and Portuguese and published nine books considered a reference in the area. She often visits universities and conservatories as a guest artist and teacher. Patricia is the founder and director of the Barcelona Festival of Song. She holds a Ph.D. in musicology from the Universidad Complutense de Madrid and an M.D. from the Escuela Colombiana de Medicina. www.patriciacaicedo.com  www.barcelonafestivalofsong.com  www.mundoarts.com