This article originally appeared in Classical Singer magazine. To subscribe to the print magazine, go to www.csmusic.info/subscribe. 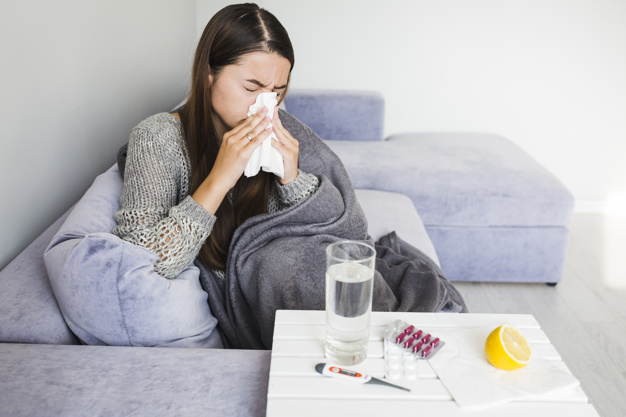 The cold season is here! Colds, viral infections of the upper respiratory tract, seem to be an unavoidable part of winter. As a singer, colds can be more than a nuisance—it can mean cancelled teaching, cancelled lessons and coachings, and loss of income. Colds are unpredictable and may be vocally catastrophic: one day you are fine, and 12 hours later you sound like your chest voice is roasting on that open fire! It is therefore timely to consider how you can avoid catching a cold this year. And if you do succumb, what can you do to minimize its duration, severity, and contagion? After all, colds spread from one sufferer to another—and before you know it, the entire cast is coughing and sneezing.

Here is some practical knowledge that might help you.

Colds are caused by the rhinovirus. The virus are invisibly tiny, measuring .018 to .028 microns in diameter (a micron is one millionth of a meter). The rhinovirus is about 800 times smaller than the smallest pollen particle (10 microns). For reference, the smallest visible size of anything is 40 microns, more than 200 times the size of a rhinovirus particle.

Being small is good for the virus, but bad for us. The rhinovirus is spread mostly through sneezing, attached to droplets that fly through (and linger in) the air for minutes. Even when not infected, we are constantly spraying droplets, when speaking, laughing, and singing: I have on many occasions stood backstage at a theater and saw the clouds of droplets flying out of singers’ mouths, made visible by backlighting.

As we make our way down the street, riding the bus or subway in close proximity to our fellow humans, we always risk the possibility of walking into a lingering sneeze or cough, even when we are not there for the actual event. So the lesson here is to cover your face when you are in crowded places. Wrap a scarf or muffler around your nose and mouth to trap any potential aerial invaders.

The second (and less significant) mode of spread is by direct contact. Although the rhinovirus doesn’t live well on its own, it can survive, attached to mucus, outside the body for up to 1½ hours. Sharing utensils, lipstick, or other personal items are verboten—but also avoid touching your face with a shared telephone, as may occur in your place of work. Anything you bring close to your face that has been near someone else’s is suspect.

Reconsider the social conventions of cheek kissing or hand shaking during the cold season. You don’t know where your friend’s hand was a couple of minutes earlier—possibly wiping his nose with a snotty Kleenex. When you realize that a tiny virus load (1 to 30 particles) is enough to reliably start an infection, you may decide to risk seeming a bit antisocial rather than getting sick.

In this regard, wet wipes are useful but are not virucidal. This means that a good, vigorous wipe may kill bacteria, but the only effect on the virus is that you mechanically dislodge it from the mouthpiece of that shared telephone. So, vigorous wiping is useful, but a gentle wipe or antimicrobial spray does nothing to the rhinovirus.

Once the virus has landed, typically in your nose, it is carried back to your pharynx by the tiny cilia lining the nasal passages. This trip takes about 15 minutes and, once complete, the virus may dock in your nasopharynx and start to multiply. If you have been exposed, wash your nose thoroughly. A saline nasal spray (Ocean is one such brand, there are also many others) is a useful item in your purse. If you have been sneezed at, coughed at, or otherwise may have come into physical contact with an infected source, vigorously wash your nose with saline to dislodge the virus. This way, you may dislodge the virus and prevent the “docking” and infection. It is in general a good idea to wash your nose with saline twice a day during the cold season. This not only supports the self-cleansing mechanism of the nose, but also dislodges any infected particles and speeds the transit time of the virus—once it’s past your nasopharynx, it is less likely to lodge, and you can spit or swallow.

I mentioned that you should avoid contact with infected individuals. The problem here is you don’t know who’s got the bug! Not everyone with the virus looks sick—even infected people are asymptomatic (but contagious) for up to 10 hours after they become symptomatic. So, at the risk of seeming paranoid, suspect everyone, especially in crowded places such as public transportation (including airplanes), crowded restaurants and supermarkets (standing in line to pay is a great place to catch someone else’s cold), and even theaters.

This brings us to “cold etiquette.” There is no cure for a cold and no reliable prevention beyond avoidance. Once you have it, please don’t spread it. My particular favorite is the sniffling patron with a raging cold sitting behind me at the opera, who just couldn’t miss hearing his favorite singer and puts everyone around him at risk. While we may not be as considerate as the Japanese, who wear a surgical mask in public when they have a cold, try to minimize passing the virus to your neighbor. If you have a cold, cover your face, avoid physical contact, and wash your hands frequently. Cancel or reschedule appointments that involve close physical proximity with other potential cold victims (such as a choir practice). You may be missed, but everyone will appreciate your courtesy.

If, despite everything, you do catch that cold, take vitamin C, which is both a preventive and a treatment. I suggest 4,000 mg a day in divided doses. Zinc (as zinc gluconate lozenges or nasal swabs) is also effective, but not as a preventive. Once you have the cold, zinc has been shown to shorten the cold, make it less severe, and make you less infectious. Add your own favorite nostrums—which may include Echinacea, apple cider vinegar, or hot chicken soup—get lots of rest, and the virus will be gone in a few days.

One final caution—when you are sick with a cold, cut back on your exercise. Your body is busy dealing with the infection, so cut it some slack before hitting the treadmill again.

Anthony Jahn M.D., noted author and professor of clinical otolaryngology at the Columbia University College of Physicians and Surgeons, has offices in New York and New Jersey and is a noted author of The Care of the Professional Voice. For more resources, go to his website www.earandvoicedoctor.com.