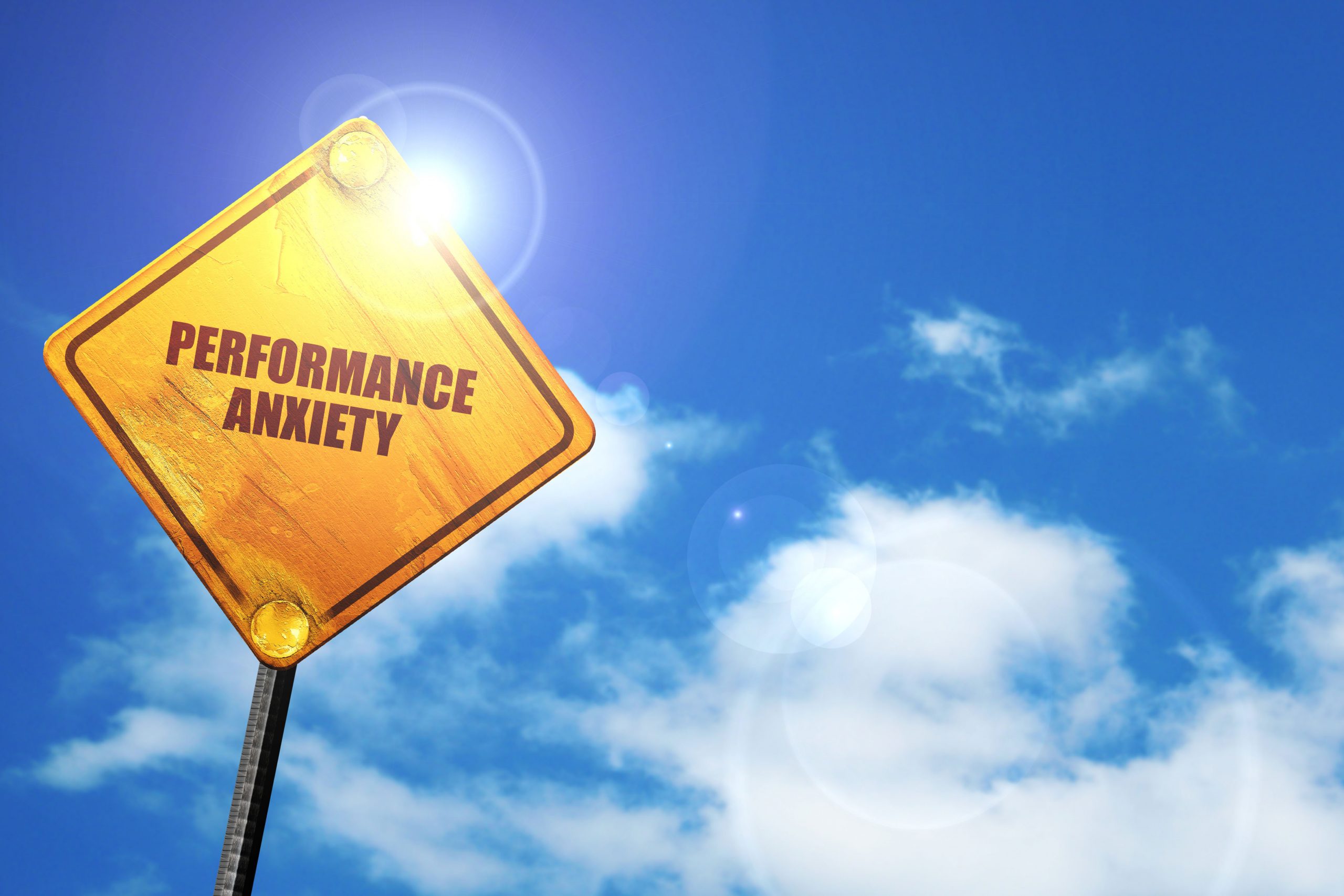 Audition anxiety is a major factor for many singers. Learn here how seasoned professionals handled their audition anxiety and built confidence and perspective through mindfulness and other techniques.

The New York Times has described soprano Camille Zamora as “beautifully poised,” but audition panels who heard her early in her career might disagree. Zamora recalls one audition she sang as a student at Juilliard where “the stakes felt high and the repertoire new,” and she couldn’t connect with her breath: “The result was a lot of flawless trilling on each note—which would have been great if only Puccini had actually asked for nonstop trills. Since he didn’t, it was a long three minutes for both my listeners and myself.”

It’s tempting to view this example as an outgrowth of inexperience, but audition anxiety plagues many performers long after their careers have taken off. Soprano Christine Goerke suffered from it. So has mezzo-soprano Blythe Gaissert, who has performed at the Met and many other prestigious houses. Broadway veterans Megan Sikora and William Youmans have battled it. Fortunately, they all found ways to manage their anxiety.

Control What You Can

Performers who have successfully managed audition anxiety recognize the subjectivity of the business, and they understand that a panel’s response to an audition is beyond a singer’s control. They focus instead on the factors that they can control.

It should surprise no one that preparation is critical. “I have never been successful when unprepared,” says Youmans. “I like to memorize lines, know the song cold, and be totally certain of what I’m doing.”  For bass Richard Wiegold, preparation centers first and foremost on a reliable vocal technique. He knows that if he forms a vowel, takes a breath, and engages his support in the way his teacher has taught him, his voice will work.

For Gaissert, preparation encompasses some basic steps. She makes sure that she can get to auditions on time, that her music is organized the night before, and that she uses her own pianist with whom she feels comfortable.

Online auditions, which have become more popular since the coronavirus pandemic began, make it even easier for singers to control these basics. Some techniques are obvious, but many singers overlook them. Mara Jill Herman, a musical theater actor and technology consultant, reminds singers auditioning online to turn off notifications—both aural and visual. As she points out, it’s hard to concentrate on a song when you see that your mother is texting you.

Another benefit of online auditions is the lack of distractions from other singers waiting their turn. But soprano Leslie Swanson has developed an effective strategy for blocking out distractions on-site: while she’s waiting, she keeps herself busy by writing out the words to the song she’ll perform. This activity helps her focus on the character, supports her memorization, and—importantly—reduces anxiety.

Preparation extends to lifestyle choices. Dr. Kristine Hurst-Wajszczuk, a soprano and professor in the music department of the University of Alabama at Birmingham, encourages students to adopt healthy habits. She draws their attention to sleep, food, exercise, and counseling—all of which can influence anxiety levels.

Herman is another advocate of healthy habits, which she files under “things you can control.” As she explains, singers who adhere to them support their instrument and benefit from the confidence that they’ve done everything in their power to lead with the best version of themselves.

Some performers work hard on the beauty of their singing voice but neglect their inner voice, which can be an unwelcome presence at auditions. “Many of us talk to ourselves in a way that we would never talk to a friend,” observes Hurst-Wajszczuk. “If your inner dialogue every time you practice, perform, or audition is demeaning, unrealistic, or cruel, you are setting yourself up for failure.”

Gaissert knows just how debilitating an inner voice can be. She refers to hers as her “Dick Button,” the champion figure skater and TV commentator. She remembers many auditions where she did herself a “disservice” by worrying about what the people listening in the room and outside the room were thinking of her. “My inner Dick Button was judging me,” she says. “And it was a snowball effect. My hands would shake. I couldn’t get a good breath. My mouth would get dry. And I would just completely lose all sense of the love for what I was doing.”  Eventually, Gaissert was able to shift her focus to the moment and “silence good ol’ Dick,” but she says it took a long time and a lot of work.

Sikora, too, has combated a negative inner voice, which she envisions as an evil twin called Genevieve. “You’ve got to talk to that voice and shut it up,” she says. According to this principle, “sassy” Genevieve has been expelled from the audition room on many occasions.

Goerke’s negative inner voice arrived on the scene during a highly publicized transition period when her voice and repertoire changed. At the time, she convinced herself that people wanted to hear her only because they were being kind, assuming that her voice was in tatters. Consequently, she felt nauseated and on edge and couldn’t get her breath underneath her.

To address these issues, Goerke sought advice from a colleague who was a sports therapist and coach. In addition, she created an audition character for herself: “I decided I wanted her to have the strength of, say, Vitellia, the wisdom and friendliness of Alice Ford, and the poise of the Countess.” Goerke found this technique extremely helpful. She also bought herself a cheap silver ring inscribed with “Sieg Oder Tod,” which Brünnhilde says to Wotan in the final scene of Die Walküre in reference to protecting Siegmund. She’s since lost the ring, but we can assume that her frequent appearances as Brünnhilde in recent years have assuaged the loss.

Recognize the Support from your Audience

Your inner voice might tell you you’re not worthy and that you’re wasting the time of the audition panel. Your inner voice is misguided. Singers who have been on both sides of the table emphasize this over and over. The people on the other side are “rooting for you the second you walk in the door,” says Goerke, who points out that if they didn’t need someone like you, there wouldn’t be an audition in the first place.

Bass Michael Chadwick agrees. “I used to get nervous before, during, and even after auditions,” he says. “It wasn’t until I found myself on the other side of that table that I realized something. The people hearing you have a part they need filled, and they’re rooting for every single singer to do well.” Michael Spierman, artistic director of Bronx Opera, adds that the company values singers who audition, noting that they are, in effect, extending a compliment. In short, singers—and their inner voices—inclined to question their worth should remind themselves that audition panels are not hostile.

Nor are the panels expecting perfection. Soprano Sarah Tannehill Anderson, founder of the Raise Your Virtual Voice practice program, stresses that directors are looking for “healthy, exciting voices that bring tears to their eyes. They’re looking for passionate musicians who are prepared, confident, positive, and special.” Perfect? No.

Many performers advocate mindfulness exercises as a defense against anxiety. Dr. Jessica Koebbe, a pianist, certified meditation instructor, and founder of Mindful Music Pedagogy, addresses the internal aspects of anxiety, encompassing meditation, breathwork, body scanning, mindfulness, and the readjustment of expectations and perspective.

Tannehill Anderson, who frequently collaborates with Koebbe, recommends “deep breathing and finding your center with great posture before an audition.” That’s when “backstage yoga” comes into play. 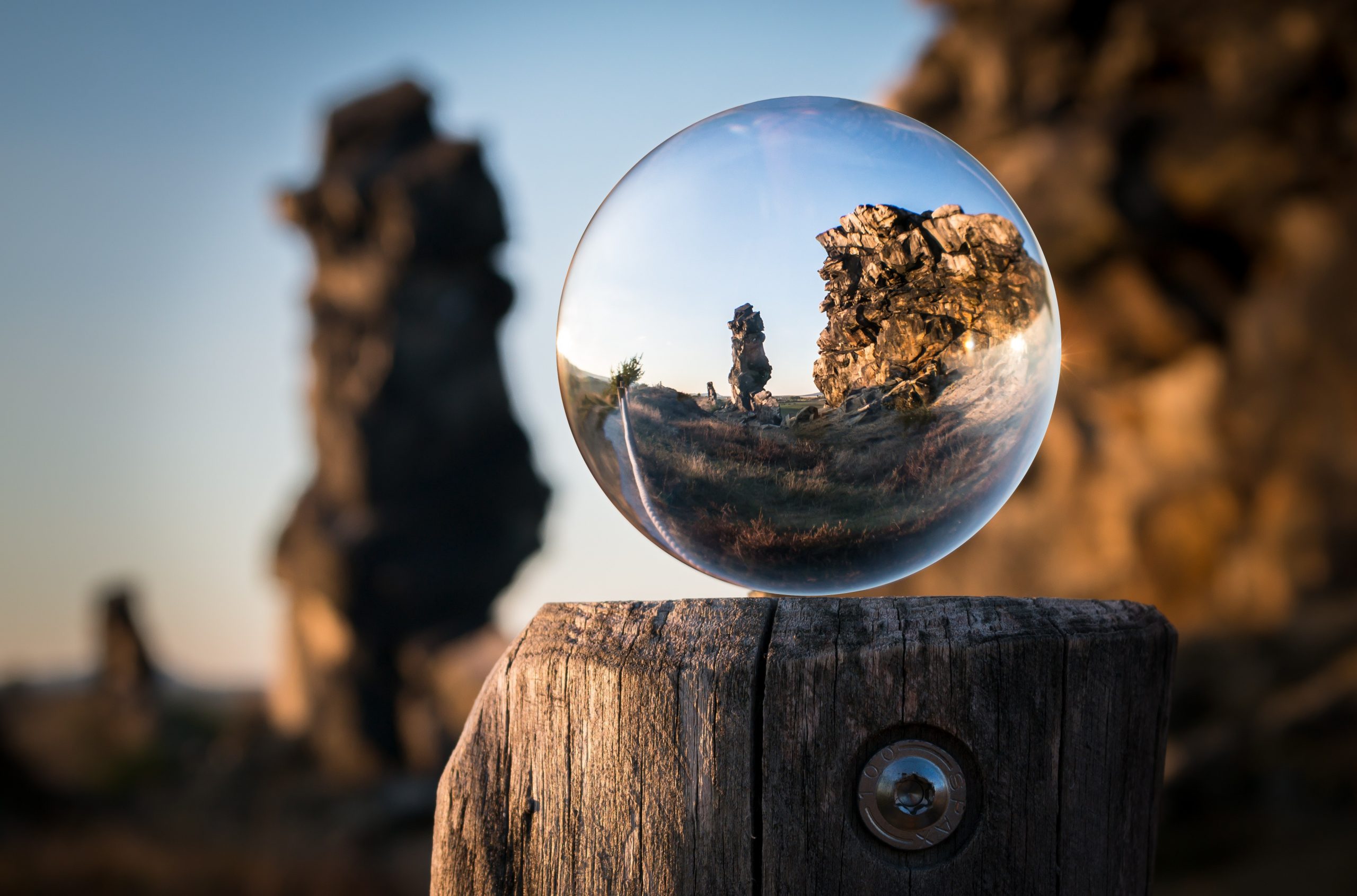 Sikora practices Reiki healing and teaches performers how to take deep breaths, focus on and release areas of tension, and take control of themselves during auditions.

Clearly, there are a variety of mindfulness techniques for singers to explore. Hurst-Wajszczuk, who happens to be a Koru-certified meditation teacher, suggests that singers find one that works for them.

Youmans’ advice for singers who experience audition anxiety is to find something—whether it’s religion, loved ones, service to others, or kindness to oneself—that “is more important to you than the audition and the world of the profession. Herman takes a similar view. She attributes lessened anxiety to a life of varied interests and varied skills that diversify her income. As she explains, “It’s not like my only happiness is coming from performance.” Gaissert’s perspective changed when she had children, realizing that “these other human beings are relying on you to keep it together.”

Service to others helped Zamora. Before she cofounded Sing for Hope, a nonprofit that harnesses the power of the arts to create a better world, she performed in hospitals and hospices when she had time. “I noticed that I was developing a new kind of focus and connection,” she remembers. “It wasn’t because the stakes felt lower than in an audition (if anything, they felt higher, knowing that mine might be the last live performance to be experienced by some of my listeners). Rather, performing for patients illuminated for me the essential task of the music maker:  sharing love and connection in sonic form.” Zamora characterizes this feeling as a “superpower” that enables her to override her audition anxiety and performance nerves.

Baritone Nicholas Pallesen, a former regular at the Met who now works as a transformative life coach, reminds performers that their identity, worth, and well-being do not depend on the outcome of an audition. He defines audition anxiety as “the feeling we get when we forget we’re going to be okay no matter what.”

The experiences of mezzo-soprano Abigail Wright, another transformative life coach, support Pallesen’s statement. Whenever she perceived an audition as high stakes, she’d forget words, sing sharp, have difficulty sustaining a phrase, and “stop actually making good music.” Now she looks back on those experiences and concludes, “The more pressure and attachment I added to my concept of the gig itself, the harder it was to actually create art in the moment.”

Wright and Pallesen emphasize the distinction between self-observation and judgment. Wright works with clients on a method called Positive Intelligence, the goal of which is a state of flow where judgment is abandoned in favor of curiosity and an “obsession for purely living in the now.”

Pallesen finds that preoccupations with “fixing” audition anxiety prevent people from being in the moment. Suppressing anxiety, in his view, is like putting a lid on a pot of boiling water: “The pressure builds and builds and builds to the point where the lid will start rattling.” He suggests that performers let the anxiety move through them rather than putting the lid on it. His objective is to simplify the process and help people realize that there’s a lot of work “they don’t need to do.”

Zamora believes there is only one job that requires more mental juggling than an air traffic controller, and that is a classical singer. Add to this the unpredictability of the music business (which became abundantly clear during the COVID-19 pandemic) and you have the perfect ingredients for anxiety in auditions. That’s why it’s essential that singers never lose sight of what they do and why they do it. “At our cores, musicians want to make music for the enjoyment of ourselves and for others,” says Koebbe.

Zamora, for one, keeps this goal in mind. As she observes, “For me, learning how to successfully audition and, by extension, successfully perform was about learning to balance the millions of micro-level mental directives required by our art (umlaut here, appoggiatura here, messa di voce here, ornamented da capo here) with our main overarching directive: Be authentic, love your listeners, connect.”

Rachel A. Antman is a communications professional and mezzo-soprano based in New York City.