CS Music recently had the opportunity to host a masterclass featuring Dan Micciche, the current music director/conductor for Wicked on Broadway. He offered some wonderful advice that readers can learn a lot from. Here is a portion of the question and answer session, and if you want to listen to the entire class, look for the link at the end of this article. 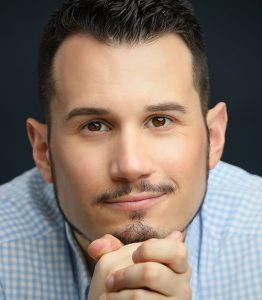 Question: When you have a song in your book that’s been in there forever, how do you keep it alive? Should you replace the song? If it’s a song that you really connect to how do you keep finding new things in it?

Dan Micciche: That’s a really great question. I have two points for that. Regarding an audition book, you should have a plethora of songs that sell you as the actor or actress because it’s a business and you need to sell your calling card. I know that doesn’t sound that romantic, but you have to pick material that’s right for you, right for your type and how you want to be perceived. And then you have another book with songs you bring to the piano bar that you love to sing. So not all the songs that you just love to sing are going to be right for you.

With keeping things fresh, yeah, over time you change out your book. Change out for new material that works for you that is still inspiring to you and enlightening to you. But I know people that have had the same audition song for 35 years. They know it’s a home run and it always works for them. You want to pick material that you can relate to personally. As you grow you’ll find different things you can relate to.

Q: I just recently graduated from Lehman College in New York as a music major and I wanted to know your advice for a recent graduate, especially with the pandemic going on. I had a little bit of plans here and there but they were all just cancelled! I want to know your suggestions on what I can do right now.

A: Something that could help you and that has helped me every day is that all of our plans have been cancelled, so it can give you a little sense of relief that you’re not the only one missing out. So what you can do during this time is exactly what you’re doing. Looking for the right classes and other musicians to talk to. Practicing daily. Searching on YouTube for the plethora of music that is out there; if you want to go into symphony playing it’s very different from playing on Broadway. Being a Broadway sub is a whole different world than playing a certain book. But when we hopefully go back to somewhat normal life, you would reach out to certain players on Broadway and network and somehow get their information and say, hey can I watch your book? I just recently graduated, can I take you out for a cup of coffee and pick your brain? Nine times out of ten these people will. There’s some really good people in this business that really want to help you.

For actors as well! The thing is, there’s a million actors in Manhattan, well, and musicians, but it’s a different kind of competitive pool. An audition for a Broadway musician is the first show they play. There’s no 800-1,000 people showing up to play the same 16 bars. But as an actor, reach out to the people with careers that you emulate! You know, don’t write them 9 paragraphs, but write them 5-7 sentences of, “Hi, I’m Dan Micciche, I just graduated from Boston Conservatory. I know you’re very busy, let me know if you have some spare moment that if we could chat….” Cause what do you have to lose? That’s what I’ve learned in this business is you have to ask for what you want. But not in a cocky way! You laugh, but some people do that! They think, oh I’m being strong, I’m being this and that, and they sound crazy.

You need to know what you want and go after it in this industry. I met Stephen Oremas at my audition for Wicked and Mormon and Kinky Boots and Frozen, and he was someone I looked up to for years. But I had to move that conversation along! When he did hire me originally as keyboard 3 on that tour, I worked my butt off and cultivated a relationship. Then I said hey, I would love to be looked at for music director one day. Not right now, but I would love for that to happen. And who knows, maybe that would have happened even if I didn’t ask, but it just says something about someone who is proactive in their career like that. We as actors get very nervous to approach people and think we’re going to bother them. Just don’t think about it like that! Just stay in your lane, but if you want to write someone, write someone and speak from your heart! Usually they’ll be responsive, and if they’re not, all the best.

Q: When you finally got to New York, what were auditions like?

A: New York period is intense. Walking down the street is intense! (Hence why I moved to Connecticut.) But the audition experience is a hussle, even when you get a Broadway show, it’s a hussle. In this business, where there’s so much competition, you have to know what you deserve and what you are capable of. I know there’s certain things that I’m not capable of and certain things that I’m good at (and that’s important you tell yourself that). But set your ego aside. I try to do that every day of my life.

I went to every single audition I could go to. I got a side hustle so I could really be a professional auditioner. And it is true that you walk into holding rooms of six, seven hundred people and you do wake up at 4 A.M. and you don’t get to sing until 4:30 P.M.. That’s the truth! It’s not like that for everyone, some people move to New York and they get a Broadway show that day. But some people grind it out for a very long time. I would be lying if I said the hussle wasn’t real.

It’s about connecting, cultivating relationships, listening to everyone but taking from just certain people’s advice. Don’t listen to and take everyone’s advice because everyone’s gonna have something to say. You want to be picky about what you’re letting into your head. It’s a constant networking skill. And just be a good person! If there’s two people who sing the hell out of something I’d rather work with the person I’ve heard a great reputation about.

Q: Is there a possibility of having a career in Musical Theatre without performing in New York?

A: Absolutely. You want to think about what the word career means to you. Does it mean working continuously and just working in musical theatre? As we know in the arts there are big differences in pay scales. So usually the more commercial theatre is the thing that is most sustainable financially to live on. It’s kind of hilarious to even talk about that. But there’s many actors that I know in New York City that none of that interests them. They love the downtown, experimental, smaller music theatre world. Also you can have a career in music theatre in Chicago, in L.A., in Boston! There are people who have enormous careers in these cities. You can have a career and be the person in Ohio! Regardless of where it is it takes work. It takes constant determination and networking, and being a good person. I think that’s a good thing to take away from anything you want to do in life. Everyone wants to work with a hard worker. And everyone wants to work with a good person.

To answer your question, yes I think you can have a career in musical theater without being on Broadway. That doesn’t have to be your end all be all, absolutely not! You make what you want it to be for yourself! It’s not going to define you. If that’s your be all end all, then go for that! If you just want to do a certain realm of musical theatre, then go for that. There’s no right or wrong.

(If you’d like to connect with Micciche, he is offering the following: vocal coaching, song interpretation, audition technique, conducting technique, and Broadway Industry Q&A. Go HERE for more information. Or read more about him HERE.)