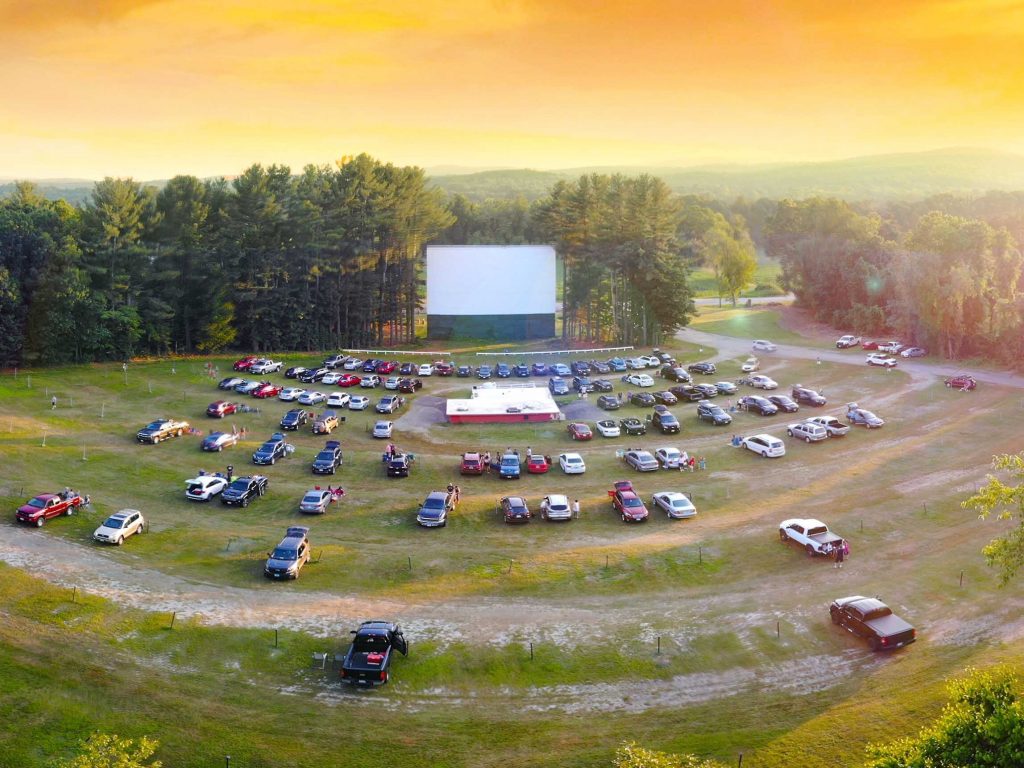 Maybe you went to a drive-in movie when you were a kid, and maybe you’ve attended live performances of grand opera. But you have never experienced anything like what you’ll have a chance to see and hear on Saturday, August 29, in Ulster County, NY: one of the grandest of operas, Puccini’s Tosca, performed live on stage and simulcast to you on giant Jumbotron screens and with the most advanced sound system in history as you relax in the safety and comfort of your car.

You have never experienced such a thing because no one ever has. It has simply never been done before.

But when the Covid-19 pandemic made it necessary to re-assess the annual three-day, multi-event Phoenicia Festival of the Voice, the idea of this first-of-a-kind spectacle was born. And thanks to Ulster County Executive Pat Ryan and his indefatigable staff, this unique performance will take place in the west campus of Kingston’s Tech City, will accommodate as many as 600 cars, and will scrupulously adhere to all safety measures to protect audience, performers, and staff against the virus. Cars can drive into the site as early as 5:00pm and picnic or tailgate in their appropriately distanced parking slot. When the performance begins at 8:30, audience members will hear it through open windows or via their car’s FM radio—or both—as they watch the live action both onstage and simulcast on four 20-feet-x-20-feet  Jumbotron screens.

And what will you see and hear? One of the classics of the opera repertory, Tosca, boasts some of the most passionate music ever composed. From its famously dramatic opening chords, this opera has it all: love, lust, politics, deception, sacrifice, and sheer evil.  The performance will be staged by Festival Director Maria Todaro, noted for her highly creative, fresh thinking in directing a range of operas, and the orchestra baton will be in the hands of the exciting French conductor Audrey Saint-Gil.

A cast of world-class singers leads the roster—soprano Joyce El-Khoury in the title role, tenor Dimitri Pittas as her lover, Mario Cavaradossi, and bass-baritone Kyle Albertson as the villainous Baron Scarpia—supported by a cast and chorus of diverse backgrounds and singular expertise.

In another first, this drive-in production, will add the use of enhanced Augmented Reality. This technology, typically used in science-fiction films/video games, offers a level of immersion that greatly enhances the audience’s feeling of “presence.” As designed and executed by the Festival’s highly skilled and creative production and tech team, for example, the  famous Act I finale of the opera, a show-stopper at any time, will offer the audience of August 29 a whole new level of “involvement:” Set in a church, as a growing crowd of worshipers intones the Te Deum hymn, Scarpia simultaneously soliloquizes his sinister intention to kill the hero and bring Tosca into his arms. In music, action, and, thanks to enhanced AR, in audience involvement, the sacred and the profane meet thunderously and with particular intensity.

But with up to 600 spectator-filled cars, full cast, chorus and orchestra members, and a staff of 35 , how do you ensure health and safety? One helpful plus is that the performance will be outdoors in the fresh air. In fact, although Tech City is in the middle of the city of Kingston, its west campus is surrounded by hills and greenery that make it a downright pastoral setting—much like the one the Festival of the Voice is accustomed to in its hometown of Phoenicia.

As for distancing, director Todaro says creativity makes it possible to stage action without individuals being “unsafely close.”

And production manager Dan Jobbins has implemented strict procedures for performers and crew during the rehearsal period and right up to and including the night of the performance.

With personal safety for all assured, what could be better than a great opera on a summer night at the drive-in in Ulster County’s Tech City?