Dimitri Pittas’ career is one filled with transition. Despite serious obstacles, this kind-hearted tenor has proved his adaptability and is recognized as a force in the most impressive repertoire. 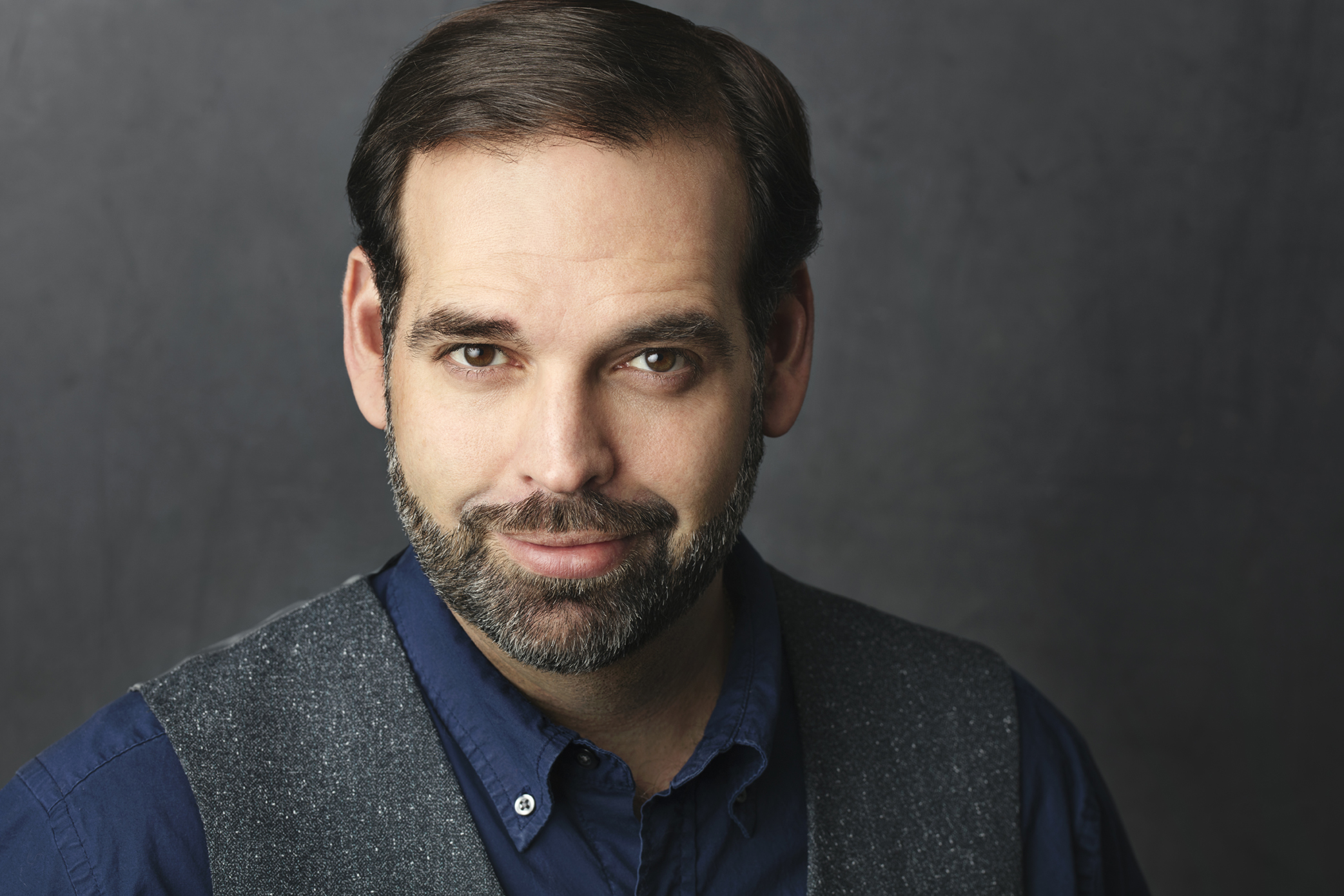 My first personal interaction with the talented Dimitri Pittas came after I’d published a review of a beautiful 2016 Opera Philadelphia production of L’elisir d’amore. I wrote, “Tenor Dimitri Pittas . . . was a charming Nemorino. The role fits him like a glove vocally and he easily adopted the persona of the naive but not dumb peasant.”

Soon after that I met Pittas and his wife, accomplished soprano and pianist Leah Edwards, for a perfectly delightful hour or two of conversation. Life intervened and made publishing a profile something that had to wait. Good things come to those who wait, however, so after a recent update conversation, I offer the following.

In 2016, we talked about what was still an elephant in the room. In 2010, while on his honeymoon, Pittas had fallen off a horse, and in diagnosing his injuries doctors discovered a cancerous tumor in his lung. He returned to New York and had surgery right away, losing part of that lung and phrenic nerve.

Although radiation was not required, he had chemotherapy, which was quite strenuous. Pittas spoke of the need to discover his new body, his new breathing apparatus. He compared every breath he takes to the breath a singer takes for a long phrase. It took a while to become accustomed to that change, to appreciate the physicality of the new Pittas.

He spoke to his medical team about the possibility of doing chemo and having a performing career at the same time, and he was gently swayed away from that idea. “If I had known then what I know now about the chemotherapy cocktail and how it ravaged my body and mind, I would never have asked that question!” he states vehemently. Still, a month after treatment, Pittas sang the Verdi Requiem with the Pittsburgh Symphony Orchestra. Still fighting for his life, he was able to face that fight through music.

It was necessary to rest all day to endure the evening performances. Facing that enormous task and completing it successfully was an accomplishment Pittas found enormously helpful in his healing process. “I was probably more emotional during those performances than I’d ever been,” he says. “Such a monumental piece and such a meaningful time in my life!”

In 2016, Pittas was still singing Nemorino a lot while venturing into heavier repertoire. When we first spoke of repertoire, I opined that his then-recent Don Carlo was unlike his other roles. “It’s not like my other roles right now!” he averred. “I think it’s natural for me, at my age, to start taking on some roles that are a little bit rounder, that require a little bit more heft.”

He recalled singing Riccardo in Un ballo in maschera in Toronto and finding success with that role. Critics agreed. Opera Going Toronto stated, “Singing the role of Riccardo, rising tenor star Dimitri Pittas skillfully captures the mix of studied playboy charm and flippancy, boredom and purpose that defines the doomed governor.” It was time to venture into other Verdi roles, he felt, and some of the French repertoire. In 2016, Pittas was happy with these forays (“I think the performances have been successful!”) and planned to continue.

Since then he has performed Nemorino only twice. His current repertoire includes Pinkerton at Washington National Opera and English National Opera, Werther at Florida Grand Opera, and Don José at the Welsh National Opera. He has also sung more Alfredos and Rodolfos than you can shake a stick at.

Conversation about the range of tenor roles led to discussion about casting in the U.S. and in Europe and about perceptions by those doing the casting. Pittas was aware he was seen at the time as only a Nemorino or a Macduff and would have to prove himself with “beefier” tenor roles. Since then, he has acquitted himself admirably as we see by his engagements as Don José, Pinkerton, and Narraboth in Salome. For the record, we did discuss Tamino, which has historically been sung by every kind of tenor you can imagine, but Pittas is not often asked to perform Mozart roles. We discussed Idomeneo and Tito, and he agreed those roles could be perfect for him.

When we spoke of guidance during his recent time of transition, both in his health and in approaching middle age as a tenor, Pittas gave great credit to his long-time teacher, Bill Neill. After his illness, however, he confesses to thinking, “You’re here now. You’re alive. You don’t have to worry about that anymore. Let’s try and fix some things and see if I can teach my new body new ideas.”

He now works with Stephen King in Houston, who is affiliated with the Houston Grand Opera Studio. Pittas praises King’s clear and concise delivery of information and advice and tells of how useful he has found this information in actual performance.

Pittas works with coaches in New York and elsewhere, but his primary coach is often his wife. “She’s been at more of my performances than anybody else, and I trust her judgment,” he says. “She’s brutally honest when needed and complimentary when I need that, too.”

The two have performed many concerts, including an evening of opera and musical theatre with the Charleston Symphony and a cabaret evening as part of the 2019 Piccolo Spoleto Festival. Both were very well received. He speaks in glowing terms about being able to collaborate with his life partner. He finds it much easier than saying, “Hi, I’m Dimitri! Oh, you’re my musical partner. Let’s get this together.”

When he began singing again after his illness, Pittas’ only goals were about living life every day. His views have changed considerably since then. He is now a father to two sons.

We talked about how being a dad has changed him. He speaks of developing a much broader worldview. He finds it much easier to see the big picture and to overlook smaller aggravations. “What does it matter when I have an amazing wife and [beautiful children] at home?” he asks.

He also feels a greater sense of obligation, asking, “What am I leaving behind for my children? What kind of world will they inherit?” He claims that being a dad makes him a much more complete person. Tunnel vision isn’t allowed when you have toddlers.

When we first met, Pittas and Edwards had just moved to Charleston, South Carolina. “We knew we wanted to leave New York,” he says. “We’d spent a lot of time there as young artists. It was important to be there, but as our careers became more established, we realized we didn’t need to be in New York all the time.” With the ease of modern travel, Pittas finds he can easily have a presence in New York without living there.

He and Edwards had visited friends in Charleston and loved the city, the architecture, and the food. Running along the Battery one January morning, they observed dolphins jumping out of the bay. That was a decision-making moment. They went back to Charleston soon afterward and bought a house. Pittas is immensely proud to be able to provide an experience for his children like his own experience on Long Island where he had a large yard for play, a boat, and a close proximity to the sea.

Pittas swears his favorite people in the business are other tenors and he enjoys the opportunity to connect with them. “We don’t really get to see each other very much, unless it’s in some kind of festival setting,” he says.

He also states that there are very few people he doesn’t like. Having interviewed him twice, I can believe he really is that kind and gentle of heart. From both interviews I was left with the impression that much more than a great singer and artist, Pittas is just a really nice guy!

David Browning is a writer and opera lover, some time board member and occasional advisor to some of New York City’s small opera companies, and infrequently a singer himself. He is creator of the opera blog Taminophile (www.taminophile.com). Although he trained for a career in opera, a life as a technology consultant found him.