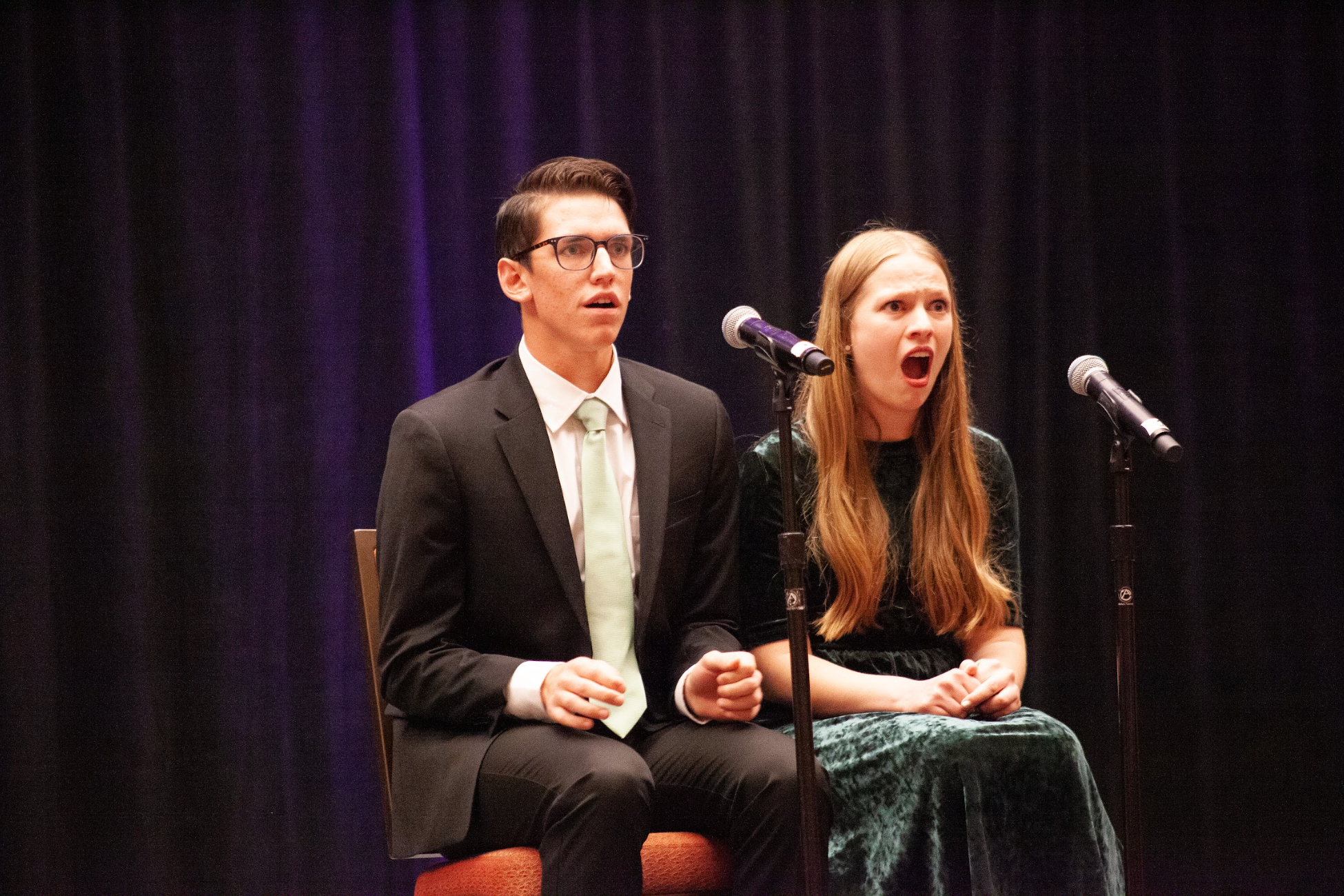 Fear is a natural part of being a performer. In this month’s “Crossover Corner,” we learn how to run toward our fears to discover the new in our art and bring magic to our creative efforts.

Last time in “Crossover Corner,” we focused on joy. I cautioned readers against risking their approach to crossover activities—rep selection, teaching, and programming—without having a clear expectation of joy. Without this awareness, creativity can feel forced and even burdensome.

Around Halloween last year, I began reading Elizabeth Gilbert’s bestseller, Big Magic (Riverhead Books, 2015). I bought it during the height of the lockdown—as I did with so many other books—and promptly put in on my nightstand where it remained, unopened, until recently. Something about all of the Halloween-y talk of things fear inducing and magical inspired me to finally get started on Gilbert’s book on creative living.

Within a few pages, I was hooked on Gilbert’s conversational style and the way she so quickly makes easy reading of such emotionally fraught topics of fear and roadblocks to creativity. And a few pages after that, I realized that she was connecting the dots between my last column and this one—pursuing joy by acknowledging fears and their associated risks and actually allowing room for them in order to begin to pursue the magic of what Gilbert calls “living an amplified life.”

Under the heading of “Scary, scary, scary,” she specifies fears that so many singers have talked about or experienced. Here are a few likely to have major resonance with singers—especially those looking to create new art and opportunities for themselves in crossover land, but who may also have doubts about their crossover abilities. Such as these three from Gilbert’s list (13–14):

Embarrassment, misspent time and money, and fear of ridicule and rejection. These are enough to make anyone think twice about trying something new—even if they’re uniquely prepared to do it (and so many singers are!) and the opportunity is right in front of them or nearby!

To help us get back onto the joy track, I reached out to my friend and frequent collaborator Patrick O’Neill (School of Rock, On A Clear Day, and more). Although not a classical singer, Patrick’s own journey has immediate resonance for our crossover concerns. Patrick made a significant crossover, the result of which impacts a lot of artists—and he of course is one of them. When you visit patrickoneill.me you’ll see him described as Director | Choreographer | Educator. But if you Google him, you’ll learn from other sites that O’Neill’s a performer who’s sung and danced on Broadway—a lot.

O’Neill shared with me his take on when new opportunities show up and are annoyingly accompanied by fear and doubt: “It has taken years to learn this, but if I’m feeling fear or doubt about my work, it really means I’m supposed run toward the idea. Our subconscious is a wonderful tool programmed to keep us alive. Anything that takes us out of this moment where we’re breathing, at ease, and have promise to live to the next moment makes our subconscious very uneasy, so it starts talking to us: ‘You’ll look foolish. You can’t do it.’ It wants us to stay right where we are because it’s safe. When something is making an artist nervous, it means you’re on the verge of something new.”

So how do we get there? How do we travel or, as O’Neill advises, run toward the idea?  On the topic of courage, Gilbert warns and empowers: “If you can’t learn to travel comfortably alongside your fear, then you’ll never be able to go anywhere interesting or do anything interesting” (26).

O’Neill unpacks this with reassurance that we’re not alone on this journey—as a species, we never have been. “Regarding the subconscious [mentioned above], it’s there for a reason. It’s our best friend. It wants us safe. The problem is it hasn’t evolved as quickly as our modern world, so it equates singing in front of people, sharing new writing, or demonstrating a new ballet with the same danger as being chased by a wild animal. We know better, though. So I’ve learned to thank the voice for looking out for me and then do it anyway.” 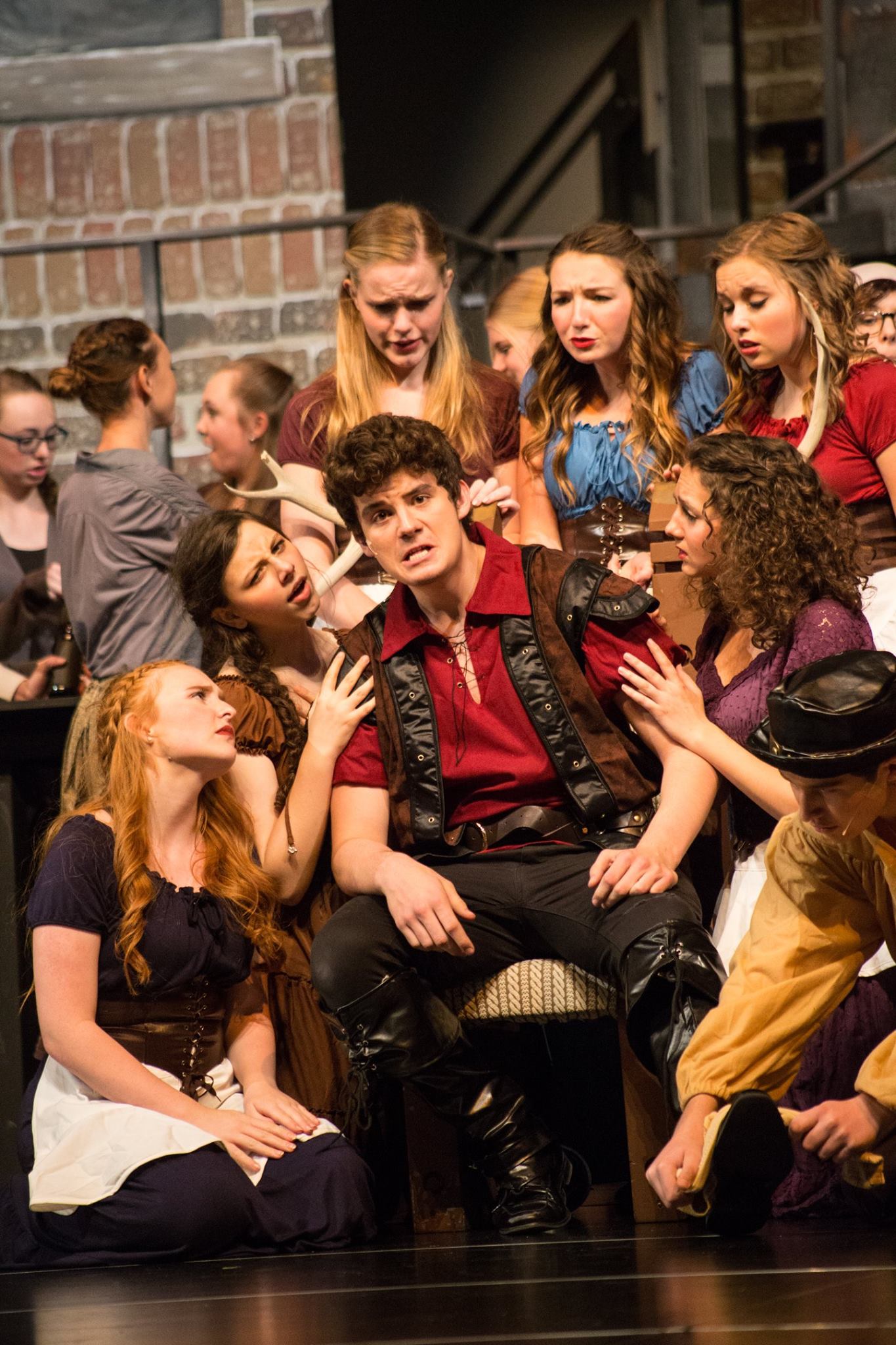 This thankful acknowledgement of the fear that wants to protect us—be it from an actual wild cat or a 16-bar cut from Cats—is common. And out of commonality, we can move forward. This type of acknowledgement clears a path for us, because we know others have done so by not waiting in vain for fear to magically disappear but by saying, “OK, these are my feelings—they’re not facts—they’ll pass—that’s what feelings do.” And the energy we save by avoiding that struggle is preserved and can be repurposed into taking the first steps toward pursuing a new opportunity.

What can this look like? It can be as simple as a classical singer signing up to sing on an open mic night in a jazz club or piano/cabaret bar frequented by musical theater people. The inner voice may strongly caution us, “Everyone in here probably has an MT degree or does this all the time—and you don’t.” Our response may be: “Noted, and thanks for your input. I’ve been singing and training for years, and I’d like to go up and sing a show tune right now instead of the Schumann I ‘should’ be doing. I’m allowed to do both.” 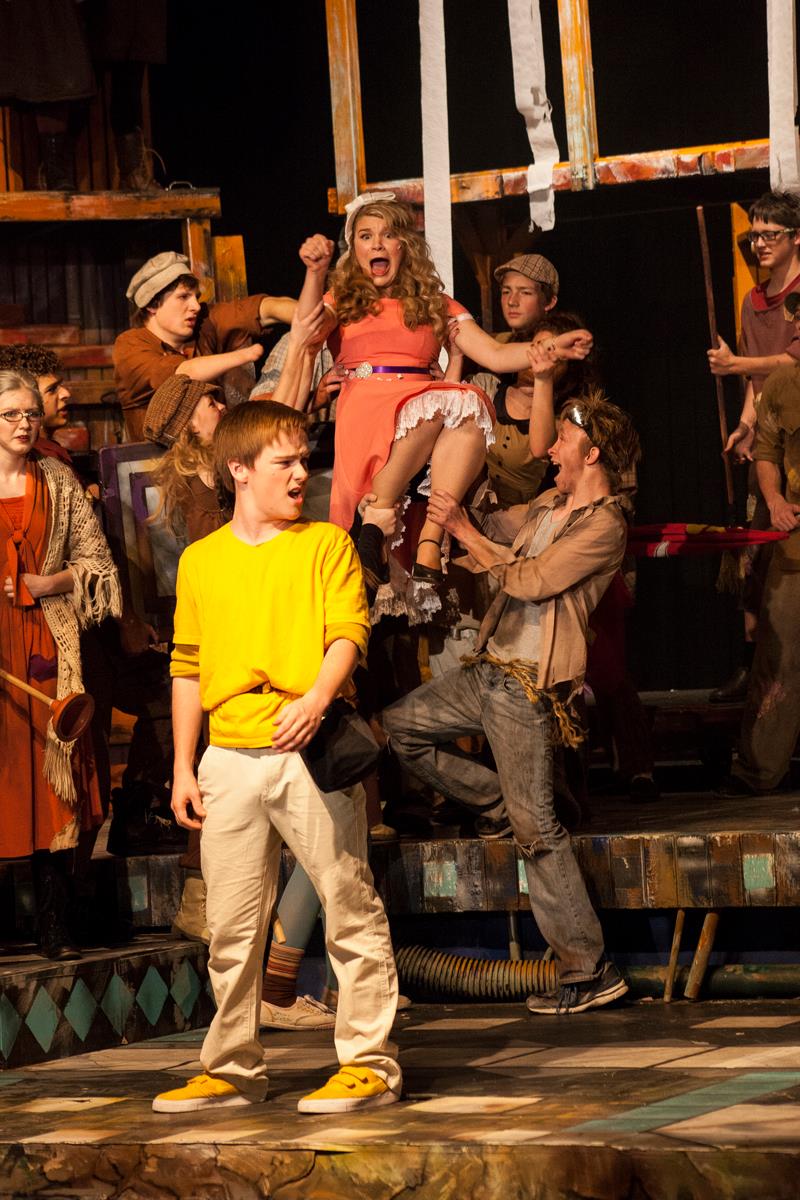 And what might this look like if I’m a voice teacher with more classical curricular objectives? The fearful inner voice may scold: “Your colleagues are going to think you’re not as serious as they are. Your students won’t respect you for your classical chops, and they may think you can’t help them as effectively as a teacher who doesn’t teach MT rep.” Possible and preferable response: “Noted, but I trust my judgement. I want this student to expand her technique through regular stylistic diversification—Despina will help Eliza Doolittle and vice versa.”

Making habit of this inner dialogue results in a method of thought that keeps us moving forward. And this idea isn’t new—in Big Magic, Gilbert credits a previous possibility seeker in the axiom “Argue for your limitations and you get to keep them” (18).

And none of us went to our first voice lesson or dress rehearsal to argue for our limitations. Why would we want to? So go be magical! 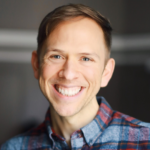 Dr. Peter Thoresen is an award-winning voice teacher, countertenor, and music director. His students appear regularly on Broadway (Almost Famous, Beetlejuice, Dear Evan Hansen, Hamilton, Moulin Rouge! and more), in national tours, and on TV and film. He works internationally as a voice teacher, conductor, and music director in the Middle East and Southeast Asia with the Association of American Voices. He is an adjunct voice faculty member at Pace University and maintains a thriving private studio in New York City; he also serves as music director with Broadway Star Project. Thoresen has served on the voice faculties of Interlochen Summer Arts Camp, Musical Theater College Auditions (MTCA), and Broadway Kids Auditions (BKA) and holds a DM in voice from the IU Jacobs School of Music where he served as a visiting faculty member. He teaches a popular online vocal pedagogy course for new voice teachers and performs throughout the U.S. and abroad. To learn more, visit peterthoresen.com, @peter.thoresen (Insta), and @DrPetesTweets (Twitter).