The critique “You need more grit” can be confusing feedback to singers. Learn more about crossover terms like “grit,” “fry,” and “wail” in this month’s column. 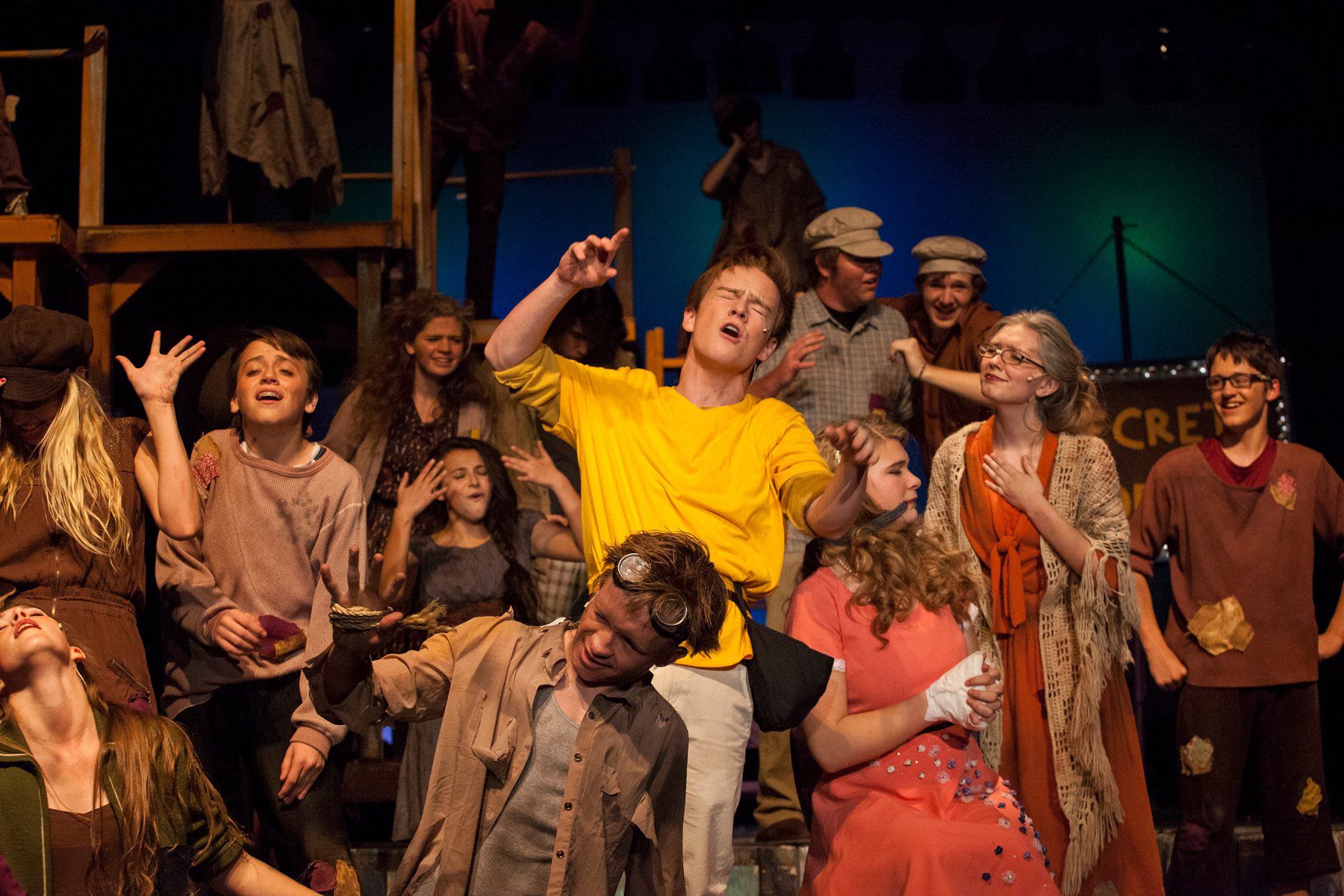 o a classical singer, the idea of something sounding too trained, too pretty, or too clean may not seem like a possibility, and yet is a very real possibility when crossing over into pop- and rock-influenced musical theatre. For example, when singing pop/rock musical theatre, it is important to limit the vibrato to almost none. It may be acceptable to allow the vibrato expression on long held notes at the end of phrases, but that is really all that is allowed if you want to sound genuine in this style.

There are certain sounds or voice functions that have been termed vocal distortion that frequently show up in the contemporary musical theatre repertoire. Some of these sounds or colors may be familiar to classical singers but will be used in new ways, while others may be completely foreign. You should always check with a qualified voice teacher before attempting to make some of these sounds. This article will help you identify the sounds and terminology you may encounter as you cross over into the musical theatre pop and rock styles.

One of the first things you may want to consider is onset. Rather than balanced onsets, these styles invite both hard and soft onsets, also known as glottal and breathy onsets. Classical singers are most familiar with the glottal onset, which is used for diction purposes especially when singing in German and English. In the pop/rock musical theatre style, the glottal is most often used stylistically in wordless rhythmic phrases. You may hear examples of this in “Good Morning Baltimore” from Hairspray, “Hey Boys” in Love’s Labour’s Lost, and “On Monday” by Ryan Scott Oliver.

The use of the soft onset is more difficult to isolate as it is usually used in conjunction with other voice colors like breathy head voice, yodel, and whimpering—which will also be discussed here with more specific examples.

Another common color you will hear at the beginning of words and phrases is the vocal fry. This onset is usually found in folk-influenced pop/rock (also called poetic rock), but also shows up in pop and rock styles as well. Examples of this can be heard in “Whispering” and “Touch Me” from Spring Awakening and “World Burn” from Mean Girls. It can also be used in the offset. You may hear an example of this in “You’ll Be Back” from Hamilton.

Growling is a vocal color choice that shows up in a variety of music styles, and it can even be heard in Golden Age musical theatre. It is another variation of the onset of words and phrases. For examples of its use in Golden Age musical theatre, listen to Faith Prince sing “Adelaide’s Lament” from Guys and Dolls. It is also often used in songs like “You Gotta Get a Gimmick” from Gypsy. Contemporary examples of growl can be heard in “World Burn” from Mean Girls and “The Whole ‘Being Dead’ Thing” from Beetlejuice.

Breathy head voice is most often used in folk or poetic rock. As mentioned before, it is often preceded by a breathy onset or a soft yodel. It should be noted that this color is usually meant to give the voice a fractured sound, meaning that the break is not coordinated and can be heard. The most obvious example of this in a female voice is heard in “When Will My Life Begin?” from Tangled, but it can also be heard in “Dead Mom” from Beetlejuice and “Another Life” from The Bridges of Madison County. Examples of male voices using breathy head voice can be heard in “Left Behind” and “All That’s Known” from Spring Awakening and “There’s a World” from Next to Normal.

The yodel shows up not only in poetic rock but also in country- and bluegrass-influenced musical theatre. The yodel can be heard mid-word or mid-phrase and at the offset. It can be used both ascending and descending the scale and is also used to purposefully fracture the registration of the voice. You can hear the yodel in female voices in “Popular” from Wicked, “Before It’s Over” from Dogfight, and “If You Knew My Story” from Bright Star.

Male singers don’t use the yodel as often, but it can be heard in “Whoa, Mama” from Bright Star. Male singers often use the cry, which is very similar to the yodel.

The cry, also known as the whimper, shows up all the time in a wide variety of styles in musical theatre, jazz, pop, and rock. The cry is generally used when belting and aids in crossing the passaggio both ascending and descending. It is usually preceded by a soft onset or an extra “H” sound. It may also sound a bit like a faster yodel but, stylistically, is used very differently than the yodel. You can hear the cry at the end of “Defying Gravity” from Wicked and also in “It All Fades Away” from The Bridges of Madison County.

The vocal color that singers are probably most concerned about is the rasp or grit. This too can also be done safely, however, and there are voice teachers out there who can guide you in learning to sing in this way. This voice color is different than the others that have been discussed in that it generally stays in the voice throughout the song or sections of the song and is not limited to the onset.

It sounds very similar to the growl—which is often used in and labeled as gritty singing—but remember that the growl is used at onsets and grit or rasp is more sustained. It is most often found in hard rock and metal styles but can also be associated with certain artists and becomes their recognizing feature. For example, those who remember Michael Bolton will know that he was not a heavy metal or hard rock singer but definitely had some grit in his sound. You will hear examples of raspy singing in the character of Beetlejuice from Beetlejuice, in Adam Pascal’s “One Song Glory” from Rent, and in “Good for You” from Dear Evan Hansen.

The scream and the wail are very similar with the main distinction being that the scream has rasp in it. A wail can be found in jazz as well as pop and rock. It is a high belt sound that would be considered a clean sound or clean voice function. A wail usually lacks lyrics and is a sung cry or exclamation like “Ya!” It can be heard in something like “Dead Girl Walking” from Heathers: The Musical.

The scream is very similar to this sung cry but has rasp in it. An example of scream can be found in “Gethsemane” from Jesus Christ Superstar. The wail is stylistically closer to jazz, and the scream is closer to rock and metal styles. Both examples could arguably be labeled as wail or scream depending on the artist performing these numbers and the listener attaching the label.

Melissa Cross, the voice teacher of heavy metal artists like Slipknot and Andrew W.K., says that scream and grit can also be useful in other careers. Examples include voice-over artists, brokers working on the stock market floor, and kindergarten teachers. So, again, no need to fear these voice colors. You can find a teacher who can help you make these sounds easily and sustainably.

It is important to remember that all sounds in musical theatre are emotionally motivated. The sounds described above are used to express intense feelings. As you explore making these sounds, incorporate your acting techniques as well. You will find these sounds much easier to make, and using them will make much more sense, if you connect them to the emotions of the character and the music.