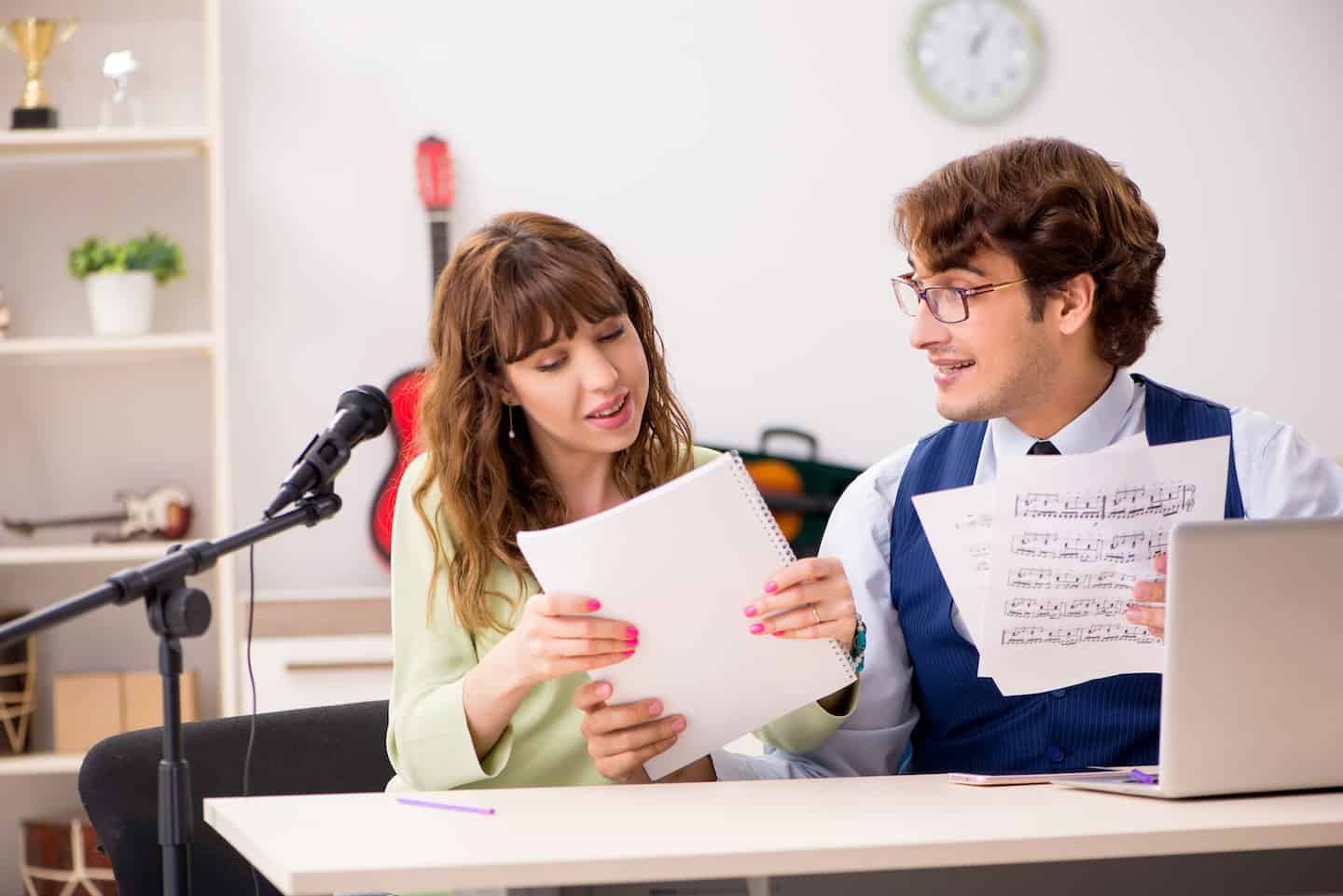 Although this eliminates the reference to measures or bars, they are often still called 32-bar and 16-bar cuts. They may also be referred to as long and short cuts. But whether long or short, they are cuts nonetheless, and it can be difficult to find those 90 seconds or less that really show who you are and what you can do. Here are some ideas to help get you started.ou finally found the perfect audition song and now you must cut it down to either 32 or 16 bars. How does one exhibit great storytelling or singing skills in such a short amount of time? The good news is that in recent years the meaning of a 32- or 16-bar cut has changed, which gives those auditioning a little more freedom. Generally, there is now an understanding that a 32-bar cut is under 90 seconds and a 16-bar cut is under a minute.

While this cut may show that you can sing the highest notes and act the most impassioned part of the song, it doesn’t allow the auditioners to see your different colors both as a person and as a singer—and it can also be jarring to the auditioners if you begin your cut right at the climax of the song. The elements of good storytelling include background, rising action, climax, and the denouement. In 90 seconds or less it may not be possible to include all these elements of storytelling, but you can include some rising action, a climax, and some kind of ending. It will be much more effective to start with something more subdued or subtle and then build to the climax. This way, the auditioners don’t feel like all you did was scream at them and they will see that you have different dynamics and colors.

Most musical theatre songs have a similar format: first verse, second verse, bridge, third verse, and maybe a fourth verse or coda. Generally, the first verse may be a parallel to the background information of storytelling.

But since songs are often moments of emotional expression rather than actual plot events, we can also say that the first verse is the moment of discovery. The character is just realizing that they have some emotion that they need to express—a moment of “What is happening?” and “What am I feeling?” The song begins quietly and introspectively.

The second verse is where the storytelling begins to intensify—the beginning of the rising action. The character is usually getting more confident that they know what they are feeling and what they are going to say about it.

The bridge is where the rising action really picks up, the character becomes more impassioned, and the bridge leads us into the climax as the third verse begins.

If there is a fourth verse or a coda, it often takes the arc of the story back down and provides us with a denouement.

So, from a storytelling perspective, often a great 90-second cut includes the first or second verse (depending on which lyrics you prefer), the bridge, and the third verse. For a 60-second cut you may only be able to include the bridge and the third verse, but you may want to reinterpret this cut to start out quieter and less impassioned so that you make the same kind of emotional journey but it happens faster and in less time. Then you still are able to show several different colors of your singing and acting.

You should always check the lyrics to make sure that the cuts you are making still tell a clear story and each section feels like it leads into the next. Also, know that the verse-bridge-verse formula is not the only option. You should tell the story the way that you want to tell it, and there may be other ways of sewing together the different sections of the song. The important things to include are a storytelling arc, a variety of vocal and emotional colors, and the climax of the song, which is also usually the most virtuosic part of the song.

Now let’s look at cutting a song from the music perspective. Sewing together the lyrics is simple enough, but you must make sure that your cuts also follow good musicianship and composition elements. You may need to have a pianist help you with this part of the cutting process. You need to make sure that, like the lyrics, each section harmonically leads into the next.

Watch out for key changes. The bridge often becomes more harmonically complex exploring different harmonies and, therefore, adding accidentals or changing the key without a noted key change in the music. This helps to build the tension and create the rising action of the story. Often the bridge leads to a key change, so it is important to make sure you know where the key changes happen and that you are not jumping to a key change without using the measures right before that harmonically prepare for the key change.

If the storytelling arc you have chosen is a little awkward harmonically, do not despair—it is possible to have a pianist or arranger help you rearrange some of the chords so that the music better supports your storytelling. But this should be used sparingly and only on a measure or two. You don’t want it to sound like a new song or an arrangement of the song. Also, you should mark these changes very clearly so that they can be easily understood by any accompanist—both by those who may not know the song and by those who do and may be surprised by the change. It is always a good idea to have an accompanist play through your cuts before you get to an audition to make sure that the way you have marked your cuts in the music is clear.

The time you have in the audition room is brief, but you can still show that you are a skilled storyteller and singer. Take some time to thoughtfully create audition cuts that will have a storytelling arc and show the different facets of your personality and skill set.