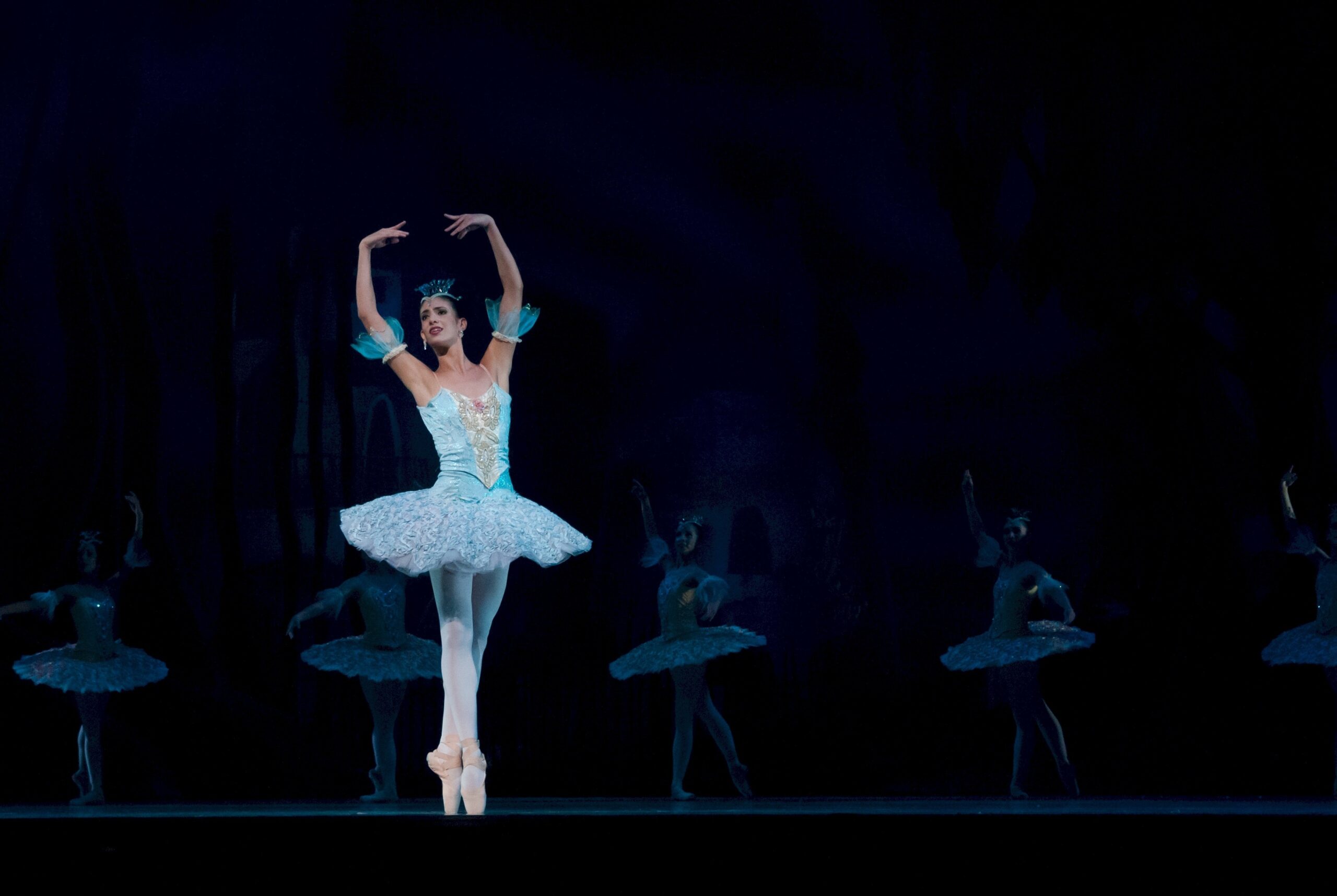 As performing artists, we can learn so much from seeing artistic genres outside of our own area of focus. Learn more about how to integrate your artistic experiences as a viewer into your practice and performance routines.

My coffee table has three large stacks of Playbill programs on it. These particular stacks started growing midwinter and they make me smile. The programs will eventually go into binders, but I like seeing the stacks threaten to topple over. I feel spoiled—spoiled and fortunate to experience so much theater in NYC, especially after the shutdown. My theater going has become a bit compulsive—I enter lotteries on a daily basis and just about always say yes to comp tickets—no matter what they’re for.

Once the theaters reopened in earnest, I began taking better advantage of the musical offerings that had previously been on my “should list”—Lieder recitals, smaller chamber music happenings, and plays without singing. I made a commitment to myself to broaden my experiences more regularly and to go to things that I lamented being away from during the first year of the shutdown.

And while the bulk of my theater going is still largely composed of trips to the opera, Broadway musicals, and performances to see and hear my students in shows on campus and elsewhere, I’ve been going to improv shows, acting showcases, and—most recently—the ballet. For the last few weeks, I’ve had this lyric from A Chorus Line on loop in my head: “Everything is beautiful at the ballet.” And it is. The Metropolitan Opera’s rush ticket offerings afforded me numerous trips to the Met last season, and once their season concluded, I was genuinely saddened to be away from the opera house until I learned that ABT, American Ballet Theater (which sets up shop in The Metropolitan Opera House during the summer), offers a similar ticket deal in June and July.

After a few clicks and an affordable charge, I found myself fourth row center at an epic ballet, Of Love and Rage, with choreography by Alexei Ratmansky, set to music by Aram Khachaturian. I hadn’t been to the ballet in years, and even though I was back in the Met’s opulent and familiar surroundings, I felt like a bit of a visitor as I took my Playbill selfie in front on the iconic gold curtain. The ballet crowd is different from what I’m used to there, and aside from the composer’s famous ‘Saber Dance,’ I had zero expectation for catchy tunes or anticipation of hearing a favorite aria or two. The evening was a blank slate for me, and I was excited.

My senses became differently engaged and I found myself listening for the artful “thunk” of toe shoes and aware of the sonic result of beaded costumes as they changed shape through leaps and landings. My close proximity to the stage also afforded me a consistent view of the athleticism necessary to sustain the performance. Of course, the dancing was graceful and lyrical, but it was also full of heavy lifting and extreme feats of balance. I kept whispering to myself, “This is so beautiful.” Every bit of it.

So beautiful, so what?! Why is he going into such detail about the ballet in “Crossover Corner”?

For me, I find that there’s always a ripple effect after new experiences, hopefully in the form of some new exercises or adjusted concepts for my studio. And immediately after Of Love and Rage, my wheels started turning as I passed beneath the Met’s Sputnik lobby chandeliers and made my way toward the fountain in the center of the plaza that warm June night: How can this experience and my differently engaged senses inform my teaching this week? What is important and what is possible to transmit to others? What did I learn about myself?

Starting with that last question, I learned that I loved watching a full-length ballet—not just a divertissement or an event in passing between arias or sung scenes. And I was reminded that it’s refreshing (and a bit of a relief) to be lacking in critical vocabulary every now and again. Turning off the diction and intonation police in my head provided more room for discovery—and a better opportunity to live in the moment without comparison to a past performance or recording.

By living in the moment—in those successive moments—from waltz to adagio, from lift to leap, my focus became trained on the dancers as collaborators, so frequently physically dependent on one another. The stakes don’t get that much higher than when the risks involve dropping someone or kicking another dancer in the face! And yet we can feel like any experience performing is high  stakes, even when the risk of being kicked or dropped is at a minimum. 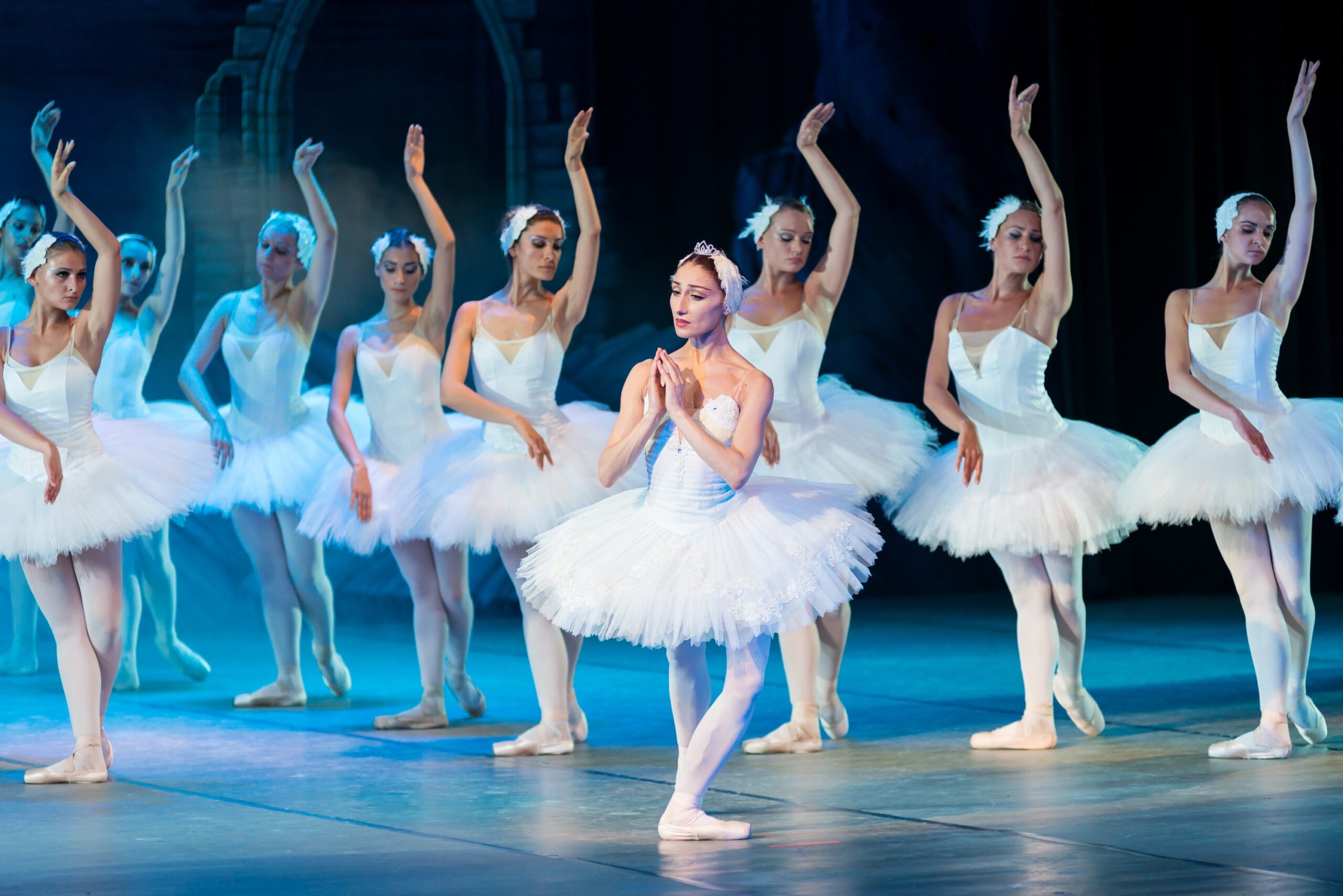 In a genuine crossover situation—one in which we’re performing outside of the scope of our initial training or experience—the pull to find the familiar is strong. Taking time in rehearsal and performance to really acknowledge and understand what the people we’re performing with are actually doing and experiencing is a powerful tool. For me, this is a modification of the ‘Where are my feet?’ technique. When I catch myself obsessing over something, living in the ruins of the future, or simply planning too far out in advance, I’ll ask myself, “Where are my feet?” The practical answer—which is usually, “On the floor in my studio, near the piano pedals”—brings my awareness swiftly to the immediate task and out of worry or anxiety about things that likely won’t happen. I advise my students to ask themselves this same question when they begin to disconnect from their breath or their expressivity seems compromised.

Modifying this tool in order to consider our closest collaborators can go a long way in defusing our own anxieties. Where are their feet? Not so long ago, I was singing some Cole Porter songs with a small group (voice, cello, viola, and saxophone), after each of us had performed standard classical repertoire. In that moment, I was self-conscious, and my mind was spinning a story of why the audience wouldn’t like this, or like me. I was whipping up the stakes as high as they could go to the tune of

I desperately needed to “get out of myself” in order to feel some relief and hope to connect with the audience. As I steadied myself, I looked at Derek the saxophonist and, although I didn’t ask the question, “Where are Derek’s feet?” I did, however, focus on what he was doing. I centered myself by acknowledging that his riffs and phrasing were functioning as a drumkit for our little group. I returned to the moment by removing myself as the central figure of the group. We were in this together, and I felt sweet, syncopated relief.

As singers, the primary tools of mindfulness are constantly at our disposal—breathing, counting, and concepts of imagery. Yet it is so easy for many of us to get in our heads and out of the moment we’ve been preparing for. And when we’re outside of our comfort zone—be it in a musical versus an opera or auditioning with a Jason Robert Brown song versus a Fauré mélodie—our personal stakes can reach a fever pitch, and that’s when these grounding tools are their most useful.

So the next time you find that your crossover opportunity is producing anxiety, take a breath and ask yourself where your feet are, and—when the situation warrants it—ask the same about your collaborators’ feet, be they in toe shoes or Doc Martens. Everything is beautiful at the ballet. 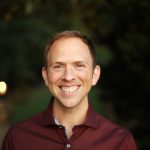