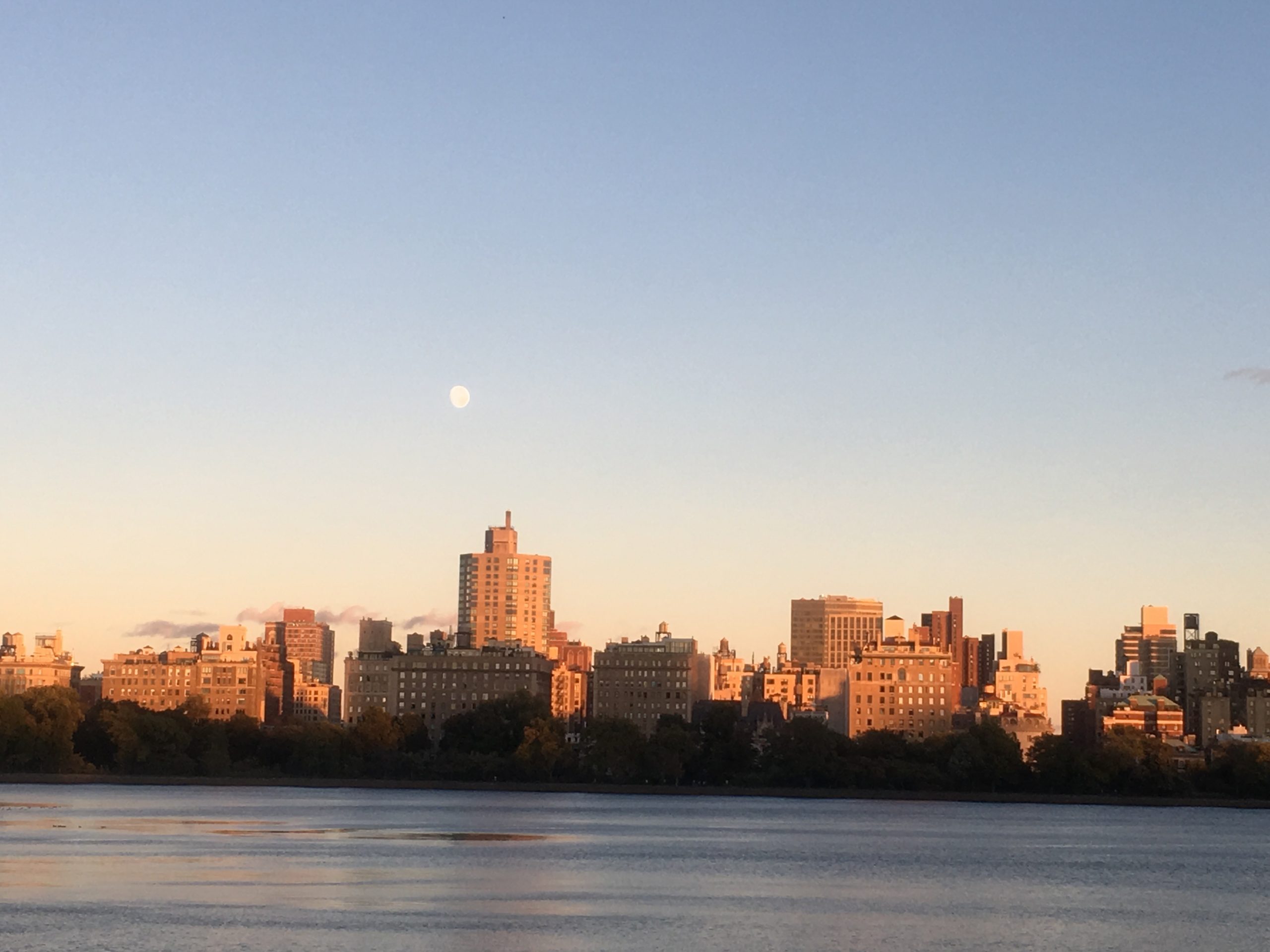 Since New York adopted “shelter-in-place,” I’ve been staying with my parents where I grew up in Florida. I left for college at 18, then went straight to grad school in New York, where I’ve lived ever since. So this is my first time living at home since the summer after high school.

To call this period eye-opening would be a grave understatement. It’s the first time I’ve spent more than a few days with high school friends since we all took the first step into adulthood. Most have remained in Florida, while I’ve been in New York auditioning, performing, teaching. When not in the city, I’ve been traveling and performing internationally.

This prolonged visit would have triggered profound reflection under any circumstances. But the quarantine happened to coincide with a milestone birthday: my 40th. EEK

We all know that no good can come of comparing ourselves and our lives to others, but it’s almost impossible not to when you’re spending your 40th away from the life you’ve worked so hard to create for yourself. Add to this the glaring disparity between my life and that of my cohorts.

My 40-year-old friends in Florida have LIFE things: children, houses, businesses, stable jobs, 401ks. I have none of these things; I’m a working artist, but not a “star.”

The thing is, in New York City, none of this matters. Or it doesn’t matter much. Even successful Broadway actors my age are renters, unless they also do TV or film, inherited money, or married someone in finance, Biglaw, or tech.

When Pretty Woman opened on Broadway, Buzzfeed asked the principals what they’d buy if they suddenly came into a lot of money. The show’s Tony-winning star, Andy Karl (who is also married to a Broadway actress, Orfeh) answered: “Buy a two-bedroom apartment.”

A two-bedroom apartment? This is the big dream of a Broadway power couple? Only in New York.

A good-sized one-bedroom in a doorman elevator building in the prime part of the Upper West Side might start at $550,000. And by good-sized, I mean 750 square feet. So Karl’s fantasy would be an apartment that lists for $750,000.

Then there’s all the stuff that goes along with home ownership: dogs over 15 pounds, cars, pool, garage. I’m not close to having any of those things.

I’ve been living paycheck to paycheck, living my best New York City life: going to theater, taking classes, and paying my ridiculously high New York rent. In most American states, my rent is a mortgage on a two-story, four bedroom house in a decent school district.

I do live in a luxury building off Central Park in the upper part of the Upper West Side, but it’s taken me 16 years to earn enough to cover rent on a place like this.  (Fun fact: New York State tax is 13%. Florida, of course, has no state tax.)  I was thirty-six years old before I moved into a “nice” building. Before that, I lived in walk-ups without a washer-dryer in the building or adequate air conditioning. And I lived in these apartments with roommates. I couldn’t even afford my own walk-up in my late 20s.

Meanwhile, my childhood friends live in comparative mansions, some of them on or near the water, with a Mercedes or a Lexus in the driveway. My husband, born in the USSR, just got his first driver’s license, in his late 40s. Living in New York, he never needed one.

I’m not going to sugarcoat this: it hasn’t been easy. And turning 40 didn’t help. I’ve been fighting my inner critic, which tells me I’m not enough, and asking myself: “What have I done for the last 20 years? What do I have to show for it?”

My friends in Florida can answer those questions in concrete ways: “I’m the Vice President of a capital investment or private equity firm,” “I have two beautiful children and 4000 square foot house, plus a membership at the local country club,” or “I have two purebred Labradors, a closet full of designer clothes, and my husband and I travel extensively.”

Had I been in New York, the inner voices would be quieter. Staying with my parents on my 40th birthday has only intensified my propensity to compare my life to others.

To reconnect with myself, I turned to my journal. After several pages of venting, I wrote a list entitled: “Things I’m So Glad I Did.” The contents surprised me:

*Lived my life full out.

*Went to every audition I could

*Put myself out there again and again.

*Wrote and performed in three of my own shows, overcoming my fear each and every time.

*Followed my deepest desires (including living on Central Park in a high-rise building).

*Spent hours collaborating, singing, and performing with other musicians and actors.

*Went out on the town in fabulous dresses and shoes.

*Had countless happy hours and dinners in great venues (and rooftops).

*Saw as much opera and live theater (on and off-Broadway) as I could afford.

*Traveled the world many times over (80+ countries)>

*Made friends around the world.

*Was rejected countless times and kept on going. 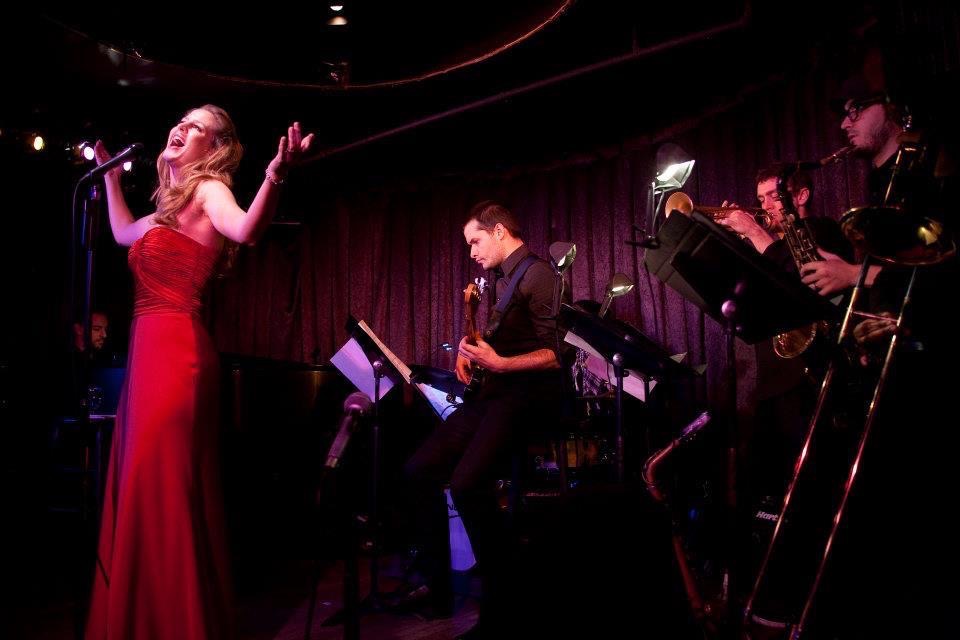 I did these things. They aren’t little things. They aren’t easy things. I have two or three lifetimes of memories and I’m only 40. No one can take these away from me. They’re mine, both in the sense that they happened to me and that I created them. These are my successes.

We all have our own paths. I chose mine so long ago, I don’t even remember making the decision consciously. For me, other paths were simply not options. That doesn’t mean I don’t experience sadness, at times, or feel envious of all the material stuff or tangible success they’ve acquired. And I am certainly not entirely without regret.

But if I’d chosen another, safer path, I would have spent my entire life wondering if I had what it took to make it as an artist in New York. The pain of not trying and going for it 100% would have been a heavier burden than any sadness or jealousy that crops up now and again.

I still struggle, here and elsewhere, to define “making it.” But for today, I’m going to say, yes, I’m making it as an artist in New York City. I still want more—in every sense. But I have been a working New York artist for most of my adult life. It’s messy and beautiful and hard.

In A League Of Their Own, Geena Davis tells Tom Hanks that she quit baseball because it “got too hard.” Furious with her choice, Hanks shoots back: “Of course it’s hard. If it weren’t hard everyone would do it. The HARD is what makes it great.”

That said, the time away from my life in New York has also made me realize that my choice is not set in stone.I can always make a new decision. And it’s worth noting that I have this freedom because I chose the path I did. Changing, or even modifying, course is nearly impossible when you have a mortgage, children, and a stable job.

These days, everyone seems to be speaking of “pivoting,” even those with more traditional paths.

Artists, whether they’ve studied dance or not, have been pivoting their whole lives. As an artist, you either learn to be flexible or you fall apart. Dealing with uncertainty is part of the gig (especially when there are no gigs!).

At this moment, I’m not sure where I’m headed. Maybe I will spend some time pursuing that “life stuff” (a house, a car, a family). I might move to Florida. Or Montana. Or not.

But whatever I decide, it will not invalidate or erase the twenty or so years I’ve been reaching for the stars. I refuse to judge myself for the choices I’ve made and second-guess the path I “chose” (since it was the only real option for me, I’m not even sure you can call it a deliberate, volitional act).

I will continue to evolve, grow, and learn. 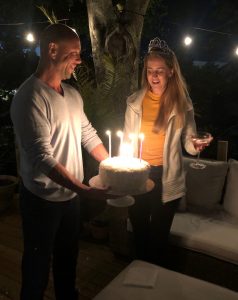 Happy 40th to me! And to all of you dear singers, celebrate where you are now. I look forward to evolving together. 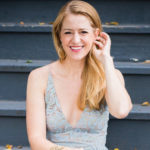