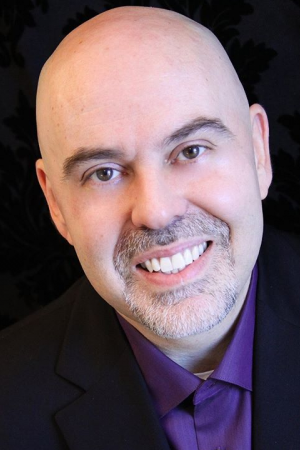 PAULO FAUSTINI has been inspiring singers and students of the vocal art for over 30 years. Many of his students have been accepted into major music schools in the United States such as The Juilliard School, Eastman School of Music, New England Conservatory of Music, and Westminster Choir College. He is a member of the National Association of Teachers of Singing (NATS) and the Rhode Island Chapter, RINATS. In addition to his voice studio in Providence, he has held a voice studio for over 25 years in Philadelphia, positions of voice faculty and vocal artist in residence at the Hotchkiss Summer Portals Vocal Chamber Music Program in Lakeville, CT, voice instructor at Westminster Choir College, artist faculty of voice at the Westminster Conservatory of Music in Princeton, New Jersey, and voice instructor at Haverford College, in Haverford, PA. As a Brazilian Portuguese diction specialist he has coached talented singers at The Curtis Institute of Music, Festival dei Due Mondi in Spoleto, Italy, Westminster Choir College, and at The New York Festival of Song (NYFOS). He has taught vocal & choral master classes for sacred music workshops in São Paulo, Brazil, has been an invited judge for the Westminster Vocal Scholarship Competition at Westminster Choir College, worked with the choirs of the province of Soria, Spain, as well as online workshops for several ensembles, including The New York Choral Society and The Providence Singers. Paulo Faustini holds a Master of Music in Vocal Performance and Pedagogy, with distinction, and a Bachelor of Music in Church Music and Voice from Westminster Choir College. Paulo is grateful for being deeply inspired by his vocal and choral mentors during undergraduate and graduate studies under Marvin Keenze, Laura Brooks Rice, Lindsey Christiansen, Joseph Flummerfelt, Frauke Haasemann, Glenn Parker, Dalton Baldwin, and in recent years with David Jones.

PAULO FAUSTINI is also founder and artistic director of SERENADES Choral Travel, a unique 12-day, summer choral and cultural program for both amateur and professional ensemble singers alike, first based in Umbria, Italy, from 2006 through 2016, in the Castile & León region of Spain in 2017 and 2018, and in Noto, Sicily in 2019, returning to Sicily in June of 2022. His program has taken many singers to perform in many awe-inspiring Italian and Spanish cathedrals, churches, museums, and unique venues such as the Duomo and UNESCO World Heritage Site of San Salvatore in SPOLETO, the Basilica of St. Francis in ASSISI, the cathedral in ORVIETO, many Spanish cathedrals in SORIA, in the Castile & León region of Spain, as well as in the Baroque area of Southeastern SICILY.