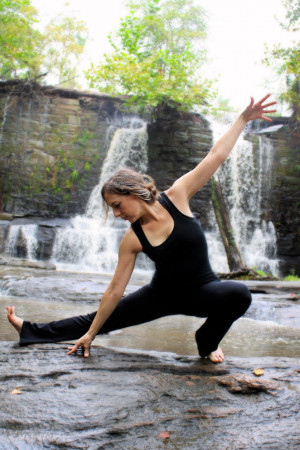 Michelle Murphy DeBruyn is an artist teacher dedicated to the highest level of musical performance and the encouragement of young vocalists. She promotes healthy singing based upon the physiological function of the voice and cultivates expressive singing in her students. Currently employed at Columbus State University, Dr. DeBruyn teaches Studio Voice, Vocal Pedagogy, Yoga for Performers, and Professional Materials for Vocal Performers, a course she created to prepare vocal performance majors for auditions beyond their undergraduate degree.

Although at home in all major musical styles, Ms. DeBruyn has been praised for her interpretation of 20th and 21st Century English art song. An active recitalist, she is currently in demand as a collaborator in small ensembles of contemporary work. In the past few years she has premiered new works by James Ogburn, including a monodrama opera Eddie’s Stone Song: Odyssey of the First Pasaquoyan, and presented works by Donnacha Dennehy, Missy Mazzoli, Aleks Sternfeld-Dunn, Ricardo Muldoon-Zohn, Federico Garcia-De Castro, Ingrid Stölzel, Andy Akiho, George Crumb, and Angela Schwickert. Additionally, Ms. Deburyn has toured Taiwan twice in recital. In May of 2006, she sang a program devoted to modern women composers of English art song. In May of 2008, a return to five cities in Taiwan, including the National Recital Hall in Taipei, consisted of Lieder of Robert and Clara Schumann, not often heard in Taiwan. DeBruyn was a semi-finalist in the NATS Artist Award competition in 2006 and winner of the Georgia NATSAA in 2008. The recipient of the NATS Emerging Leaders Award in 2010, she has fulfilled the promise indicated with that award as serving as the Georgia NATS Chapter President for 2017-18.

As a pedagogue, Dr. DeBruyn has special interests in wellness for musicians including yoga and meditation, registration, singing in the genre of Contemporary Commercial Music, and the convergence of technique between singers and wind instrumentalists. She has authored a chapter on “Meditation” in So You Think You Want to Sing with Awareness, published in February of 2020. Student success at the Schwob School of Music includes several students winning their division in Georgia NATS student auditions, several winners at the Southeastern NATS student auditions, and students participating in the NATS National Student Auditions. Her students have also placed at the Regional level in MTNA competitions at both the senior and young artist divisions. Past students have been accepted to study at major institutions at the undergraduate and graduate level, including the Eastman School of Music, Indiana University, Southern Methodist University, Manhattan School of Music, University of North Carolina at Greensboro, Westminster Choir College, and Syracuse University (Musical Theater). Past Students have sung with New York City Opera and the Metropolitan Opera companies. Students of Dr. DeBruyn have also attended study abroad programs in language study and vocal performance. Awards for teaching include the College of the Arts Regents Teaching Award in 2016, a Faculty Writing Fellowship in 2013-14, the 2013 College of the Arts Teaching Award, , and a nomination for the Columbus State University’s Educator of the Year Award in 2010.

Having completed her undergraduate degree in Music Education with piano as a primary instrument, Dr. DeBruyn's experiences as a professional musician are quite varied. Although her experience in Musical Theater spans title roles, accompanist, music director, and conductor, her preference as of late is music direction. She has served as music director for several Columbus State University main stage theatre productions, winning a nomination from the Kennedy Center American College Theater Festival for her work on Caroline, or Change. Dr. DeBruyn also has experience working with both elementary and secondary students in public schools and has a permanent teaching certification in New York State.

In 2017 Dr. DeBruyn completed her Advanced Yoga Teaching Certification and is teaching yoga classes and workshops targeting the special needs of musicians and performers. Her own experience as a young pianist and violinist, her research into playing techniques for wind instrumentalists, as well as her experience on stage allows her yoga classes to serve singers, instrumentalists, and theater students.

Dr. DeBruyn completed both a Masters of Music (2002) and Doctorate of Musical Arts (2005) in Vocal Performance and Literature from the Eastman School of Music. She has studied voice with Beverly Hay and Robert McIver, vocal pedagogy with William McIver, and has coached with Russell Miller, Benton Hess, and Sylvie Beaudette. Post-doctoral study includes certification in Somatic VoiceworkTM The LoVetri Method, Levels I, II, and III as well as participation in the McClosky Institute of Voice summer workshop and Masters of Singing at the Westminster Choir College. Yoga teacher training at the 200 hour level and the advanced 300 hour level were completed at Peachtree Yoga Center in Atlanta under the tutelage of Graham Fowler and Elizabeth Nix Smith.

Dr. DeBruyn has previously been on the faculty of Buffalo State College and Nazareth College Community Music Program. She is a member of Mu Phi Epsilon, Phi Kappa Alpha, NATS, GMEA (Georgia Chapter of NAfME), and MTNA. She has served as Secretary, Auditions Chair (Registrar), President, and Past-President for Georgia State NATS chapter, and the Repertoire Consultant for the Southeastern Regional NATS chapter.