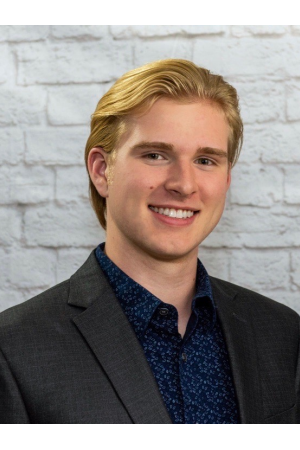 Andrew Kapsar is a classically trained Baritone, currently studying at the Florida State University College of Music, where he is pursuing his undergraduate degree in vocal performance under the tutelage of internationally acclaimed tenor, Jeffrey Springer. Andrew began his vocal and piano training at the age of fourteen with the Marcia P. Hoffman School of the Arts, where he studied under Constantine Grame: graduate of the Royal School of Music in London and director of New Century Opera.

More recently, Andrew has performed in the choruses of many full-scale opera productions at FSU, including Floyd's Of Mice and Men, Marschner's Der Vampyr, and Berlioz's Béatrice et Bénédict. In January 2019, he performed in the chorus of Teatro Lirico D'Europa's traveling production of Puccini's Tosca. Additionally, Andrew has also gained experience in the world of Operetta, as he portrayed the role of Bunthorne in Gilbert and Sullivan's Patience with the FSU Opera Outreach Program, as well as the role of David in Samuel Barber's A Hand of Bridge.

In March 2019, Andrew was an awarded finalist in the 2019 Southeastern Regional National Association of Teachers of Singing Competition.

Andrew has been teaching voice and piano lessons since 2018, and caters to a variety of styles including classical, jazz, and musical theater techniques for both instruments.