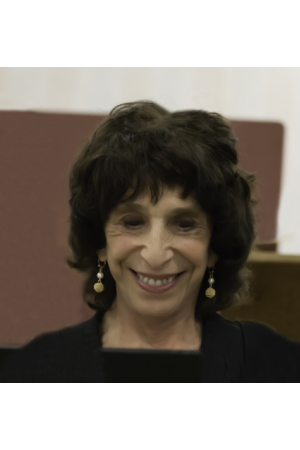 Mezzo-soprano, Isabelle Ganz holds a D.M.A. in Voice and Music Literature from the Eastman School of Music, a student of the late Jan De Gaetani. She was awarded a Fulbright Grant to Jerusalem and there taught voice, vocal chamber music, 20th century composers and Sephardic song at the Rubin Academy of Music and Dance. Dr. Ganz is also the recipient of a Solo Recitalist grant from the National Endowment for the Arts to perform recitals and conduct master classes in colleges and conservatories throughout the U.S. She has brought her "playshops" in vocal improvisation to singers in France, the Netherlands, Mexico, Israel and many U.S. cities. She has performed as vocal soloist with orchestras such as the Brooklyn Philharmonic, the Seattle Symphony, the Slovak Radio Orchestra of Bratislava and the Houston Ballet Orchestra. She has recorded over 30 CDs and premiered many works such as "Ryoanji for Voice and Percussion" by John Cage.

Among her most prominent vocal students are Nathaniel Peake, 2010 Metropolitan Opera National Council Auditions' winner; Barbara Padilla, second place winner in the televised program "America's Got Talent", and numerous high school students who later received degrees from the Juilliard School of Music, the Eastman School of Music and went on to professional careers. Many of her students are talented high school "beginners", who are among her favorites to teach.