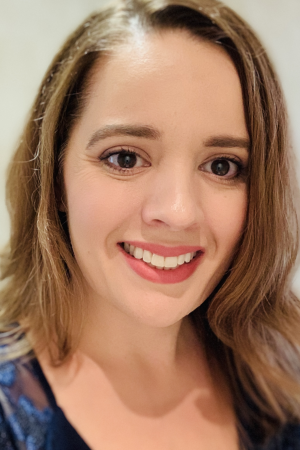 In concert Nicole has premiered works such as Dos Idilios written for her by Venezuelan composer/pianist Abi Romero Ramirez. In 2014 she became a founding member of the Bay Area Opera Collaborative. BayOp received the Second Stages grant from Dragon Theatre in Redwood City and staged their first production in 2015. She is a champion of new operatic works, and enjoys performing in productions that make classical music accessible to young and first time audience members. In 2016 she began teaching private music lessons for Valley Christian Conservatory. Nicole also maintains a private voice studio in San Jose.

Nicole holds a Master’s degree in Voice Performance from San Jose State University where she was awarded as the Most Outstanding Graduate Student. She is available as a soloist and recording artist for music and voice-over projects.