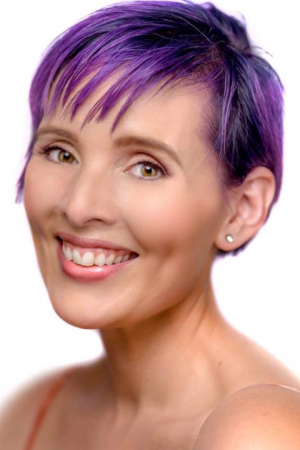 Abby Powell was born in Ohio in 1980 and studied voice at The Juilliard School of Music in New York. While there she was awarded the Rise Stevens Award, the G. & M. Grunin Prize, and the Loretta Lewis Award in Voice, among others. She has sung under the batons of James Conlon, Julius Rudel, Harry Bickett, Steven Osgood, and Miguel Harth-Bedoya, Neal Goren and Richard Bado, to name a few. Her operatic roles have included Juno (John Eccles' Semele), both Dido and The Sorceress (Purcell's Dido and Aeneas), Mêre Marie (Poulenc's Dialogues des Carmelites), Lyubasha (Rimsky-Korsakoff's The Tsar's Bride), Marcellina (Mozart's Le Nozze di Figaro), Charlotte (Werther's Massenet), Brangaene (Wagner’s Tristan und Isolde), the title role in Bizet’s Carmen and many others.

Abby Powell has been teaching for 20 years, hand in hand with her operatic career. She has followed The Naked Voice technique of W. Stephen Smith extremely closely and every student she has ever worked with has found a solution to vocal issues with this method. She understands that the reason for perfecting technique is to make sure that the body doesn't do anything to prevent the soul from expressing itself.

She is happy to teach lessons in person in both Houston, TX and Chicago, IL. And of course, all are welcome on zoom in the brave new post-Covid world!