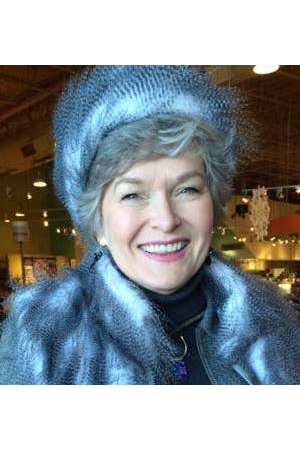 She has been the Artistic Director of Opera and Beyond and the Rocky Mountain Opera Company, an officer in local chapters of Music Teachers National Association and National Association of Teachers of Singing, an adjudicator, and a clinician and presenter of voice workshops and intensives, including for the Denver Performing Arts Center Voice Clinics, the CO State MTA, the AZ State MTA, and her own Denver Summer Voice Intensives. She is also a charter member of the Pan American Vocology Association.

Her vocal instructors have included Vera Scammon, Dr. Barbara Doscher, and Robert Lansing and Robert Emerson of the Metropolitan Opera. She studied choral music under Robert Shaw and sang under Sir Malcolm Sergeant with the London Philharmonic, and with the San Jose Symphony and the Colorado Symphony.

Nancy appeared as the mezzo soloist for the West Coast Premiere of Solomon's Gardens at Stanford University, has been in over 40 musicals (most in principal roles) and operas, and sung with multiple chorales (including those of the Loveland Opera Theatre, Schola Cantorum, and Cherry Creek Chorale).

A member of Opera Colorado's Ensemble for four years, she sang on the NAXOS Opera Colorado recording of Nixon in China.  Her solo recordings include children's anthologies (One Misty Moisty Morning, Vol. I & II), several other story-telling CDs, jazz albums (With All My Love, Nance Sings Love), and as Marmee on the 2001 Original Cast Album of the Rodgers & Stevens Little Women: The Musical.

Nancy may be contacted through her website at www.TheVoiceBuilder.com