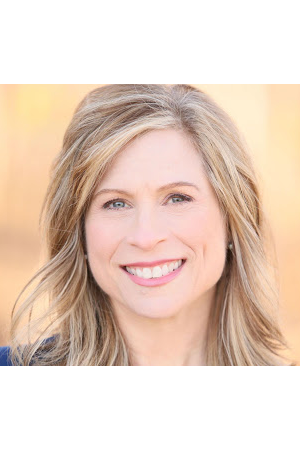 With a voice the New York Times has called, “luminous” and “lustrous”, versatile soprano Amy Burton enjoys an eclectic career of opera, concert, and cabaret. She has sung at the White House, the Metropolitan Opera, New York City Opera, and with major orchestras and opera companies throughout the US, Europe, Japan, and Israel.

A frequent interpreter of 20th and 21st-Century music, she has premiered pieces by many contemporary composers, including John Musto, Paul Moravec, Lee Hoiby, John Harbison, and Richard Danielpour, to name a few. Also specializing in French vocal music of the 1920s and 30s, Ms. Burton has performed both art songs and popular music of this era internationally. Her critically acclaimed recording with Yves Abel, Souvenir de Printemps (Harbinger), was the result of a one-woman show based on the life of French singer Yvonne Printemps, which she performed in New York and at the Liceu in Barcelona. Other recordings include Gershwin’s Blue Monday with Marin Alsop (Angel/EMI), Paul Moravec’s Useful Knowledge (Naxos), Michael Dellaria’s opera The Secret Agent (Albany), Fond Affection: Songs of Ernst Bacon (CRI), The Opera America Songbook (Opera America), Richard Wilson’s Persuasions (Albany), Songs of John Musto (Bridge), and Got a Little Rhythm (Bridge).

In cabaret and recital, Amy Burton performs frequently with her husband, composer-pianist John Musto. The duo are regulars at the Neue Galerie’s Café Sabarsky, and appear frequently in New York. They have been heard on Lincoln Center’s Great Performer Series, at the Kennedy Center, The National Arts Club, Washington Museum for Women in the Arts, Joe’s Pub, Barcelona’s Liceu, The Glimmerglass Festival’s Meet Me at the Pavillion series, and throughout the United States with Late Night with Leonard Bernstein, narrated by the composer’s daughter, Jamie.

Ms. Burton played a role in the resurrection of a lost 1928 musical by Cole Porter, The Ambassador Revue/La Revue des Ambassadeurs, which she performed with Vince Giordano and the Nighthawks at Town Hall in New York (2014) and with Orchestra Pasdeloup in Paris (2012).

A sought-after teacher, Ms. Burton is on the voice faculty at The Juilliard School as well as Mannes and the CUNY Graduate Center DMA program. Her students appear on international opera and concert venues and have received awards from the Metropolitan Opera National Council, Gerda Lissner Foundation, George London Foundation, The Conlon-Ziering Prize, Kosciuszko Foundation, Clermont-Ferrand Competition, Francisco Viñas Singing Competition, Opera Index, The Opera Foundation, and the Schmidt Competition, among others.

Ms. Burton teaches at SongFest at Colburn, and has previously taught voice at Opera on the Avalon, and French Vocal Literature at the Manhattan School of Music. She is in demand for master classes and residencies and maintains a busy private voice studio in New York City.