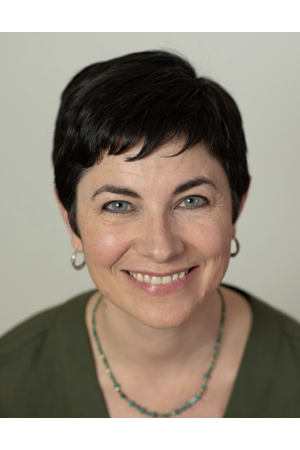 Julie Lyn Barber is a Canadian soprano, belter, actor & educator based in the U.S. Midwest. She is an Associate Professor at Western Kentucky University where she specializes in Musical Theatre. She holds a Doctor of Arts degree in Voice, and a Masters degree in Musical Theatre/Opera. She has performed with orchestras, chamber ensembles and theatre companies across the U.S. and Canada, including Portland Center Stage, Trinity Consort, Theatre Under the Stars, Phoenix Theatre Indianapolis, and the Marion Philharmonic. She has received grants from the National Association for Advancement of the Arts and the Pittsburgh Concert Society, twice won the Audrey Rooney Encouragement Prize, and has been a finalist for the American Prize in Art Song and Opera. Opera roles include “Titania” in The Fairy Queen at the Amherst Early Music Festival, “Ginger” in The Night Harry Stopped Smoking, with Portland Opera, and three seasons with the Dayton Opera Chorus. Musical Theatre roles include "The Witch" in Into the Woods, "Cordelia" in Falsettos, and "Sarah Brown" in Guys and Dolls. She also sings a wide range of repertoire with her family band - from Hot Jazz to Sea Shanties to Rock and Roll and was a quarter-finalist in the 2021 American Traditions Vocal Competition.