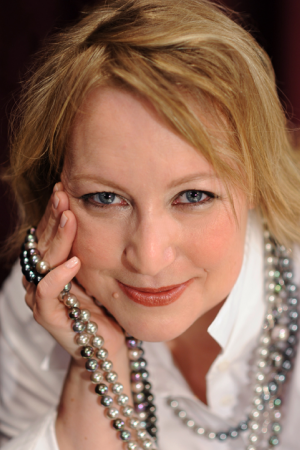 Soprano MARY WILSON has been hailed as one of today's most exciting artists, receiving critical acclaim for a voice that is “lyrical and triumphant, a dazzling array of legato melodies and ornate coloratura” (San Francisco Chronicle). Opera News heralded her first solo recording, Mary Wilson Sings Handel, stating “Wilson’s luminous voice contains so much charisma,” they dubbed her recording one of their “Best of the Year.”

After the very difficult year of cancellations due to Covid 19, she, like every other musician, is beyond excited to return to the stage and take that collective breath. Highlights of the upcoming 2021-2022 season include many return engagements including Barber Knoxville Summer of 1915 and Mendelssohn Elijah with Bach Festival Society of Winter Park, Beethoven Symphony No. 9 and Handel Messiah with Nashville Symphony, and the Whitacre Five Hebrew Love Songs with Sarasota Ballet and Key Chorale. In addition, she will record the Copland Emily Dickinson Songs with woodwind quintet over the summer.

An accomplished pianist, Ms. Wilson holds vocal performance degrees from St. Olaf College in Northfield, Minnesota, and Washington University in St. Louis, Missouri. She is an Associate Professor of Voice and Vocal Area Coordinator at the University of Memphis, and resides in Bartlett, Tennessee, with her husband, son, and two dogs.