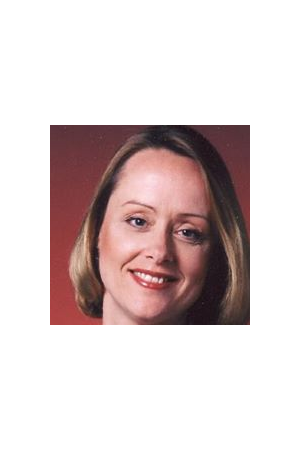 Lyric coloratura soprano Patrice Burgstahler was brought to the attention of the music world with a critically acclaimed portrayal of Cunegonde in Leonard Bernstein's Candide at the Denver Center for the Performing Arts. She has gone on to perform leading roles in operas of Donizetti, Gounod, Mozart and Verdi throughout the United States and Europe.

For ten years she was based in Hamburg, Germany, and upon her return to the United States joined the music department at Northeastern State University for four years to teach applied voice, vocal diction and other related voice classes, before returning to Colorado.

Ms. Burgstahler's credentials include a Bachelor's Degree of Music in Vocal Performance from University of Colorado at Boulder and a Master's Degree of Music in Vocal Performance at Boston Conservatory of Music under renowned opera conductor and diction expert, John Moriarty. She was one of five vocalists accepted each year into the Doctoral Cohort Program at Columbia University in New York City in 2006.

Miss Burgstahler appeared with the Boston Opera, the Denver Opera, and the New Jersey Opera, singing the title role in Lucia di Lammermoor, Musetta in La Bohème, Madame Herz in Der Schauspieldirektor, and Queen of the Night in Die Zauberflote. Among other performances, Ms. Burgstahler has sung Madame Latour in Le Postillon de Longjumeau in New York, Valencienne in The Merry Widow with the Denver Opera Company, and Adina in L'Elisir d'amore, and Gilda in Rigoletto with New Jersey Opera. One of her favorite roles in French opera is Juliette in Gounod's Romeo et Juliette which she has sung numerous times in European opera houses. Recent performances: Leading role, Heidi Schiller with Opera Fort Collins in Follies by Stephen Sondheim.

Ms. Burgstahler has sung concert tours worldwide in Canada, the Caribbean, Central America, France, Italy, Portugal, Spain and all the Scandinavian countries, as well as Russia, Poland and the former Yugoslavia, making her European concert debut in Austria's Grazer Dom in Franz Schubert's Mass in B-Minor, launching her international career.

The California native has performed as soloist in chorale concerts both internationally and throughout the United States; Arthur Honneger's King David, Carl Orff's Carmina Burana and numerous other oratorio works. Ms. Burgstahler has sung Mozart's Requiem in Alice Tully Hall at Lincoln Center in NYC with Mount Hollyoke College, Wellesley and Columbia University choirs; at Wellesley College in Massachusetts with Columbia University men's choir and the Wellesley women's choir combined to name a few. As well as recital and concert dates in New York, Boston, Denver, Ms. Burgstahler

Ms. Burgstahler has recorded a CD on the SYRINX label, which includes the only recording of Colorado composer, Jean Berger's Villanescas, Spanish song cycle for soprano and chamber orchestra. Ms. Burgstahler has an extensive and impressive performing history in art song literature singing numerous recitals, both nationally and internationally, in classical styles from Baroque to 20th century Contemporary music. She has sung recitals featuring American, British, French, German and Spanish composers in Hamburg's concert halls, the Hamburg American consulate several times and performed in concert with Ian McEwan at the British consulate during the British Shakespeare Prize winners concert, which was Mr. McEwan's initial reading of Atonement. James Mitchner wrote a description of her and her singing partner in concert in St. Thomas into his novel, Caribbean, when he heard the duo perform in the Caribbean Islands.

Juried presentations on her dissertation topic “Opera Divas Gone Mad” were given performances in collaboration with New York based and Colorado native accompanist, Bill Lewis at “Creativity & Madness – Psychological Studies of Art & Artists” conferences in Maui, Hawaii and Santa Fe, New Mexico. These highly successful presentations for the mental medical community on her dissertation subject will be forthcoming, as Ms. Burgstahler has been asked back for conferences in Tuscany, Italy and Santa Fe, New Mexico.