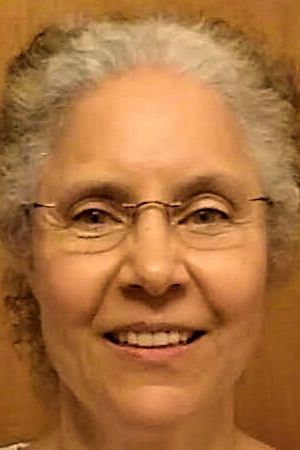 Since 2001, I have been teaching voice privately, and currently have about 15+ singers in my studio. I’ve taught age 8 to 89. I currently have several singers age 9 to 18 as well as adult classical, choral and musical theatre students. I enjoy working with them greatly, both in growing their voices and helping them prepare for auditions for school and various local groups. My local teacher is Dr. Julia Hunt Nielsen in San Francisco, and master teacher and mentor is David Jones, an internationally known voice teacher (you can learn more about him at www.voiceteacher.com ). In 2004 I attended a 3-day vocal pedagogy clinic he presented at Belmont University, Nashville, TN, and in 2004 and 2005 I also attended the national Classical Singer Convention.

I taught K-5 classroom music at St. Raymond’s School in Menlo Park for 4 years, under contract with West Bay Music Academy and using a curriculum combining materials from Music K-8, Silver Burdett Ginn, Music & Movement in the Classroom, supplemented with music from my own broad experience.. In 2010-11 I also offered an after-school training choir which had 9-10 children, primarily 2nd graders. My main focus in the classroom was on enabling the children to participate through movement and singing, as there was not an instrumental program for the lower grades. The school presented two concerts each year, and I was responsible for selecting and teaching the all-school (K-8) opening and closing numbers, as well as overall staging logistics. In Fall of 2011, I was contracted through West Bay to teach Pre-K through 1st Grade music at Holy Family school in San Jose, one morning a week (Tuesdays). I taught music at St. Paul Preschool in Burlingame for 3 years, and volunteered one semester music teaching in a 3rd grade class at Belle Air Elementary in San Bruno. I also taught preschool music at The Children’s Place in San Carlos for 3 years. In 2016-17, I taught middle school chorus and music directed HOW TO EAT LIKE A CHILD at North Shoreview Montessori, and again taught preschool music 2017-2020 at The Children's Place in San Carlos. During that time, I also music directed for PINOCCHIO for Pied Piper Players, for Kennedy Middle School's production of LION KING, JR, and for PETER PAN JR at The King's Academy in Menlo Park.

I spent 8 years in the New York metro area, pursuing a performing career in opera, operetta, musical theater, dinner theater, children's theater, revues, etc. I continued private vocal study and bolstered my language skills with German courses (I had taken French and sung in Italian in college and studied Spanish for many years before college). I continued private vocal study throughout my time in New York. During this time I was also music director at my church.

I spent 8 years in Seattle, singing as a union chorister and sometimes as featured artist with Seattle Opera. This allowed me to sing under the direction of some very fine world-class conductors and stage directors. During that time I also developed a vocal ensemble of opera singers, Brio, primarily doing holiday repertoire. I also was able to do summer stock at College Light Opera in Wooster, Ohio, as well as several local Seattle productions. Again, I served as music director for the church choir for part of this time, and fostered a recital series at my church.

I lived in the Bay Area from 1993 to 2021, serving for several years as music director at Community UCC in San Carlos, which included adult and children's choirs (including several semi-staged cantatas for all ages and a staged musical). I served on the Board of the Greater Bay Area Chapter of Choristers Guild, which provides continuing training on a variety of topics involving work with children's and youth choirs, and hosted two of their training workshops and one of their festivals for youth choirs.

Since 1999 I have sung with Masterworks Chorale, first as a paid core singer and soloist, and then as a rehearsal assistant and liaison with management. With four concert sets each year, my time with Masterworks broadened my knowledge of choral repertoire and of rehearsal techniques. I also re-configured the Brio concept with choral singers from Masterworks, and directed that group for 5 seasons. I am a current member of Serenade, a chamber choir of mostly Masterworks members. I performed for 8 years with the STOCTET, a 20-voice performance choir based in Campbell.

I have also sung with several Bay Area opera companies and community theatre groups. I recently performed in LA BOHEME with West Bay Opera, and in the West Coast premiere of the opera BLESS ME, ULTIMA at Opera Cultura in San Jose. I have been chorus master for two productions of CARMEN and for MAGIC FLUTE and MADAMA BUTTERFLY and sang Marcellina in MARRIAGE OF FIGARO with Goat Hall Opera, based in Berkeley. I’ve done musicals with Hillbarn Theatre, Pacifica Spindrift Players and Sunnyvale Community Players. I also performed for 5 seasons with the Broadway by the Bay Highlighters, a 3-person revue, to keep my Broadway style sharp.

I am confident in my ability to develop healthy voices, to teach musical skills and concepts along with learning songs, and to nurture those who are not confident or not yet "tuned" singers. I can also coach singers dramatically for auditions and solo/ensemble contests, and assist with stage productions in school settings. I do NOT play piano in order to accompany classes - private lessons (especially on Zoom) require students to provide either live or recording backing tracks.