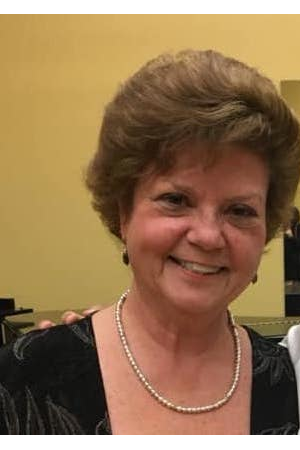 Master teacher Caroline B. Smith retired July 2020 after a distinguished thirty-six year teaching career at DePauw University where she was awarded the 2020 Tucker Distinguished Teaching Award. Having recently moved to the Savannah, GA area, she maintains an active private voice studio (inclusive of different styles), teaching various levels of students. Because of the pandemic, she is teaching virtually and appreciates its advantage of being able to teach students throughout the country and abroad. Throughout her career she remained an active recitalist/soloist, master class clinician (11 Classical Singer National Conventions, IAA, NATS, Kentucky Governor's School, South Carolina Governor’s School, and throughout the United States) and adjudicator (Classical Singer Nationals/Regionals, NATS, American Traditions Vocal Competition Quarterfinals, MTNA, NSAL ISSMA, Prelude, Overture, etc.).

Professor Smith served as the Great Lakes NATS Regional Governor for two terms after previously serving for two years as the District Governor (Indiana) and three years as the Indiana NATS President. In Spring 2007, she was the first vocal specialist appointed to the Editorial Board for the National MTNA Journal. For twenty years she also served as Director for Vocal Arts at DePauw, a high school summer camp for vocalists she founded, and the Vocal Area Coordinator at DePauw University throughout her tenure there. She has taught at Indiana University-Bloomington (Visiting Professor of Voice) and Wabash College where she began the first solo voice training program in the school’s history. Professor Smith served as the Cassel Grubb University Professor for five years following her award of the DePauw University Medora C. Adams Distinguished Professor for 2007-2009, which she assumed after the completion of the Martha C. Reith Fellowship that previously she had been awarded for 2004 –2007.