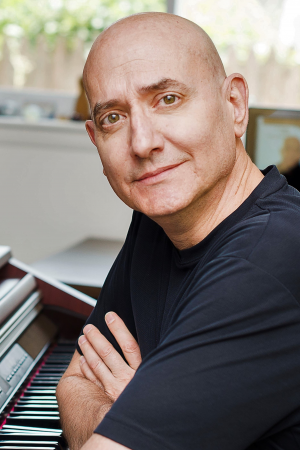 John Nicholas Peters has been teaching voice privately in Philadelphia since 1984 and studying vocal technique in Europe and the United States since 1974. He personally studied with numerous teachers, including Franghia Spiliopoulou, the teacher of mezzo-soprano Agnes Baltsa, soprano Mireig Flery who was a friend and colleague of Maria Callas, internationally acclaimed heldentenor John Mitchinson, Franco Iglesias who taught Placido Domingo, and Raymond Buckingham who taught Julia Migenes and Neil Schicoff. In addition, he has attended numerous master classes and workshops on vocal technique in Europe and the United States. Distilling the teachings of all these talented vocal experts and numerous others, he thoroughly researched and developed a completely physiological method of training the voice which involves strengthening the specific muscles which control the singing voice while simultaneously eliminating unnecessary muscular involvement. This technique is highly effective and extremely efficient. Many students who studied for years with other teachers have said that they felt they had made a year’s worth of progress in the first month of lessons. This technique works equally well for all styles of singing. John's specialties include expanding and strengthening the range of the female chest voice, building a marketable singing voice completely from scratch, improving any singer's voice far beyond what is generally considered possible and teaching all styles of singing from rock to opera with equal effectiveness. In addition, having also worked professionally as an Opera Stage Director, John coaches song and aria interpretation and presentation, provides vocal therapy and career counseling and participates in pre-production and co-production of vocals for student’s recording sessions. John holds a Bachelor’s Degree in Voice Teaching from the Birmingham Conservatoire, Birmingham, England, a Master of Music in Voice Degree from The University of the Arts, Philadelphia, spent eight years as the Producing Artistic Director of the Mozart & Friends Opera Festival of Southern New Jersey and thirteen years as the Vocal Technician/Voice Teacher of the Romeiko Byzantine ensemble which has toured and performed internationally. Each student is provided with a digital recording of their lesson to use for practicing.