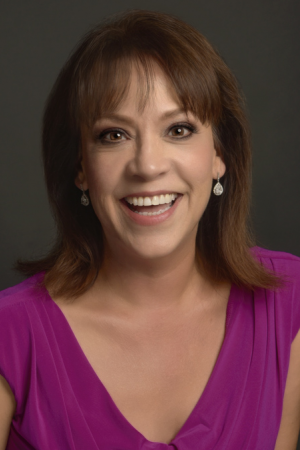 “The standout among the three women was soprano Aimée Puentes as Zerlina, her singing clear and pointed and her stage demeanor winningly direct; her pristine, unfussy rendition of “Batti, batti” may have been the evening’s high point.”- Joshua Kosman, San Francisco Chronicle

Soprano Aimée Puentes has sung leading opera roles including Zerlina in Don Giovanni, Despina in Così fan tutte, Micäela in Carmen, Sister Constance in Dialogues des Carmélites, Pamina in The Magic Flute, Musetta in La Bohème, Nannetta in Falstaff, Valencienne in The Merry Widow, Paquette in Candide, Susanna in Le nozze di Figaro, and Oscar in Un Ballo in Maschera. Her appearances have encompassed such notable companies as San Francisco Opera, Arizona Opera, Pensacola Opera, New Orleans Opera, Cincinnati Opera, Chautauqua Opera, Opera San Jose, Opera Southwest, West Bay Opera, Pacific Repertory Opera, Festival Opera, Sacramento Opera, and others. Aimée premiered the role of Concha in a production of Viva Concha, The Rose of The Presidio. She made her debut with Opera Idaho in the 2006-2007 Season as Musetta in La Bohème. Recently Ms. Puentes sang West Side Story highlights with The Diablo Valley Symphony, Carmina Burana with The Oakland East Bay Symphony, Villa Lobos’ Bachianas Brasilieras with The Stockton Symphony, Carmina Burana with The Vallejo Symphony, and Susanna in Le Nozze di Figaro, and Donna Elvira in Don Giovanni with Open Opera in Oakland California. Other appearances have included her debut as Donna Elvira in Don Giovanni with Abilene Opera Association, as well as singing the roles of Susanna in Le nozze di Figaro with Pocket Opera and the role of a fury in The World Premiere of Caliban Dreams by Suprynowicz and Moody with West Edge Opera Company as well as debuted as Jessie in Kurt Weill’s Mahogonny Songspiel for West Edge Opera and Della, in David Conte’s The Gift of the Magi under the baton of Maestro Stewart Robertson with The Hidden Valley Music Seminars in Carmel, California and returned to The Western Stage (Monterey County) for Stephen Sondheim’s Side by Side. In June of 2015, Ms. Puentes created the roles of Rosie and Maria with Opera Cultura in the world premiere of Bless Me Ultima, by San Francisco composer Hector Armienta, as well as sang the role of Rose in a new version of Escaping Queens by Joe Ortiz , and Sueños de Esperanza by composer Henry Mollicone for his celebration as alumni at NDNU last spring. Recently, Aimée sang the role of Susanna in The Marriage of Figaro with Pocket Opera and made her debut with Island City Opera as Lisa in La Sonnambula and Beth in Adamo’s Little Women. Aimée will be making her debut with PacRep in Carmel California to sing the role of Mrs. Wormwood in Mathilda.

Ms. Puentes is equally comfortable in oratorio and concert repertoire. Performances have encompassed numerous works such as Haydn’s The Creation, Handel’s Messiah, Orff’s Carmina Burana, Handel’s Israel in Egypt, Requiem by Rutter, Mahler Symphony No.4, Mozart Vesperae Solemnis, and Mass in C minor, Handel’s Ariodante, Dvo?ák Stabat Mater, Haydn Lord Nelson Mass, Brahms Requiem, Beethoven Symphony No. 9, Vaughan Williams Dona Nobis Pacem, Haydn’s Mass in time of war. She received enthusiastic accolades from her performance with the Santa Cruz Symphony in a tribute evening to Rodgers and Hammerstein. She has been heard in Barber’s Knoxville Summer of 1915 and Bach’s Coffee Cantata with Ensemble Monterey, Mozart’s Missa solemnis with I Cantori di Carmel, an evening of Mozart with The Sacramento Philharmonic, a concert version of Carmen with The Vallejo Symphony, Vorisek’s Missa in B with I Cantori di Carmel, Handel’s Messiah with The Tucson Symphony, Tippett’s A Child of our Time with The Santa Cruz Symphony, Mahler’s Symphony No. 4 with The Stockton Symphony, highlights from West Side Story with Diablo Valley Symphony, Handel’s Serse with Pocket Opera, and Carmina Burana with The East Bay Oakland Symphony. Her most recent engagements include Vaughan Williams A Sea Symphony with The San Jose Symphonic Choir, Finzi’s In Terra Pax with The Monterey Symphony and a benefit concert with Cabrillo Stage. In addition, Ms. Puentes has sung repeat performances of Ginevra in Ariodante with Pocket Opera. Aimée’s recent and upcoming engagements include the soprano soloist in Rutter’s Magnificat, soprano soloist with Camerata Singers, and soprano soloist for Mollicone’s Misa de los Inmigrantes and The Voices of Hope Humanitarian Choir and Instrumentalists. Other concerts have included the soprano solos in Messiah with Pacific Chamber Symphony and Agilea in Handel’s Teseo with Pocket Opera along with having been selected as the soprano soloist for the Sacramento Philharmonic’s Link Up Carnegie Hall National Program.

For the CD of David Conte’s The Gift of the Magi, with The San Francisco Conservatory New Music Ensemble, Aimée Puentes sings the role of Della.Ms. Puentes earned her Master of Fine Arts degree with an emphasis in Vocal Performance from Notre Dame de Namur University in May 2016 where she taught Music History and Voice from 2016-2018. Aimée is a vocal instructor at Santa Clara University.