Forty years after her untimely death, we operaphiles are still being mesmerized by the voice of Maria Callas. Why, I pondered, would such a singer endure and evoke such emotion still, after a career fraught with vocal decline and constant attacks from both press and public? And still we remain captivated despite some very bad vocal recordings; the vibrato as wide as the ocean, no trill per se and an often shaky top at best.

My first exposure to the Callas voice was as a ten year old boy soprano. I had recently ‘discovered’ opera with our local Tri-Cities Opera in Binghamton, New York and was now a Metropolitan Opera broadcast regular listener. But it was not in a live performance I first heard ‘the voice’. It was both, her late recorded ‘Tosca’ with Bergonzi and her ‘Carmen’ with Gedda. The sound haunted and caught me. It was foreign, no other singer had sounded like this before.

I tried to explain it to my voice teacher; hers was a ‘woody, ‘nasal’, ‘hollowed sound’, not really beautiful tonally but there was that something that compelled you to listen, to make you want to hear more and to understand how and why she sang the way she did. It wasn’t until an adult that I finally ‘got it’, that I finally understood what held her listeners, encapsulated them into a world of drama long since dead.

Having grown up in a generation of Price, Sutherland and Tebaldi, I was used to singers whose voices processed a tonal beauty, sheen and sound so gorgeous that I would ponder why more people my age did not like the art of opera. And yet I was drawn to that strange and foreign timbre of Callas, that often uneven and thinly veiled tone that had more dramatic intent and excitement than any singer I had ever encountered. It was even more so, the ugliness in her tones when the situation required; Tosca’s tormented ‘Questo e il baccio di Tosca!’, Carmen’s unwillingness to scream at her stabbing but the guttural ‘tiens’ as she throws Jose’s ring aside, Norma’s wrenching sobs as she weeps for her children; ‘son i miei figli!’

Callas went on record to express her distaste for singers who do not change the vocal quality when expressing emotional fervor. ‘Nothing is more absurd than when, during the most violent phrases of the action, a singer persist in retaining the tonal beauty of her voice. Is it right to sing ‘Je te hais!’ (I hate you) with a timbre of velvet and gold? No, one must not be afraid to distort the voice just as one distorts facial expression to indicate rage or even despair.’

When her EMI ‘rarities’ were re-issued years later, a time when the voice was clearly on the verge of disintegrating, to me these were the most telling, the most passionate, the most exciting audio accounts of what a truly great artist this woman was. I was no longer interested in a beautiful (and sometimes boring tone), I wanted fire, excitement, I wanted to hear the torture on her part to ‘get through’ the aria but in doing so, her vindication at leaving the listener charged to the point of agitation. I wanted my own release, my own absolution.

Several of these arias had been re-issued on her ‘Callas by Request’ LP which I had practically worn out. After years of listening to her singing I realized two things; she wasn’t merely an interpreter with exceptional dramatic gifts but she was singing from her life’s own experiences; of this I am certain. The excitement, pain, innate suffering and sheer explosion of her being was what pulled her listeners in; It was our suffering and pain and yes, magnificent obsession with the soprano voice which spoke directly to us and made her instantly believable, instantly relatable. She gave us restitution.

Take for example, her version on Amelia’s ‘Ecco l’orrido campo’ from Verdi’s ‘Un Ballo in Maschera’. Listen to her audible gasp of fear when the bell strikes midnight; chilling. The breathless voicing of ‘e terri…bi…le sta’ , punctuated with terror; hyperventilating with anguish. Dear God how could you not understand Callas’ own frustration, her own loss, our own loss? And the Callas chest voice was always there:

She may have lost her top but what a thrilling descent into darkness when she would glissando into the end of Verdi’s aria ‘Arrigo! Ah parli a un core’ from ‘I Vespri Siciliani’ or Aida’s tortured ‘E dal mio labbro usci l’empia parola!’ from ‘Ritorna Vincitor!’

As I read the LP’s program notes and realized that the majority of these recordings were made from about 1960-1964, it became even more clear to me that Callas was not only singing to save her career, but her life! She was singing to justify her existence. Her disastrous relationship with Onassis, a voice which was already broken and a confidence long gone; Callas was a woman in pain but more so, she was human. The diva throne thrust upon her had indeed taken a toll when singers jetted around the world often arriving only hours before acceptable rehearsal or preparation and rest before a performance. I wondered: had she been born twenty, thirty years sooner when the singer was not as easily accessible and remained in one place longer, could her voice have perhaps been saved, no restored? Would the press have been as cruel, as demanding, as pursuing as when she reached her pinnacle in the 1950s? The fact that she even had the physical energy to sing, particularly in the 1960s when the voice was practically gone, is even more amazing.

Perhaps it is also because she has put so much emphasis (rightly so) on the text and her diction is impeccable. Unlike Price and Sutherland who, while technically expert singers with gorgeous sound, their diction is often muddied to the point of unrecognizable. Callas however, has a sense of communication and extreme musicality which make her one of the best operatic orators of our time. She may have sang but she also acted with her voice and the words, while at times tonally unpleasant, were always razor sharp, immediately grabbing the attention of her listeners.

No, I don’t believe it was her celebrity that has kept her memory so present in today’s opera goers and is the reason her records continue to sell, that she is so often written about. We are obsessed by the sad life we now know she encompassed, the courage it took her to endure in a profession that sought to destroy her and yet, she leaves a legacy so secure that no other singer has eclipsed her greatness since that sad day she left us too soon.

Tony Villecco is a tenor and arts writer for the Binghamton Press, Broome Arts Mirror, Classical Singer and Films of the Golden Age. His first book, ‘Silent Stars Speak’ was released to critical acclaim in 2001 by McFarland. A vocal adjudicator for the New York State Schools Music Association, Villecco has studied with the legendary soprano, Madame Virginia Zeani in Florida and has received praise from another legend, tenor Nicolai Gedda. 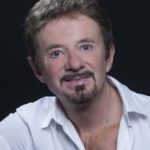