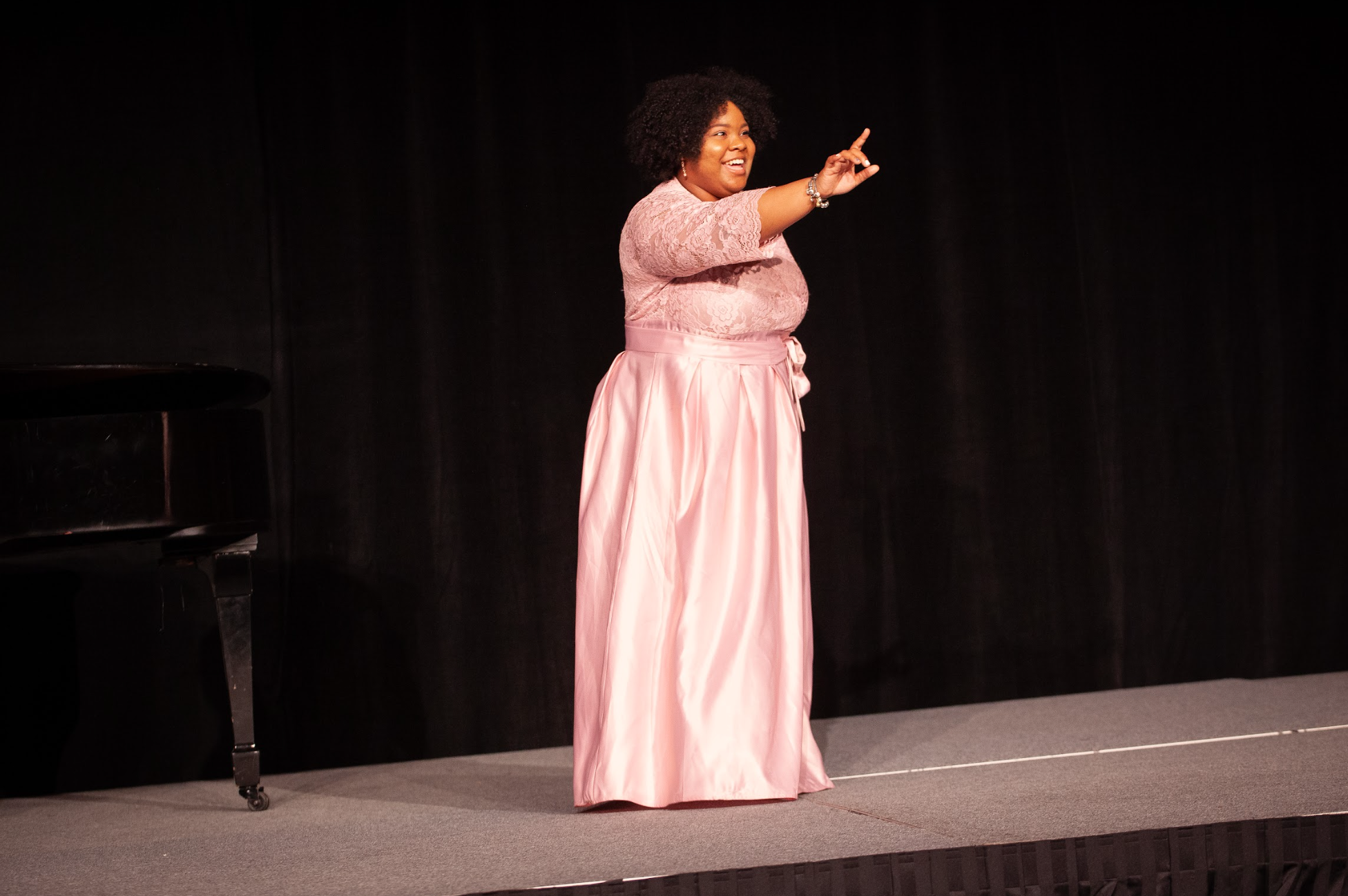 Competitions can make a career for a singer, but not in the way you’d expect. Read on to learn about finding success in competitions and the new directions competitions are taking to help Black and Latinx singers succeed.

Vocal competitions have long been a staple of the American arts community, and for good reasons. They offer young singers a stage to shine on their terms and earn prize money and recognition. Some of the most significant competitions, like the Laffont Competition at the Metropolitan Opera, even give singers a chance to sing on stage with a major orchestra.

Most competitions require a series of contrasting operatic arias sung over several rounds. Recently, competitions have provided the opportunity to include art songs or pieces outside the operatic canon (e.g., Zarzuela or operetta). But for the most part, a young singer can plan to whip up four or five standard arias, clean up their resume, submit an application, and hope for the best.

“Competitions are good ways to practice auditioning, which is a skill that needs to be developed by all singers. Now, not everyone is a great competition singer. But practicing the act of auditioning is important,” says Melissa Wegner, executive director of the Lindemann Young Artist Development Program and Laffont Competition at the Metropolitan Opera.

The first time I attended the Laffont Competition finals (formerly the Metropolitan Opera National Council Auditions) was alongside my voice teacher Joan Patenaude-Yarnell. My studio mate countertenor Anthony Roth Costanzo was a finalist and went on to become one of the winners that evening. The same year, a pitch-perfect soprano Nadine Sierra sang “Je veux vivre” from Gounod’s Roméo et Juliette and also took home a top prize. Both artists are now household names in opera and have gone on to headline operas around the world. It was a memorable afternoon and the impact of watching great artists on their way to the top is not easily forgotten.

Fort Worth Opera’s General and Artistic Director Afton Battle remembers the emotional experience of seeing young talent bloom at a competition: “Karen Slack singing “Depuis le jour” changed my soul … I still remember that.” While Slack didn’t win that competition, she went on to have a major career on and off the stage. “Some of the best singers never won competitions. But the exposure garnered them important recognition that led to the beginnings of their careers,” Battle says. The adjudicators and the industry leaders in the audience can be just as influential as winning the top job.

Artist manager Ken Benson adds, “Just this spring, I helped a couple of singers get work solely based on hearing them sing in competitions. You may not win a prize, but you might get a job from it, which can be even more important sometimes.”

For Wegner, being a part of the singer’s early career is a hugely fulfilling part of her work overseeing the competition. “My first season working for the competition [when] I got to hear Janai Brugger in her district audition in the fall [and then on] the stage of the Met for the Grand Finals in the spring was one of the best ways I could have started my job. To this day, every time I hear her sing, it brings me back to that first audition, and I am so thrilled at everything that has happened for her.”

Anatomy of a Competition

Competitions are largely run by volunteers who devote countless hours to fundraising and organizing for an artform they are deeply devoted to. They create the application and requirements, manage all of the intricate event scheduling in house, and hire judges. Their mission is simple: to help young singers. For some singers, the traditional competition circuit is easy enough to jump into. But for others, especially singers of color, there are barriers distinct to the competition cycle that can impede participation. Beyond training in college and university music programs, there is a tremendous amount of preparation needed, and preparation can come with hefty costs.

Competitions are also a way for singers to stay in the game and remain connected to the opera world when they may not be able to afford to take a low-wage opportunity in a young artist program. Artist manager and director of artistic operations at National Sawdust Ana de Archuleta notes, “This is the business of connections. Exposure and visibility move those personal connections forward.”

I remember firsthand the sacrifices needed to participate as a young artist. My first years in New York City as a singer were some of my most costly. I paid for a few voice lessons per month, application fees for young artist programs, audition fees for performance opportunities, and coaching. I started my day off a little before 5 a.m. at a bakery where I would work until about noon. Afterward, I would head to my second job at a jewelry store until early evening. I needed every dime I could get to have a chance to be heard in auditions.

I used the money to cover costs to prepare and usually didn’t have much left over. I remember walking from a competition audition on the Upper East Side to my apartment downtown because I didn’t get my paycheck until the following day. I was tenacious and never willing to give up. But what could it look like if singers, especially singers of color, survived because of the competition design and not despite it?

A Trip to Detroit and a Look to the Past

When I joined the Sphinx LEAD program, a two-year leadership program for the next generation of executive leaders of color, I was blown away to learn about their annual Sphinx Competition. The competition is open to Black and Latinx string players, an underrepresented population in American orchestras, with prize money of nearly $100,000 along with performance opportunities.

At the finals in Detroit, the experience was overwhelming. The finalists performed with the Sphinx Orchestra, comprised of Black and Latinx professionals from top orchestras in the U.S. Seeing that stage at the finals was overwhelming for those of us who recall being “the only” in the school band, orchestra, or choir. I learned that not only do the young artists get the opportunity to play with the orchestra, but they also have access to scholarships and instruments to eliminate as many barriers as possible during the competition process.

Many competitions are working to build bridges within an existing framework. “I had the privilege of judging the Laffont Competition in San Miguel, Mexico…. For many, this was their first competition, and the support they received allowed many of them [to join] major young artist programs in the United States,” says de Archuleta. Building bridges is a communal responsibility, and there is always room for more. 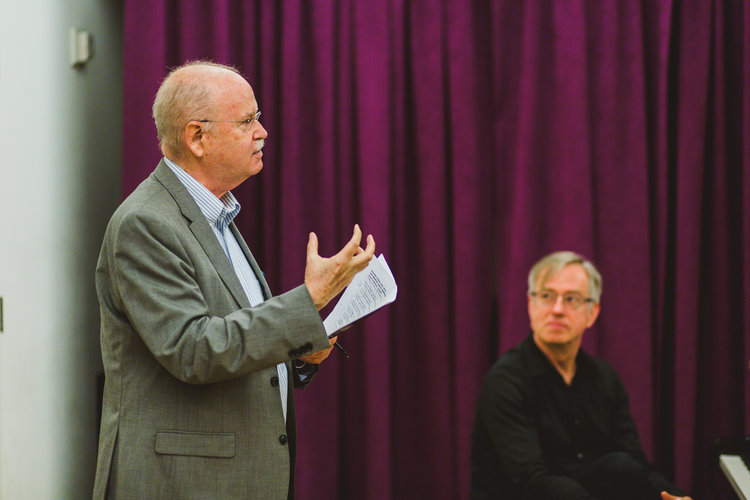 I got to thinking about what a voice competition under comparable guidelines to the Sphinx Competition might contribute to racial equity in our field. It has been thrilling to see American stages prioritize stories of marginalized communities with inclusive cast lists. To continue the shift toward equity for the next generation, new pipelines must continually be created. And more is more when it comes to chances for young singers to be seen, especially singers who face tremendous barriers in the world of classical arts.

At Manhattan School of Music, I have the tremendous honor to design partnerships that serve our cultural inclusion work. We are proud that our students are required to perform works by underrepresented creators in every one of our nearly 800 performances each year. But we also have a responsibility to serve the arts community outside our walls. So when New York City Opera expressed interest in hosting a competition for Black and Latinx artists, I knew we could fulfill the collaboration with the trust of the artists given our efforts to date in diversity and inclusion.

City Opera has an extraordinary history of promoting artists of color even before the world might have seemed “ready.” In 1945, City Opera cast baritone Todd Duncan in Leoncavallo’s Pagliacci, the first time a Black singer was hired on a major operatic stage. Duncan also had the distinct honor of being Gershwin’s personal choice as the first Porgy in Porgy and Bess. In 1946, Camilla Williams, a Black soprano, was cast in the title role of Puccini’s Madama Butterfly. This was a decade before the Metropolitan Opera contracted Marian Anderson in Un ballo in maschera. 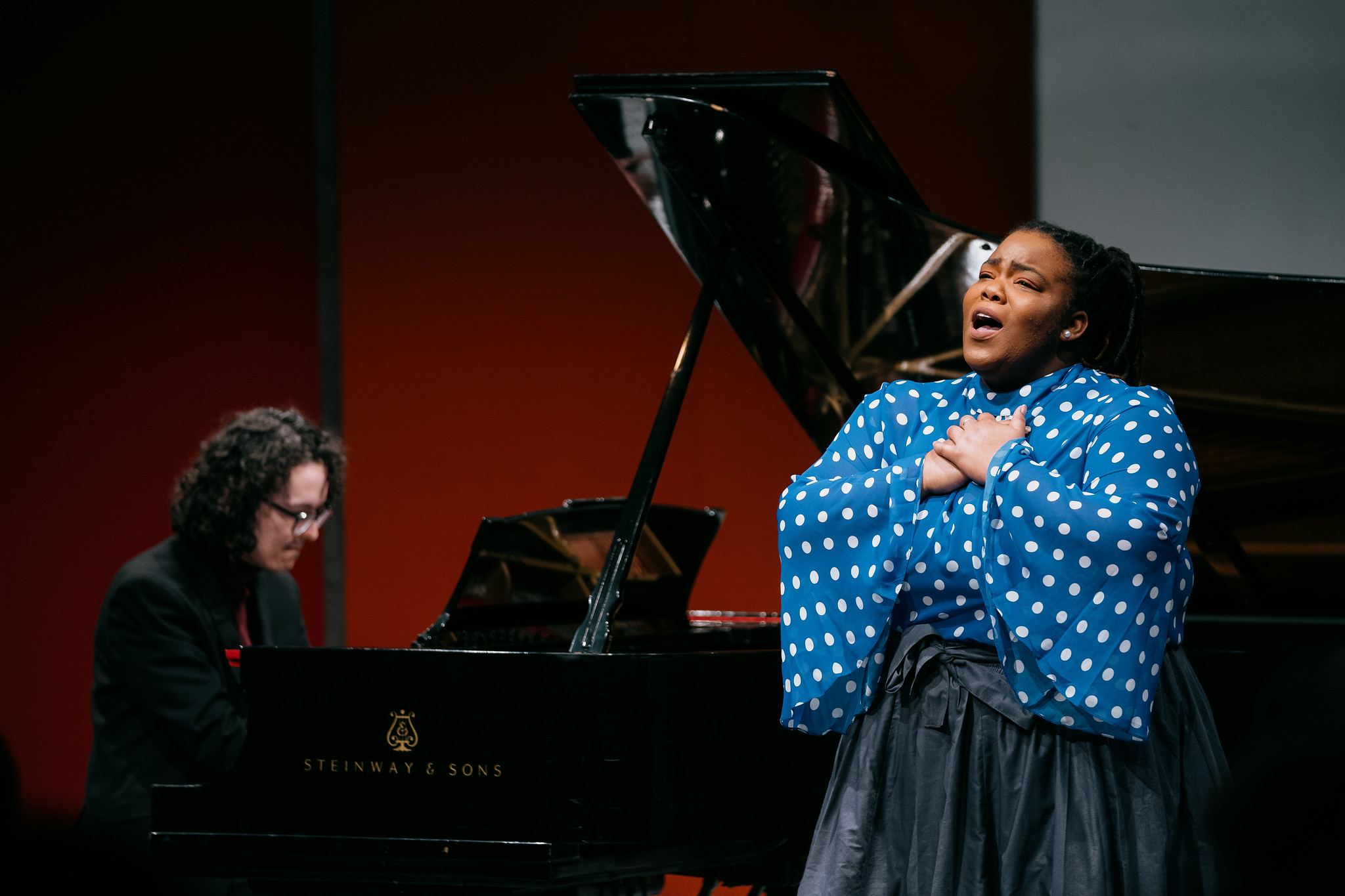 The rich history fueled us to pull together a proposal for a new competition for young artists who identify as Black and Latinx. The competition will include funding for audition support, no fee to apply, and prize money, opportunities, and coaching. There will be no age limit in the Professional Division of the competition. “I’ve met so many singers over the years who had personal circumstances disrupt their career trajectory. By the time they get back to the circuit, they’ve aged out of half the competitions. Life happens. Parents get sick. Children arrive. That shouldn’t cut them out of the game,” says City Opera General Director Michael Capasso.

Thanks to the generous funding of the Sphinx Venture Fund, applications for the first year of the Duncan Williams Voice Competition will open in the Fall of 2022. The finals will be held in New York City on the stage of Neidorff-Karpati Hall at Manhattan School of Music on February 3, 2023. Prizes will include cash winnings, a contract with New York City Opera, coaching and master class opportunities, and mentorship. 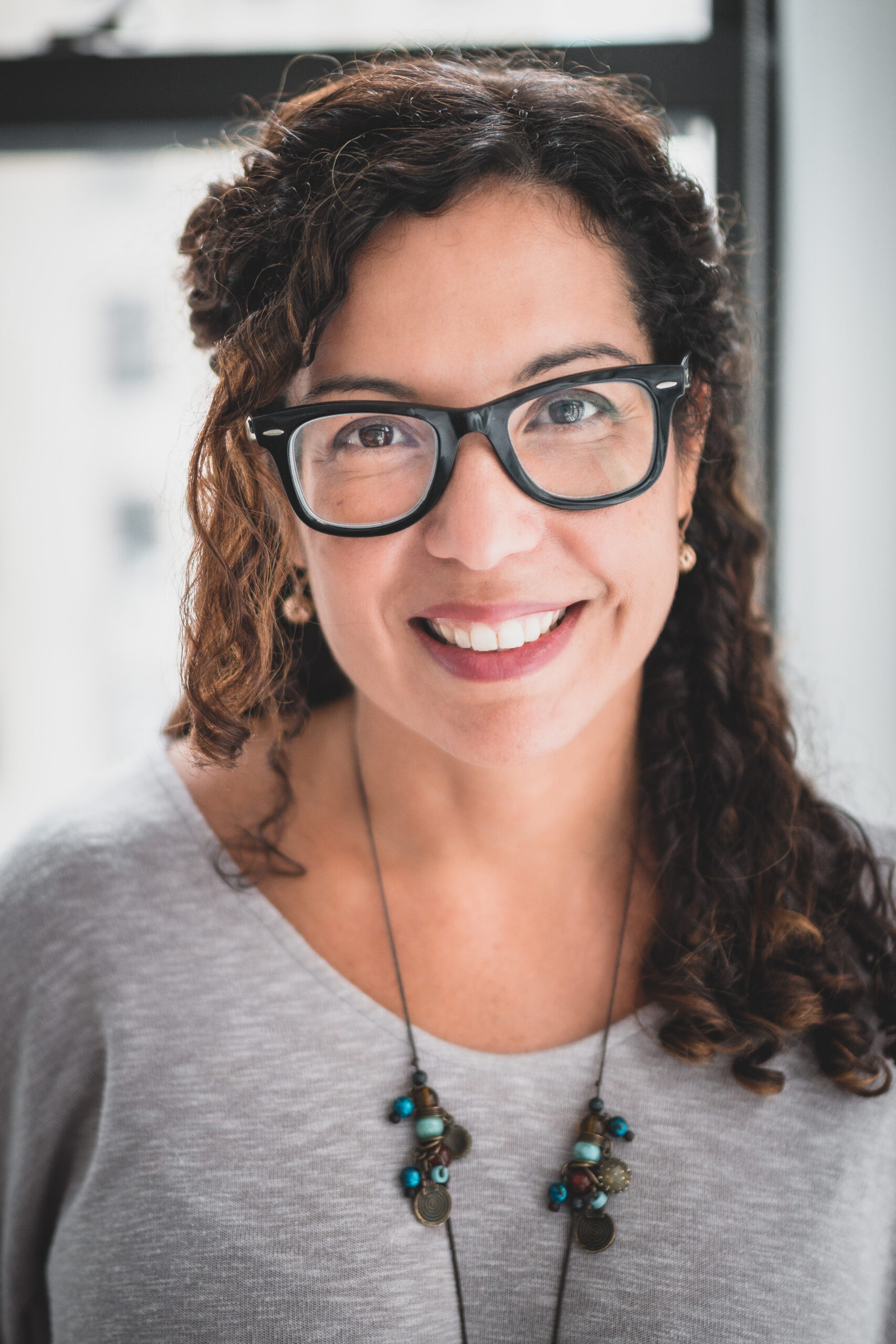 “It is incredible to see the legacies of these two monumental figures of classical music continue through this competition in support of up-and-coming singers of color,” says Sphinx LEAD Cohort 4 member Brandon Neal, associate producer at The Juilliard School. “So much of our history has been pushed to the side, but here we see it embraced and benefiting future generations. It’s a beautiful thing to witness.”

The state of the competition scene is evolving. And evolving through a lens of equity. This work takes consistency, strategy, self-reflection, and courage. But as the great Beverly Sills once said, “There are no shortcuts to any place worth going.”

Alexa Smith is the Associate Vice President for Strategic Innovations and Special Initiatives at Manhattan School of Music. She is the winner of the 2021 Sphinx Venture Fund Prize to create the Duncan Williams Voice Competition for Black and Latinx Young Artists. For more information, go to DuncanWilliamsVoiceCompetition.com.