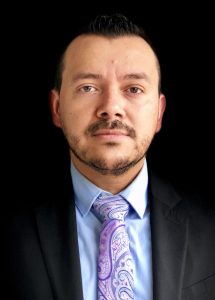 y love for music began at an early age when my grandfather would play opera recordings on Saturday mornings. At the time, I had no idea what these individuals were singing about, but I did know that I wanted to sing just like them. I took voice lessons during high school, competed in several state competitions, and found myself entering college as a voice performance major. I took the typical classes one would take in music theory, aural skills, piano, music history, voice lessons, etc., and each class introduced me to and taught me about the “important” composers in the world of classical music.

My weekly voice lessons were structured around the “great” composers of the past and, as a young musician, I took it all in and even found myself going to the library to check out scores and CDs (I know I am probably dating myself at this point) to learn even more repertoire by these individuals.

My junior and senior recitals were programmed around the works of Johann Sebastian Bach, George Frideric Handel, Wolfgang Amadeus Mozart, Ralph Vaughan Williams, Richard Strauss, and Francis Poulenc—all the typical names from Western classical music history. I participated in our school’s production of Mozart’s Le nozze di Figaro and Carlisle Floyd’s Susannah, which to this day remain two of my favorite operatic works. This was just the beginning of many musical adventures, leading me to continue exploring my passion for performance in both recitals and operas.

I continued my studies, earning both an MM and DMA, and was introduced to the works of Leoš Janáček, Benjamin Britten, Kirke Mechem and, the late Mexican American composer, Daniel Catán. At the time, we were working on one of his operas, Il Postino. If you are not familiar with his works, I highly recommended them. They are filled with beautiful melodies, lush harmonies and, best of all, are written in Spanish. Notably, for the first time in my musical studies, I was singing in my native tongue.

Perhaps more exciting was that I, one of the few native Spanish speakers in my program, had the opportunity to assist in translating the libretto and coaching my fellow performers in the Spanish language. The situational icing on the cake was being honored by the opportunity to work with the composer himself while he visited the campus to watch our rehearsals. He was an incredibly kind individual who gave of his talents and time freely. This was a defining moment in my life as a singer because it acted as a catalyst for me to further explore the works of other composers like Catán.

I found myself researching more and more music written in Spanish. In doing so, I looked for popular anthologies to help me in my quest. Sadly, I found myself in a rut as there were few anthologies that were dedicated solely to this type of music, and the ones that did exist were primarily focused on composers from Spain. Regardless, I worked with what was available and made it a priority to program music in Spanish, particularly music from Central and South America since I was born in Honduras. It was important for me to have music that was representative of me as an individual and of my culture.

I was adamant to promote this music in my programming. Zarzuela arias became a staple in my audition package, even though many companies wanted to hear repertoire in English, German, French, and Italian. As I interviewed for university jobs, my recitals always included at least one song in Spanish. Although not always thought of as standard repertoire, I felt it spoke about me as an individual.

My current position as a professor at Texas Christian University has continued to emphasize the importance of, and continued programming of, music in Spanish, as well as works that promote diversity. Many of my music education students seek to learn music in Spanish to better facilitate future dialogue with their students, many of whom will be of Hispanic descent. My studio also has many Hispanic students whose first introduction to singing was done through mariachi or art songs in Spanish.

Being a professor has heightened my awareness of the lack of diversity in programming in academia and professional organizations. Looking back at my years as an undergraduate student, why was I never taught about composers of color? Was it because they were not deemed as important or as prolific as their contemporaries? What about female composers?

If my memory serves me right, I believe we briefly touched on Hildegard von Bingen, Clara Schumann, and perhaps Amy Beach. But three white women were the extent of my exposure to diverse composers. 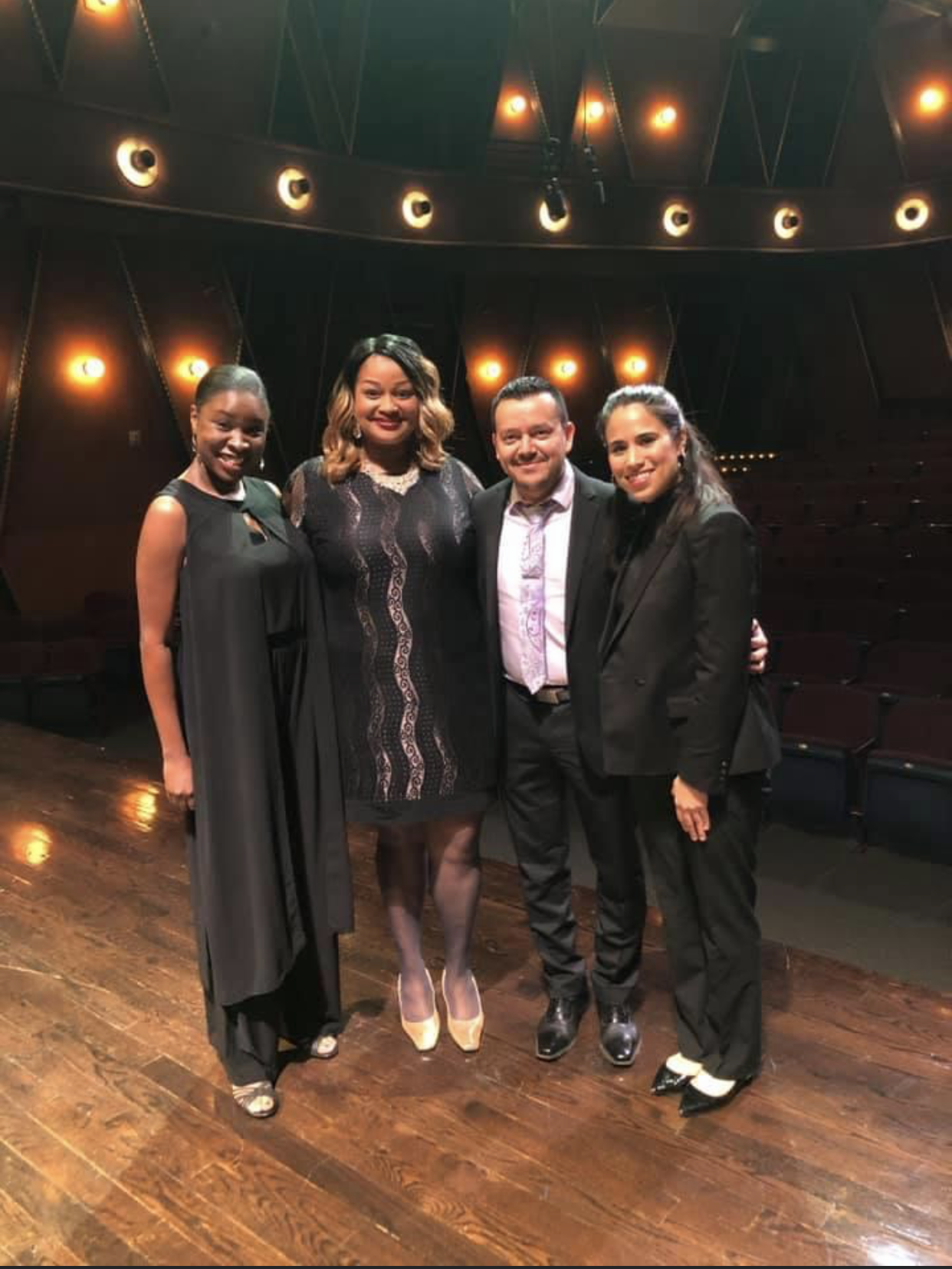 In the spring of 2017, while in my first year at Texas Christian University, I received a call from a friend seeking a baritone soloist to sing in her annually curated series on Black composers in Austin. I had never sung music by Black composers and was excited about the prospect of exploring yet another area of underrepresented composers. The concert was a success, and I was invited to sing on the series again the next year. This time the focus was on Black female composers, a program which included not only art songs but also spirituals.

I felt quite hesitant to sing spirituals as I was unsure whether I could do them justice. I did extensive research on this material to ensure that my performance served the music of each composer. Needless to say, this concert was an eye-opening experience for me as it made me fall in love with repertoire I had never thought to explore before. You could say that this was the second catalyst in my musical journey.

I now felt like it was my responsibility to showcase this music and introduce it to a larger audience. With the help of my friends Artina McCain (University of Memphis) and Gwendolyn Alfred (Texas Southern University), we created a recital series titled the Black Female Composer. Its purpose has been to bring attention to this repertoire and show how it can become part of the canon, particularly in the applied studio. We have been fortunate to now perform in several cities across the country and plan to resume our mission once pandemic restrictions start to lift.

I share all these personal stories for many reasons. The first is to show that I, like many current college students, followed the “typical” trajectory of American undergraduate education. This meant that I studied a curriculum that’s heavily focused on the “titans” of classical music, many of which were cisgender, European white men. I do not seek, by any means, to negate their contributions to our art form.

To this day, I still love listening to and singing Handel, Rossini, Mahler, Floyd, and Poulenc. For a long time, their music formed the bulk of my repertoire. But now I find myself on the other side as an instructor responsible for introducing students to new and diverse repertoire. My students learn and perform the works of these men, but I am also deliberate about seeking new music that encompasses composers of color and female composers.

The process of finding this music is not always easy, as many anthologies contain only a few selections by diverse composers. I am grateful, however, that newer anthologies solely focusing on the works of these individuals are now being published. There are many websites, like the Institute for Composer Diversity (www.composerdiversity
.com), with the goal of highlighting the works of these underrepresented composers. At the end of the day, it is important to me that my students of color and female students feel like they can connect to music written by people just like them.

The second reason I share these stories is to show that the repertoire of underrepresented composers can be sung by anyone as long as you do the music justice. I once heard the great André J. Thomas say that anyone can sing spirituals just as long as you perform what the composer intended, while respecting the performance practices of the genre. We are diligent about our study of German Lieder or French mélodies, and the same must be done for spirituals.

Do the homework and research and familiarize yourself with performance practices of new pieces, if available. If possible, reach out to composers. You would be surprised by how many composers are willing to chat with you about their music, because they are excited to have it performed. It is important to connect with music on a number of levels, whether it is through style, language, or genre.

Lastly, another important point of connection is through diversity in faculty. Students need to see individuals like themselves in faculty and leadership roles. I lived in Houston several years while working toward my terminal degree. I taught voice lessons at a local high school where the student body is well over 90 percent minority.

To this day, that is one of the most rewarding jobs I have ever held. All my students were very eager to learn and determined to succeed. On more than one occasion, our lessons included discussions where students expressed their desire to graduate and do what I was doing. They wanted to see themselves working toward a doctorate and eventually teaching at a university.

My response to them was always the same: anything is possible if you are willing to work hard for it. Over the years, I have heard from many of these students about their respective journeys, and many reference the impact our time together had on them. Looking back, my role then was so much more than just being a voice teacher. It was to inspire both hope and determination and, above all, to assert that representation matters!

James D. Rodriguez, a certified vocologist from the National Center for Voice and Speech, is an assistant professor of voice and voice pedagogy at Texas Christian University, where he teaches applied voice and oversees the graduate pedagogy program. He has performed several operatic roles and recitals and has presented at various conferences. His research interests include the works of underrepresented composers, interdisciplinary studies across genres, and the pedagogy of repertoire assignments as it ties into vocal health.